HuffPost Weird News documented all the action, including the red carpet event before the show. All the A-listers were there, including Natasha Nice, who was nominated for the best actress award. If deemed the winner, Nice said she'd place her award in her bathroom near the tub.

"I spend a lot of time there, especially in my scenes," she said at the red carpet event. "I like lesbian scenes a lot, and we find ourselves in the bathroom regularly."

Alas, by the end of the night, Nice didn't take home the prize. Lily Carter, a 22-year-old with less than three years of experience in the business, won best actress for a slew of titles she appeared in over 2012.

James Deen, who has made headlines for his role in an upcoming film that includes a sex scene with Lindsay Lohan, won male performer of the year. He told HuffPost Weird News before the ceremony that he didn't expect to win anything this year, though several of his competitors said he was likely to clinch at least one of his nominations.

View more of the winners below. AVN will make a full list of awards available on Sunday. 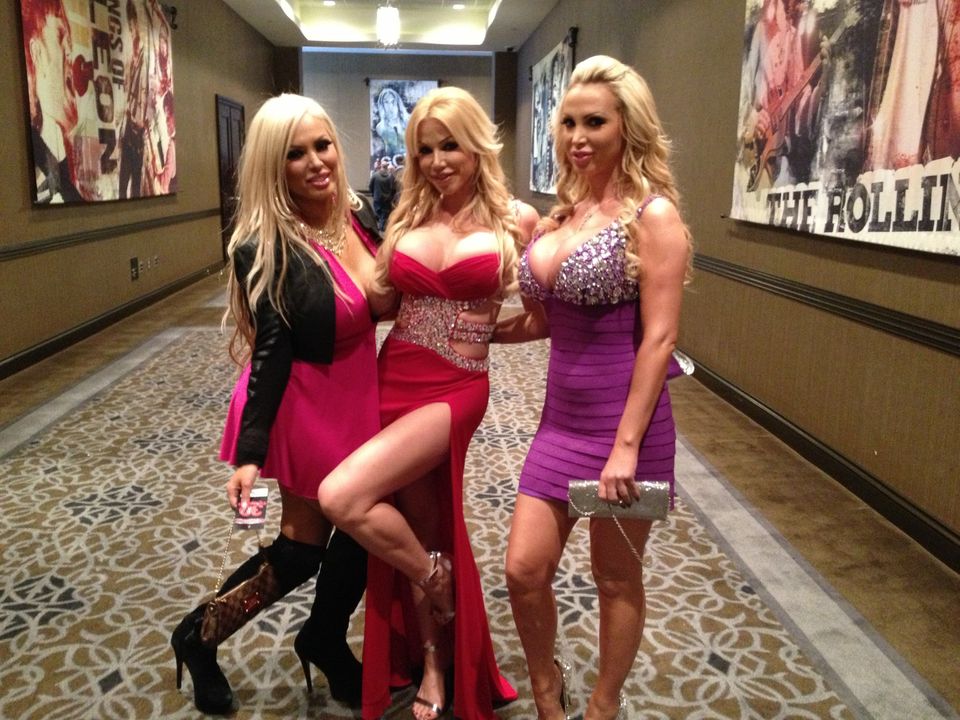