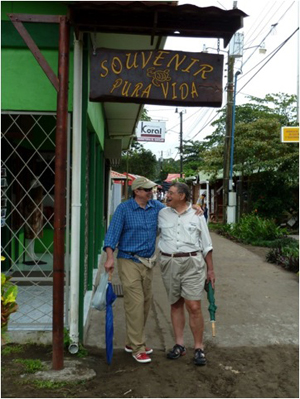 A few years back I did a stint as the president of Outward Bound, the organization that ushers folks through rough country to challenge, seek confidence, character development and clarity. One of its practices was to encourage participants while out in the wild to make journal entries, which were shared with others around the campfire and even back home. I had the privilege of reading many of these diary musings, and there was a common theme of inspiration found in mountaintops, sunsets, and waterfalls, all of which were majestic and picturesque. At the end of my tenure, I realized that perhaps no organization in history could claim to have provoked so much bad poetry and so many cliché-ridden tropes as Outward Bound.

But then I remembered my own early days authoring brochure copy for the adventure company I founded, Sobek, and realized I, too, was guilty as sin when it came to the travesty of cants department. With some attic rifling I untrunked the first brochure I penned offering river trips in Africa, and winced as I read: "civilization encroaches all too rapidly;" "Come to know the exotic flora, fauna and people...;" "It promises to be an adventure of several lifetimes." And then there were the prose eruptions of "breathtaking" (has anyone ever really lost breath over a travel site?); "timeless existence" (what does that mean?); and the so overused as to be vacant "wonderland," "paradise," "ultimate" and "scenic beauty." But what I prized most of my early scriptings was describing the Blue Nile with the phrase, "The Mount Everest of Rivers," which Google now shows includes the Amazon and Tibet's Tsangpo, and a raft of other lesser streams. 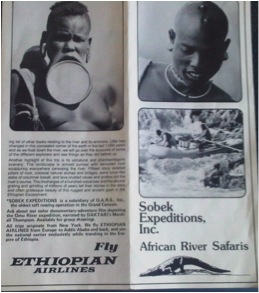 Mostly, though, I'm glad I didn't use "taste of history," "off the beaten path" or "when in Rome," all of which signal lazy-as-a two-toed sloth writing, and should alert the reader to beat a path to another tour operator.

A few weeks ago I was visiting my bird-of-a-feather friend Michael Kaye who founded one of the first eco-tour companies (and thus is partially responsible for the bad air that hangs around the platitudinous term, "eco-tourism"), Costa Rica Expeditions. We got to chatting about forensic tourism, and the overworked saws, chestnuts and tropes we've employed throughout the seasons. With a face lit up like a fairground, Michael pulled from his computer a guideline he prepared for his staff some years ago, wisdom tasty as a mouthful of scorpions, and I asked if we might make this available to a wider audience through HuffPost. He accepted, with alacrity, so herein please find:

Cliché: An expression or idea that has become weak, tiresome, stale, trite and hackneyed, through much repetition.

What makes the use of clichés so irresistible is that everybody uses them. Most of us have a natural desire to fit in, so we cannot resist using them as well. One reason why clichés are as common as dirt is that even though we know we should not use them, we often do not recognize them.

One way to recognize a cliché is that if you find you can't resist writing it, it is probably a cliché. The reason you have to resist no matter how hard it is, is that clichés are "weak, tiresome, stale," etc. Weak, tiresome, stale writing loses readers -- and sales. Here are two examples of clichés and how to avoid them:

Ok, it also has to be appropriate. So if ED is not acceptable and you cannot come up with anything else, just remember that, "Avoid clichés," is always more powerful than, "Avoid clichés like the plague."

If you absolutely cannot resist writing "lush" before "forest," "hearty" before "breakfast," or "cascading" before waterfall, keep practicing until you can resist. If the forest is particularly "lush" or the breakfast particularly "hearty" and you are sure that is important for the reader to know that, take the time and the trouble to write lively fresh descriptions. 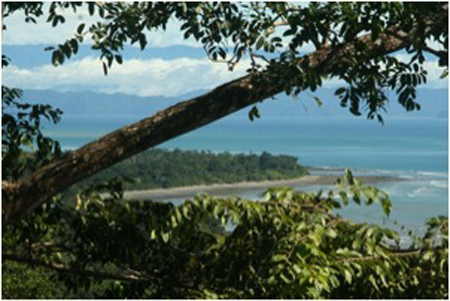 They won't obey you and you stifle their imagination.

Writing "amazing" is telling the readers they will be amazed. Writing "incredible" is telling them that whatever you are plugging is so good that they will not believe it. DO NOT USE THESE OR SIMILAR WORDS.

Write copy that is so good that the reader will spontaneously think, "Amazing! Incredible!" If you cannot do that (and it is not easy) writing amazing or incredible before whatever experience you are trying to sell will not help you.

"You will enjoy a hearty breakfast," breaks two of my rules and will result in death by ridicule.

Consider the sentence below that Mark Twain wrote on New Year's Day, 1867, after seeing Ometepe Island from a boat on Lake Nicaragua:

"Out of the midst of the beautiful Lake Nicaragua spring two magnificent pyramids, clad in the softest and richest green, all flecked with shadow and sunshine, whose summits pierce the billowy clouds."

How come Mark Twain can get away with, "beautiful," and "magnificent," when my writers cannot? It turns out there are at least 5 reasons: 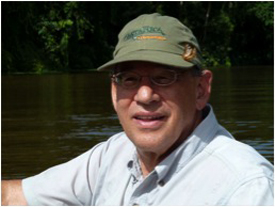