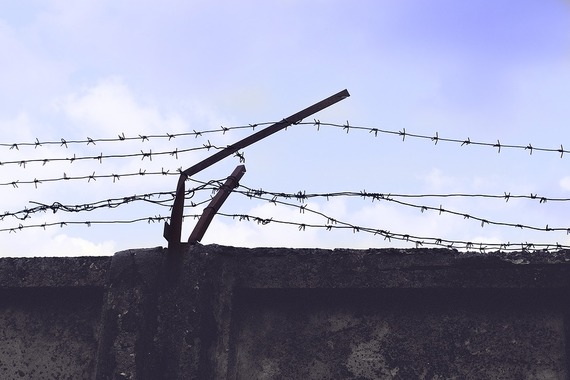 Some of the first years in my journalism career were in conflict zones--including covering the Pakistan/Indian Kashmir conflict for the National Geographic Channel and The New York Times Syndicate. War zones are terrifying. One always is worried about troublesome soldiers, speeding armed military vehicles, stray bullets, and whether there's a roadside bomb on your path. Anyone that approaches you is suspect, even kids carrying toys, which could be disguised explosives.

The one thing conflict zones teach you is that freedom is precious. The nearly 70-year Kashmir conflict has approximately a half million soldiers involved, so even if they're supposedly on your side (depending on what country you're in), you still feel under siege. My time in Israel, Palestine, Zimbabwe, Lebanon, Sri Lanka, Eritrea, and Yemen left me with the same feeling.

We face an unusual presidential election process in 2016, with some people claiming Donald Trump could usher in fascist policy if he wins. I doubt that, since Congress wouldn't allow it, but I worry that Trump's bold behavior could prove dangerous with our foreign policy--such as if he had to interact with Russia's Vladimir Putin. In my opinion, nothing is more critical for a nation than to strive for peaceful times and get along with others. Of course, Hillary Clinton comes with her own history of being pro-military, and frankly, in any kind of conflict, we will lose our freedoms and sense of security.

The implementation of the Patriot Act during George W. Bush's presidency was a good example of how we lost some freedoms. Notably, Libertarians hated it. In conflict times, we also take on serious existential risk; we must always remember there are 25,000 nuclear weapons in the world. War is emotional and can get out of hand way too quickly for our own good, no matter who is right or wrong.

It's always best to lessen conflict and try to work things out. It's always better to attempt peaceful negotiations and compromise, rather than accept military intervention. This doesn't mean as a US Presidential candidate I wouldn't advocate for military fighting under certain circumstances, but if America wants to continue down a path of prosperity, we must passionately avoid foreign conflicts. 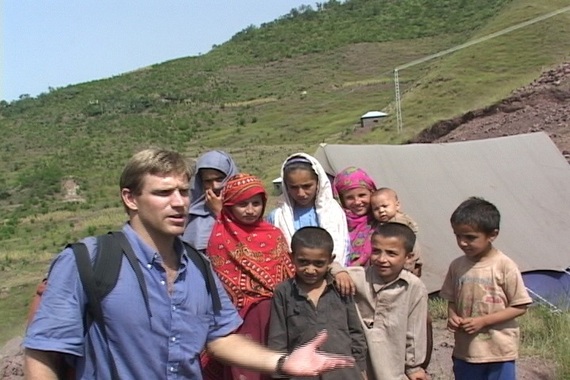 My Libertarian novel The Transhumanist Wager fictionally recounts some of my experiences in a conflict zone:

War always touches the essence of a person no matter how many times it's witnessed. As a participant, it remains perpetually novel. The smoke, fires, and explosions never seem to stop or burn out. The sight of bodies torn to shreds, children orphaned, and buildings in ruins are penetrating and humbling--it's life, elevated and unmasked. The slumbering alligator in our brain awakes and tries to take over. Tragedy mixes with the summoning of a better life.

Later, the description of war continues with an article by journalist Jethro Knights, the protagonist of the book:

Fourteen miles from Muzaffarabad, near the Line of Control in Pakistani Kashmir, a small bombed village is awash in activity--in tragedy. It's desperate and shocking. An old woman runs up to me, throwing her hands at my face. All ten of her fingers are pointing in unnatural directions--broken in different ways. She's another torture victim. To my right, a man wanders the dirt roads, calling out his child's name. In another part of the village, younger women grieve, complaining of multiple gang rapes by soldiers. I try to interview the husbands--those who are still alive refuse, turn away, and cry. War is a frothing beast.

People forget or don't realize it only takes a few hours for a political conflict between nations to escalate to a world war where millions may die. It's happened before. We must use caution and balance when we choose our leaders to take us forward. We are at a very special point in history, when science, technology, and the field of transhumanism will soon allow many amazing possibilities for America and the human race--including the elimination of aging, disease, and death.

But so far, technology and science have not given us the hope that they will stop war. We must therefore be on our guard not to incite war--and not to pick leaders that have a propensity to lead us into armed conflict.