Earlier this year, Avril Lavigne released a single called, “What the Hell.”

The title pretty much sums up our reaction when we heard that the Canadian songstress is showing her streetwear line Abbey Dawn at New York Fashion Week.

For those who missed her first show in 2009, Lavigne’s website offers the following recap:

Abbey Dawn’s Spring 2012 collection will show at the Style-360 Metropolitan Pavilion, a venue where we’ve seen other displays of sartorial splendor by esteemed names in fashion such as Kim Kardashian for Bebe in 2010. Alas, Kim -- step-sister of Avril’s beau, Brody Jenner -- will not be participating in NYFW this season (at least as a designer).

In the meantime, Avril's press release promises "a high-energy runway fashion show." Can’t wait! Perhaps we’ll attend wearing one of the sk8ergirl’s designs (we hope this comes in our size). 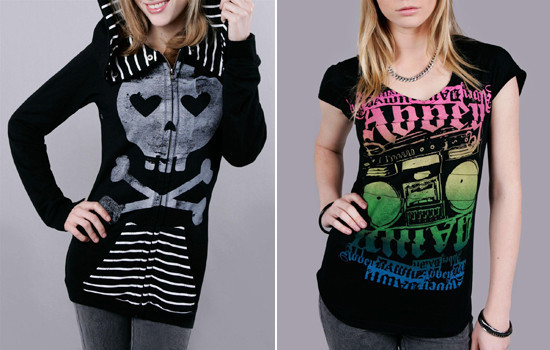