Avril Lavigne is known for her mall-punk style, seldom abandoning her Hot Topic-inspired wardrobe, but the singer shows off her sultry side in the new music video for "Goodbye."

Lavigne spends the entire video moping around a hotel room at the Chateau Marmont in L.A., while wearing skimpy black lingerie and a blond wig, and shaving her legs with a bottle of wine.

The song is on her latest album, "Goodbye Lullaby," and we can only guess that the lyrics "Goodbye brown eyes/Goodbye for now/Goodbye sunshine/Take care of yourself" are referring to ex-husband Deryck Whibley, who actually helped produce six songs on the record, though they divorced in 2010.

Though she was marketed as the anti-Britney of pop princesses in the early 2000s, this video feels like a desperate attempt to relaunch Lavigne not only as an adult, but as a sex kitten.

It's not the first time Lavigne has tried a sexier image, but she's always reverted to her skater-kid roots. Even her most recent photo shoot, for FHM Australia last month, still have a "backstage at Warped Tour" feel to them. Perhaps the video is a signal that Lavigne is finally ready to leave the pop punk days behind her.

To check out her new video, skip ahead to the 1:45 mark:
PHOTO GALLERY
Download
Calling all HuffPost superfans!
Sign up for membership to become a founding member and help shape HuffPost's next chapter
Join HuffPost 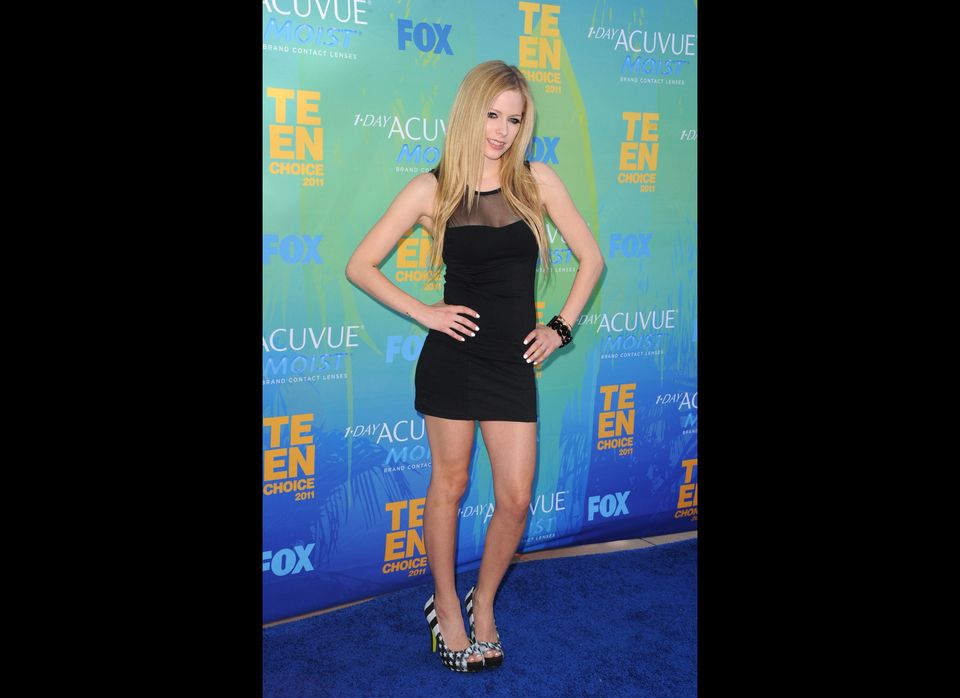