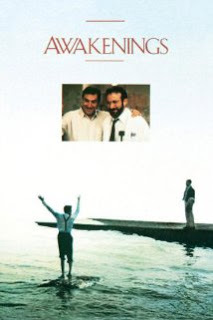 Oliver Sacks the prominent neurologist who recently died ("Oliver Sacks, Neurologist Who Wrote About the Brain's Quirks, Dies at 82," NYT, 8/30/15), wrote about his own prosopagnosia ("Face-Blind," The New Yorker, 8/30/10) which is the inability to recognize faces. But it was curious that he had an extraordinary ability to recognize and empathize with the conditions of his patients. This particular contrariety of his nature, in fact, epitomizes the way in which he regarded disabilities. It's like the homily "one door closes and another opens." He created a brilliant compromise formation from his condition--minds not faces, insight over sight-- which opened up a whole area of what might be called narrative neurology. His patients' infirmities became the subject of great stories which humanized and helped understand anomalies of being. Thus he wrote about the The Man Who Mistook His Wife for A Hat: And Other Clinical Tales, Seeing Voices: A Journey Into the World of the Deaf, The Island of the Color Blind and a book which dealt with Temple Grandin, the autistic professor of animal science, An Anthropologist on Mars: Seven Paradoxical Tales. And speaking of narratives his 1973 book about encephalitis, Awakenings, was made into the l990 film starring Robin Williams. Sacks died of cancer rather than prosopagnosia or any of the ailments he wrote about. However, once he received a terminal diagnosis he set about describing it and the way it affected his consciousness, as if he were one of his own patients--only in this case the exotic condition was death. In an Op-Ed piece, "My Periodic Table," (NYT, 7/24/15) commenting on the comfort he had always found in the "physical sciences, he wrote,

"I have tended since early boyhood to deal with loss--losing people dear to me--by turning to the nonhuman... And now, at this juncture when death is no longer an abstract concept, but a presence--I am again surrounding myself with metals and minerals little emblems of eternity."

In an earlier piece "My Own Life," (NYT, 2/19/15), he quoted David Hume in prescribing a treatment for his end, "I now reckon upon a speedy dissolution. I have suffered very little pain from my disorder; and what is more strange, have, notwithstanding the great decline of my person, never suffered a moment's abatement of my spirits. I possess the same ardour as ever in study and the same gaiety in company." And later in the same piece he wrote somewhat more darkly, "

When people die, they cannot be replaced. They leave holes that cannot be filled, for it is the fate--the genetic and neural fate--of every human being to be a unique individual, to find his own path, to live his own life, to die his own death."

Sacks enjoyed an odd kind of defiance, something that was also shared by Tony Judt, the NYU historian whose dying became his own raison d'être and the catalyst for a number of essays that appeared in The New York Review of Books. The late Sherwin Nuland wrote a book called How We Die: Reflections on Life's Final Chapter, but Sacks and Judt seem to have added a new stage or category to the death process and one that eschews the feelings of meaningless and nothingness that one might expect in a person who will soon no longer be able to enjoy the fruits of his or her labors. Sacks wrote,

"I feel intensely alive, and I want and hope in the time that remains to deepen my friendships, to say farewell to those I love, to write more, to travel if I have the strength, to achieve new levels of understanding and insight."