1. knowledge or perception of a situation or fact.
"we need to raise public awareness of the issue"
2. synonyms: consciousness, recognition, realization

September is Childhood Cancer Awareness Month, and as I sat eating dinner with my family the other night, I told my husband, Stuart, that I should write something for this month of awareness. I blurted out, "Awareness. What a bullsh*t word. That word is the problem." And just like that, this blog post was born.

I'm sure the word "awareness" comes from back in the day, when no one spoke of cancer. The "C" word, as it was called. People died quietly. Very rarely was a child with cancer even seen. Probably because there were no real treatments for them, so they died so quickly. Even 20 years ago, they were barely saving one child who was diagnosed with neuroblastoma, we were told at our consultation with Memorial Sloan Kettering Cancer Center. Hell, we were told that our daughter, Isabella, wouldn't have survived her brain relapse if it had occurred just three years earlier. Isabella would have been dead 9 months after her initial diagnosis. There wouldn't even have been enough time for me to get her story out to you. So, awareness month was a good thing back then... hey, meet this little 3-year-old with cancer... Nope, wait.. She's already gone.

But now, times are changing. These kids are fighting harder and longer. Their stories are getting out there because the chemo drugs are not curing kids, but they are extending their lives. People ARE aware of them. Awareness of pediatric cancer is out there. But now we are getting stalled because the movement is not moving.

Here is what a typical pediatric cancer month looks like: You "like" a couple of Facebook posts about childhood cancer or maybe even "share" one. You think about signing up for a childhood cancer 5k, but your life is busy, so you don't get around to it. You take your kids to soccer practice and do homework and have drinks with girlfriends and go to work and church and read People magazine to catch up on your favorite celebrities and see how short Lindsay Lohan's shorts were in NYC the other day... "Oh, no she didn't," you say. And then, you are running errands in late September and start noticing the city turning pink and think, I need to schedule that mammogram.

Then it is October 1.

Did you know that the 2012 cost of government elections was more than 6.2 billion dollars? Did you know that in 2012, the cost to RE-ELECT the SAME president was estimated to be 2.6 billion dollars? That is something you should be aware of. Because in 2012, we spent less that 10 percent of that 2 billion dollars funding childhood cancer research, or less that 5 percentof the 6 billion-dollar-cost of 2012 government elections. And just 4 percent of the total cancer funding goes to pediatric cancer. Also scary to think about, 60 percent of all funding for drug development for adult cancers comes from pharmaceutical companies. What is the percentage of funding for drug development from pharmaceutical companies for childhood cancer research? Almost zero. Why? Because children's cancer drugs aren't profitable. Ouch.

There is some awareness for ya!

So, back to my issue with this "awareness" word. The movement I want to start is this... Let's maybe change what your September looks like. Print a picture of my daughter. Tape it to the back of the doors in your house. That's right, the front door and the back door. Every time you walk out the door, take a look at her. 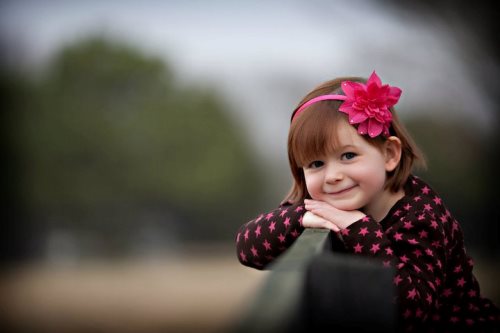 She died in my bed on a Thursday morning around 9:30 while her little brother was at camp at the YMCA. She was 7 years old. She died about 80 years early. She also died because she ran out of treatment options. She died because her cancer has very little funding and her drugs aren't profitable.

Look at her picture when you walk out the door for your awareness. "Awareness." Check. But then, when you get in your car to take the kids to school, go to work, go to the gym... think about something you can do that is ACTION. Forget awareness. September is Childhood Cancer "ACTION" Month. Do something that day that is action to save a child's life. Sign up for race, make a donation, research what is really going on, ask your friends to help, talk about it, have a lemonade stand, write your congressmen, help a family who has a child with cancer. Can't think of something to do for 30 days? Email me, I'll help you with your list.

Cancer is an epidemic in this country and I'm confused as to why people aren't freaking out more than they are. Probably because they don't have it... yet. Or maybe because we are all so "aware" of cancer, but aren't taking action against it. Maybe we are all waiting for the future of cancer. In the new Matt Damon movie, Elysium, set in an imagined future, a quick scan on your body just "SNAP," gets rid of it. The truth is, that is not even a remote possibility in your lifetime.

So, let's not make this month about just liking a Facebook e-card about cancer or reading a family's caringbridge entry and then walking away. Let's all admit that awareness is just a legacy, bullsh*t word and lets all commit to making this month about action. Action saves lives, awareness does not. Find out more ways to help here.

Read more about my journey www.summerofthedragonfly.com