In the last part of a three-part interview series with Patrick Bergin, CEO of African Wildlife Foundation, we discuss the real value of empowering struggling Africans living near wildlife and also the direct link to a decrease in poaching in those areas.

In part one of this interview, I caught up with Bergin just a couple days before he headed off to Asia to co-host a China-Africa dialogue on wildlife and sustainability. The interview ended with an idea that has the potential be a game changer for the illegal wildlife trade.

We will never win the war on poaching unless we get the Asian demand countries on side through education and legislation; however, that will take patience and a whole lot of political will, and in the meantime Africa's wildlife is haemorrhaging. An elephant is killed every 15 minutes, and a rhino every nine hours, and in part two of this interview series I raised the contentious issue of the South African government wanting to legalize the rhino horn trade.

You can't get the genie back in the bottle," says Bergin. "Even with the elephant ivory trade there have been unintended consequences, and to take rhino, which is down to such low numbers, and embark on this grand experiment, it just has risks that people should not be glib about.

Morally speaking, if the rhino horn trade were to be legalized, we're dealing not only with Asia's insatiable demand for status products, but also a lot of people who truly believe rhino horn (made up of keratin, the stuff of fingernails) has medicinal healing properties. Any kind of legalization of the rhino horn trade would amount to endorsing rhino horn as medicine, which it's not. Very sick people could literally stake their lives on this animal product, and that could be fatal.

Statistically speaking, the numbers don't match up. In a recent report published by OSCAP, it shows that if just 1 percent of the consuming Asian nations used five grams of rhino horn per annum, they would require 372.25 tons. Conservatively speaking, according to the same OSCAP report, the harvesting of horns from farmed rhinos would yield around 15 tons annually, a shortage on demand by about 357 tons.

Speaking as an African, isn't it about time all Africans stop pandering to greed and think long term about what is best for Africa? Because right now, at a frighteningly fast pace, we are losing our natural heritage to both poaching and foreign economic development and extraction of our natural resources.

Creating sustainable livelihoods for Africans living near wildlife is a business model African Wildlife Foundation has been shaping for more than 15 years, and they are successfully harnessing the power of impact investments to save wildlife and help people. Through their subsidiary, African Wildlife Capital (AWC), they are using social capital to fund profitable small to medium-sized conservation enterprises.

"One of the things that has always bothered me is tokenism," says Bergin. "Where you get, for example, a game lodge that puts glossy brochures in all the rooms to say they work with the local communities. But if you scratch below the surface it's really often no more than just a token. Guests are paying hundreds of dollars a night to sleep at that lodge, but if you look at 'community benefit,' most often it is trivial, maybe they employ a local taxi driver or something like that. That's not sharing with the community. Rather than tokenism, AWF's model is to ensure communities have real equity in the business."

In the past, investors would come into an area and recruit people for minimum wage. AWF wanted to flip that on its head and do business the right way.

"We value the inputs the investors bring to the table, such as expertise and marketing channels, but the community also brings things to the table. They own the land, they have the political goodwill, and they are the ones that can keep the area safe for wildlife. So let's value all of these things together and move forward as a joint venture and sustainable business."

All of the businesses funded through AWC have to have a strong conservation angle, such as saving habitat and ultimately preserving wildlife. Bergin then went on to cite an example of how empowerment of Africans living near wildlife is also a deterrent to poaching.

But the extent of poverty is so far reaching, is it solvable? Does AWF prioritize empowerment of African communities alongside demand-reduction campaigns in Asia or frontline protection of wildlife?

"Long term we absolutely do. It has been our approach for many years, and when I first joined AWF it was a critical part of the community programme. Just going back to the business model, it's really important to get the model right. The way that we structure these business deals is we make sure that the community retains ownership of the land and buildings as fixed assets, and that they receive a top line percentage of the gross revenue, because otherwise the reward for communities to protect their wildlife is too small and too distant."

Since I returned to my African homeland two months ago to write stories from the frontline of the poaching crisis I have seen firsthand, in both South Africa and Mozambique, that if you get communities on side, you save wildlife. Part of the solution is educating the villages from which poachers are recruited as to the real value wildlife could bring to them long term.

Economic growth is also the highest single objective for African governments, and it's imperative that we show the link between conservation and economic success. This is one more tool in the box to encourage African governments to take effective measures to save what little wildlife we have left. We need to tell this story again and again, so that eventually it becomes part of business DNA.

AWF - Conservation Investment - How it works

Based on the various conservation enterprises that AWF have been involved in over the years, the revenue generated from those is generating on average about $2million annually for local communities across a whole spectrum of landscapes. For example, a community-owned lodge is owned by communities (they own all fixed assets) and they own the land the lodge sits on. A tour operator is brought in as a partner to help run the marketing and high-end operations of the facility. Community members, as partners and part-owners, benefit as 1) members of the local community are hired as employees at the lodge, 2) a percentage of the revenue generated (from bed night fees) by the lodge goes to the community, and 3) a conservation fee that tourists pay for accessing the community land goes to the community. Spread out across all the different community lodges and other types of enterprises that AWF has engaged in with local communities, these are helping generate this individual and community income. 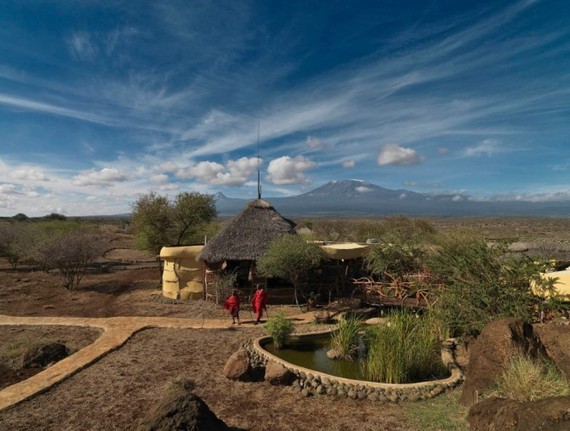 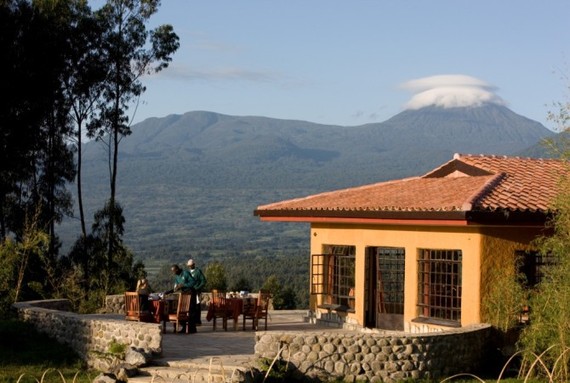 Sabyinyo Silverback Lodge. Sabyinyo is also a community-owned lodge near Rwanda's Volcanoes National Park, home to the critically endangered mountain gorilla. With income from the lodge, the community has been able to build 10 school classrooms, 20 houses, and six communal water tanks, among other investments. Photo credit: Governor's Camp Collection 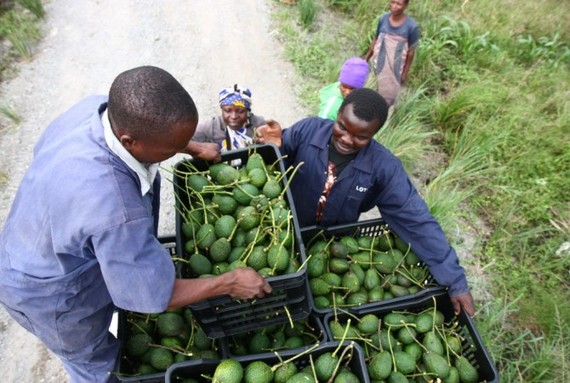 Rungwe Avocado Company. Rungwe in southern Tanzania was African Wildlife Capital's (AWC's) first investee. Its operations are located near an important montane grassland ecosystem and the business, via a "conservation covenant" with AWC, is limited agricultural sprawl in the area while improving livelihoods for 2,000 local farmers through an outgrower scheme. Photo credit: Carolin Schmidt