Though MTV's "Awkward" is still in the midst of its sophomore season, the network has decided to renew the critical hit for a third, supersized season, The Hollywood Reporter exclusively revealed.

The third season of the high school-set comedy, created by Lauren Iungerich, will grow from 12 half-hour episodes to 20. "Lauren Iungerich’s creative vision, coupled with this extraordinarily talented cast, make 'Awkward' the perfect series for MTV," MTV head of programming David Janollari told THR. "Critics and our audience alike have fallen in love with 'Awkward,' and we're thrilled to bring this terrific series back for a third, supersized season.”

"Awkward," which is will air Episode 5 of Season 2 this week, revolves around social outcast Jenna Hamilton (Ashley Rickards) who's stuck between Jake (Brett Davern) and Matty (Beau Mirchoff) and has even more awkward situations to deal with at home.

The series is No. 1 in its Thursday time slot among teens and women 12-34.

Recently, Mirchoff took home the Teen Choice Award for breakout star for his performance on "Awkward." "I know it’s bad that I want validation from a surfboard, but I don’t care," he told HuffPost ahead of the ceremony. "It will be everywhere [in Season 3]! Matty is a surfer, but that’s never been mentioned in the show. Maybe they’ll bring that out next year because I’ll refuse to let go of my surfboard. And after every conversation, I’ll thank my fans."

Though it's doubtful the surfer storyline would come into fruition, it's nice to know "Awkward" stars appreciate their fans. 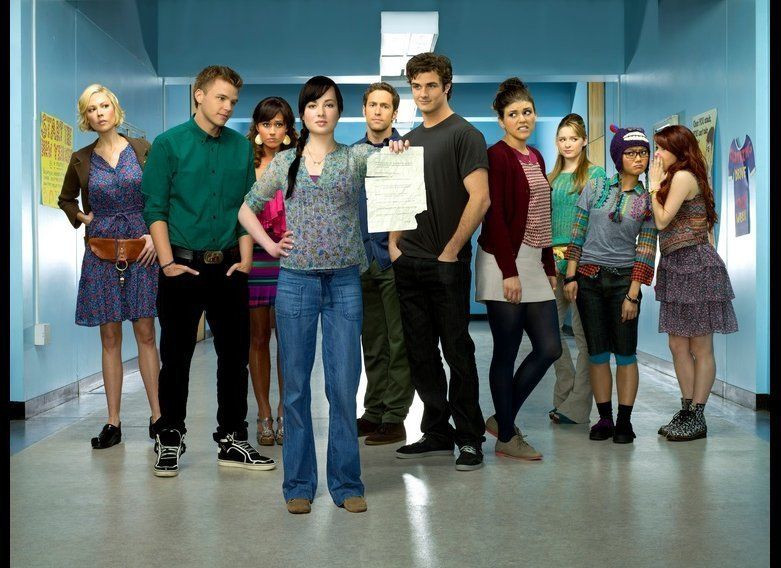