Less than two years after an Army officer killed 13 people in a shooting attack on Fort Hood, police have arrested an AWOL soldier with weapons and explosives who reportedly confessed about his plans to attack the base in Killeen, Tex.

Officers from the Killeen Police Department apprehended a man alleged to have been in possession of firearms and bomb-making materials after authorities received a tip about a suspicious individual, Fox News reports.

The suspect -- identified in multiple media outlets as Pfc. Naser Abdo -- was assigned to a Kentucky base, but had reportedly gone absent without leave around July 4 after officials accused him of possessing child pornography on his government computer.

“Yesterday afternoon, at about 2 p.m., we arrested a Fort Campbell, Kentucky, AWOL solider who was wanted for child pornography," Killeen Police Department spokeswoman Carol Smith told The Huffington Post. "He was arrested at the America’s Best Value Inn, and that's all I can confirm for you right now. He is in our jail, but anything else I can't comment on."

FBI spokesman Erik Vasys claimed firearms and "items that could be identified as bomb-making components, including gunpowder" were discovered in the suspect's motel room, according to NBC DFW.

Abdo has admitted to authorities that was planning an attack on Fort Hood, according to an Army alert obtained by the Associated Press.

Abdo joined the military in 2009 and was assigned to the 101st Airborne Division at Fort Campbell. In 2010, he refused to deploy to Iraq on the grounds that it went against his Islamic faith. Abdo, who was 20 years old at the time, filed paperwork to be discharged as a conscientious objector.

“I knew that if I went to Afghanistan and, God forbid, something were to happen, that my faith was so weak that I wouldn't be admitted into heaven,” Abdo told Fox News in September 2010.

A conscientious objector, as defined by Army Regulation 600-43, is a person who is "sincerely opposed, because of religious or deeply held moral or ethical (not political, philosophical, or sociological) beliefs, to participating in war in any form."

Speaking with CNN in 2010, Abdo explained that his religion prevented him from going to war.

"I started really asking myself and taking the question more seriously, whether God would accept what I was doing and whether I was really meant to go to war, as opposed to the peace that Islam preaches," he said.

The Army approved Abdo’s request, but after returning from a tour of duty in Afganistan on July 4, he disappeared amidst allegations of child pornography possession.

On Wednesday, police received a tip from a gun shop owner in Killeen after a suspicious man asked questions about 40-caliber ammunition and purchased 12-gauge ammunition and a magazine for a pistol, according to CNN.

The manager of Guns Galore confirmed to The Huffington Post that the suspect shopped at his store, but declined to offer many details about the individual.

“I can’t really say a whole lot," said the manager, who refused to give his name. "Did he make a purchase? Yes. Did he make more than one purchase? No.”

Abdo paid for his purchases in cash and left the shop in a taxi cab before buying an army uniform from a surplus store, according to CNN.

The suspect was overheard threatening to attack a U.S. army base -- potentially Fort Hood, MSNBC reported.

Investigators are also looking into two other servicemen who raised security concerns, according to Fox News.

Fort Hood officials released a statement emphasizing that the suspect has no formal connection with the Texas base:

"We are aware at this time that the Killeen Police Department arrested a Soldier yesterday. The incident leading to the arrest did not occur on Fort Hood and the Soldier was not a Fort Hood based Soldier ... At this time, there has been no incident at Fort Hood. We continue our diligence in keeping our force protection at appropriate levels."

Fort Hood, the nation's most populous military installation, was the scene of a brutal shooting spree on Nov. 5, 2009.

Download
Calling all HuffPost superfans!
Sign up for membership to become a founding member and help shape HuffPost's next chapter
Join HuffPost
Voting Made Easy
Register to vote and apply for an absentee ballot today
Register now
Ben Muessig
Contributor 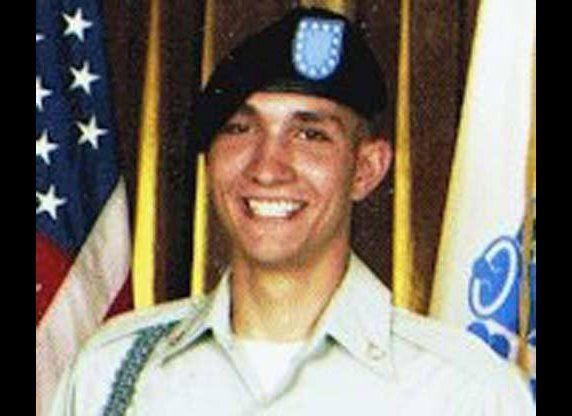 1 / 7
This photo shows Pfc. Naser Abdo. Abdo was arrested by Killeen police after allegedly being in possession of bomb making materials. Abdo was assigned to a Kentucky base but had gone AWOL after being accused of possessing child pornography.
Facebook