Awtar Singh Khalsa is the President of the National Committee of Hindus and Sikhs of Afghanistan and the head of Kabul's Dharamshalas Committee for Hindu worship centres. Singh served as the Sikh representative to the Loya Jirga from his home district of Paktia, and was appointed as a senator in 2004 for a five year term. He served in the Army from 1981 to 1990 and subsequently worked as a teacher of his mother tongue and Punjabi. 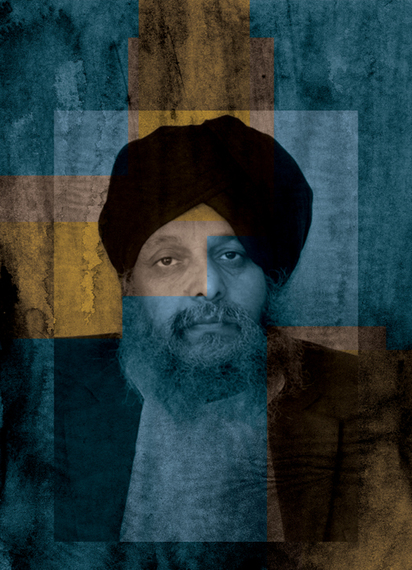 The government has never protected the rights of the Hindus and Sikhs in Afghanistan. We have visited the Parliament and the President's Office several times and to demand our due rights. We once staged a peaceful demonstration and followed it up with a news conference. But despite all our efforts, nobody has listened to us so far.

During the Taliban's rule in Kabul, they intended to implement a law with 16 articles limiting our rights, but fortunately not all of those regulations were fully implemented. For example, the law prohibited Hindus and Sikhs from building new worship centres, riding horses in the city, wearing clothes similar to Muslims, shaking hands with Muslims, and living in a house with Muslims. We also had to fly yellow banners above our houses and shops to distinguish ourselves.

What are the most important achievements since the time of the Taliban in Afghanistan?

We did not have many schools in Afghanistan in the past. Now, tens of thousands of private and state schools are operating in Afghanistan. That is a major achievement. There has been significant renovation and construction of infrastructure, such as roads, highways, and hospitals in the country.

What has attracted your trust in the present system? What do you see as an innovation or a positive development?

Unfortunately, in my opinion, nothing meaningful has been done. Under the previous regimes, the Hindu and Sikh brothers controlled about 50 percent of trading, but all this was lost during the wars. The government has not paid any attention to this issue.

Furthermore, we have been burning our dead in the same place for the past 120 years. Now, the Muslim inhabitants who live in that neighborhood are strongly protesting against our right to perform our mortuary rituals -- they want us out of there. The issue is still not resolved.

In 2002, we asked the Presidential Office for housing for the Sikh and Hindu communities. Although the Presidential Office approved our request, the Ministry of Urban Development and Kabul's City Council have not yet given us a place to live. After much work, the City Council of Kabul has allocated some land to us in the Lattaband area, which is not even within the map of Kabul. Perhaps, they mean that we should leave the city. They gave the Hindus and Sikhs a place for rubbish disposal as a place to live.

This won't happen in my opinion, because the Taliban that ruled Afghanistan in 1996 will not come back with the same mentality if they are included in the government after 2014.

What are the factors that deter women from participating in social, economic, political, and cultural spheres?

It is a great shame for Afghans that most families do not allow girls to study. For example, in Kandahar, Helmand, Khost, Paktia and Paktika provinces, women are not even allowed to leave the home, let alone to go to school. In those provinces, even the Hindu and Sikh women wear burqas when they leave the house.

What changes to women want to see?

Women want to have a greater share of power. They are present in most decision-making institutions -- for example the Parliament and government ministries, the police and the army -- but they expect more. They should be given up to 50 percent. The law has enabled them to study. The real groundwork must be done now to allow women to benefit from that right.

I have always endeavored to eliminate prejudices. Basically, I believe that humanity is important, not religion. If humanity is the base, then religion will prosper by itself. I have worked as a teacher in two provinces: Paktia and Kabul. It is an honor for me that people who were once my students are now teaching other children and serving their society.