She's no longer just a face in the crowd.

Belgian teen Axelle Despiegelaere has landed work as a model for L'Oreal after photos of her cheering on her country at the World Cup circulated the Internet. 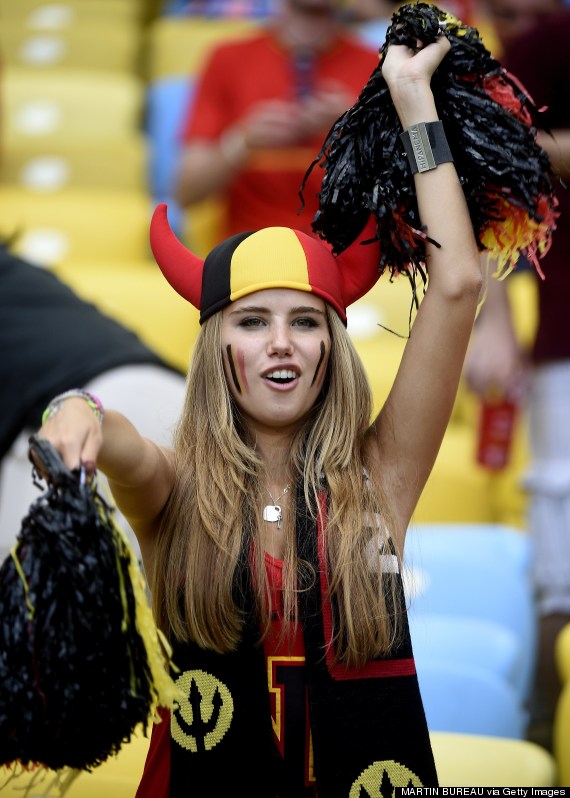 The images of Despiegelaere in her fan paraphernalia were taken during June group play. On Tuesday, the 17-year-old took to Facebook to announce that she has accepted a contract offer from L'Oreal. Her page (now private) had amassed hundreds of thousands of followers.

But some French language outlets, citing comments by L'Oreal, reported that while Despiegelaere had done a few photo shoots for the beauty company, she did not have a contract.

She can be seen in a L'Oreal YouTube ad (watch below) but that may be the last job she does for the company. According to the Independent, L'Oreal has cut ties after photos of her on a big-game hunting trip generated backlash on social media.

@Loreal @LOrealParisUSA what do you think of this post by your new model Axelle Despiegelaere? pic.twitter.com/Xn4lZrckLs

A L'Oreal spokesperson said that while the company was aware of the photo, the company wouldn't say whether it played a part in the company's decision, the Independent wrote. The company also re-emphasized that the video below was done on an "ad-hoc basis," thus completing her work.

This post was updated to include information reported by the Independent.