In her latest book, Somali-born author and activist Ayaan Hirsi Ali, known for her controversial views on Islam, argues that the religion is not a peaceful one and calls for "a Muslim Reformation."

Ali says she hopes Heretic: Why Islam Needs a Reformation will show those she deems her harshest critics -- Muslims and Western liberals -- what she's been professing all along: that faith and modernity aren't compatible, and that the recent surge in extremist attacks in the name of Islam is an even greater indication that something more monumental must be done.

See below for an excerpt from Ali's new book.

Speaking at a press conference, President ______ said: "We condemn this criminal act by extremists. Their attempt to justify their violent acts in the name of a religion of peace will not, however, succeed. We also condemn with equal force those who would use this atrocity as a pretext for Islamophobic hate crimes."

As I revised the introduction to this book, four months before its publication, I could of course have written something more specific, like this:

On January 7, 2015, two heavily armed, black-clad attackers burst into the offices of Charlie Hebdo in Paris, opening fire and killing a total of ten people. The attackers were filmed shouting "Allahu akbar!"

But, on reflection, there seemed little reason to pick Paris. Just a few weeks earlier I could equally as well have written this:

In December 2014, a group of nine heavily armed, black-clad men burst into a school in Peshawar, opening fire and killing a total of 145 people.

Indeed, I could have written a similar sentence about any number of events, from Ottawa, Canada, to Sydney, Australia, to Baga, Nigeria. So instead I decided to leave the place blank and the number of killers and victims blank, too. You, the reader, can simply fill them in with the latest case that happens to be in the news. Or, if you prefer a more historical example, you can try this:

In September 2001, a group of 19 Islamic terrorists flew hijacked planes into buildings in New York and Washington, D.C., killing 2,996 people.

For more than thirteen years now, I have been making a simple argument in response to such acts of terrorism. My argument is that it is foolish to insist, as our leaders habitually do, that the violent acts of radical Islamists can be divorced from the religious ideals that inspire them. Instead we must acknowledge that they are driven by a political ideology, an ideology embedded in Islam itself, in the holy book of the Qur'an as well as the life and teachings of the Prophet Muhammad contained in the hadith.

Let me make my point in the simplest possible terms: Islam is not a religion of peace. For expressing the idea that Islamic violence is rooted not in social, economic, or political conditions -- or even in theological error -- but rather in the foundational texts of Islam itself, I have been denounced as a bigot and an "Islamophobe." I have been silenced, shunned, and shamed. In effect, I have been deemed to be a heretic, not just by Muslims -- for whom I am already an apostate -- but by some Western liberals as well, whose multicultural sensibilities are offended by such "insensitive" pronouncements.

My uncompromising statements on this topic have incited such vehement denunciations that one would think I had committed an act of violence myself. For today, it seems, speaking the truth about Islam is a crime. "Hate speech" is the modern term for heresy. And in the present atmosphere, anything that makes Muslims feel uncomfortable is branded as "hate."

In these pages, it is my intention to make many people -- not only Muslims but also Western apologists for Islam -- uncomfortable. I am not going to do this by drawing cartoons. Rather, I intend to challenge centuries of religious orthodoxy with ideas and arguments that I am certain will be denounced as heretical. My argument is for nothing less than a Muslim Reformation. Without fundamental alterations to some of Islam's core concepts, I believe, we shall not solve the burning and increasingly global problem of political violence carried out in the name of religion. I intend to speak freely, in the hope that others will debate equally freely with me on what needs to change in Islamic doctrine, rather than seeking to stifle discussion. 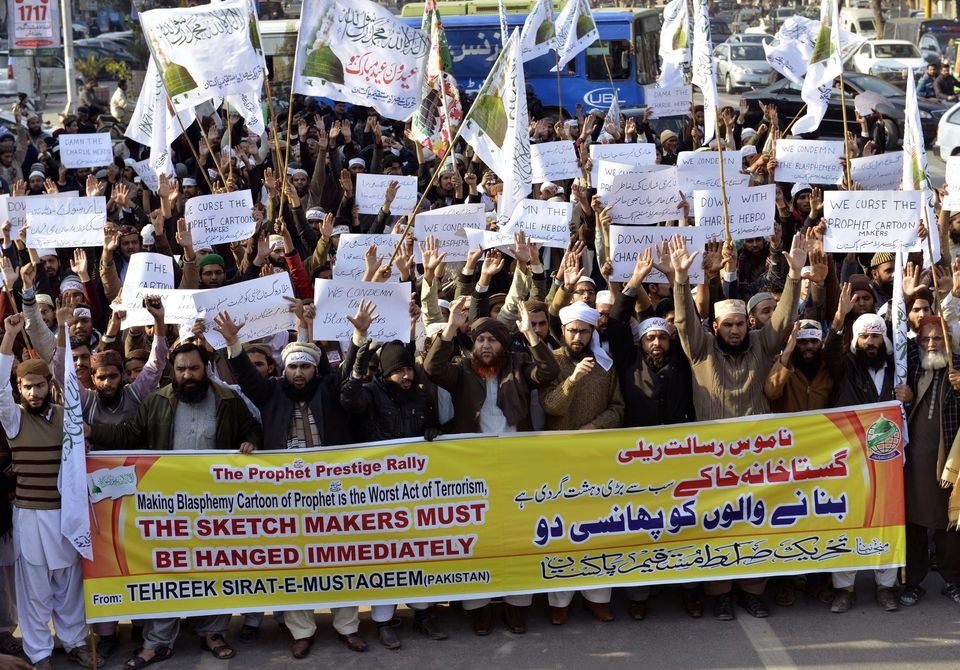