RIYADH, May 3 (Reuters) - Iraqi al Qaeda's entry into Syria's civil war caused "a political disaster" for Islamist militants there, the movement's global leader Ayman al-Zawahri said in a video message, urging the faction to redouble its efforts in Iraq instead.

Zawahri has repeatedly tried to end infighting between the Islamic State in Iraq and the Levant (ISIL) and another al Qaeda-aligned group, the Nusra Front.

He said on Friday in a message translated by SITE Monitoring that if ISIL had accepted his decision not to get involved in Syria and had instead worked to "busy itself with Iraq, which needs double its efforts" then it could have avoided the "waterfall of blood" caused by militant infighting.

ISIL militants joined the conflict in Syria last year and unilaterally declared they were taking over the Nusra Front, which had won the admiration of many rebels fighting Syria's President Bashar al-Assad for its battlefield prowess.

Zawahri, who has run al Qaeda since Osama bin Laden was killed in May 2011, accused ISIL's leader, Abu Bakr al-Baghdadi, of "sedition" and said rebel disunity had been handed "on a plate of gold" to Assad, the ultimate target of all Sunni Islamist groups in Syria.

Zawahri said Baghdadi should instead redouble his efforts against the Iraqi government, led by Prime Minister Nouri al-Maliki who is a Shi'ite - an Islamic sect regarded by al Qaeda as heretical. Shi'ism is the dominant sect in Iran.

He said that toppling Assad would "cause the elimination of more than half of the Iranian power alliance that seeks to establish a Shi'ite state from Afghanistan to south Lebanon".

On Wednesday the United States said al Qaeda's core organisation in Pakistan, led by Zawahri, had been severely degraded, but that the movement's affiliates in Africa and the Middle East were becoming more autonomous and aggressive. (Reporting by Angus McDowall; Editing by Louise Ireland) 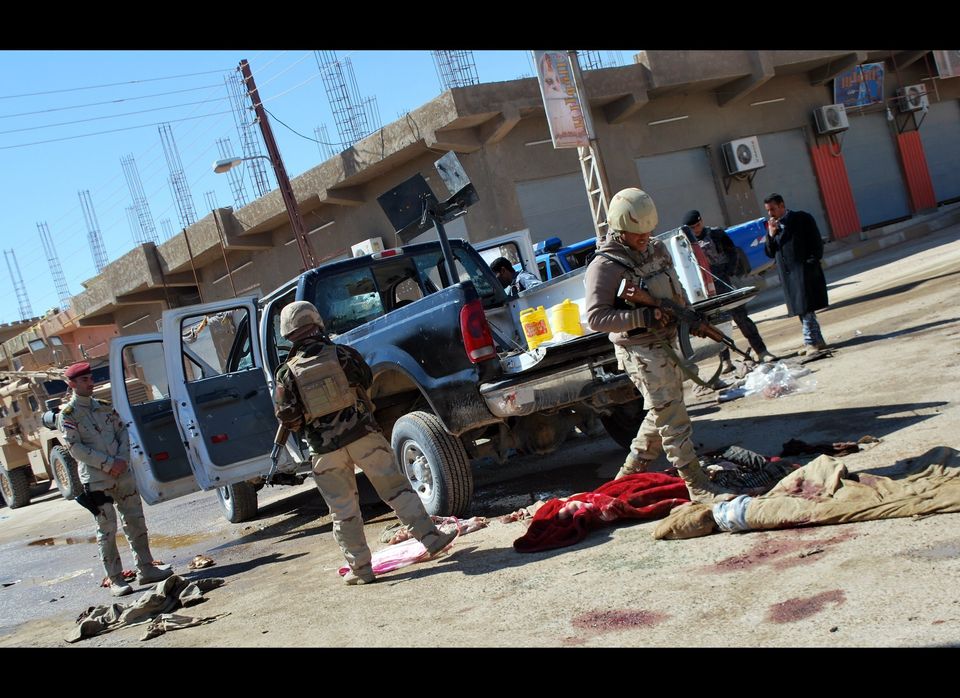 1 / 5
Iraqi police look at the bodies of slain policemen in the western city of Haditha on March 5, 2012. Suspected Al-Qaeda gunmen, some wearing army uniforms, raged through a western Iraq city in a pre-dawn shooting spree that killed 27 policemen, including two officers killed execution-style. (Getty)
Getty