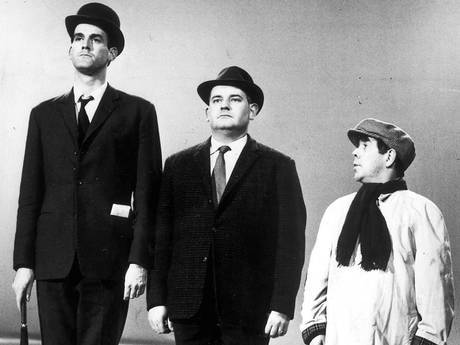 I recently discovered Ayn Rand's philosophy of Objectivism and found it liberating. Its focus on hard work spoke to my small-town American roots. And its crux of reason appealed to my inner nerd.

However, while Objectivism can be a powerful, classically American, pull-yourself-up-by-your-boot-straps personal philosophy, it could have serious implications if adopted as a guide for broad-based policy implementation.

Mitt Romney's vice presidential running mate, Paul Ryan, famously introduced Objectivism into policy conversations during the 2012 election. He declared Rand's thinking as "sorely needed" because we are living in an Ayn Rand novel, and that she "more than anyone else, did a fantastic job of explaining the morality of capitalism," and "the morality of individualism."

But, unfortunately, we aren't living in an Ayn Rand novel -- our markets are not fair as Rand would suggest. And our world is not as straightforward as her philosophy assumes. Acting on these presumptions would be extremely dangerous.

Objectivists support a strictly free market because they consider it just. But there are a number of things wrong with this assumption.

Firstly, markets do not necessarily award people for the value they create. For example, CEOs are not being paid more for increases in productivity -- they're just getting better at extracting money from their companies. Top paid lawyers are rewarded for helping others skew markets in their favor. And the banking executives who led the world into the Great Recession were rewarded handsomely while ordinary people suffered the consequences of their poor decisions.

Secondly, if nations were to abandon government regulation, firms could easily collude or cooperate to ensure they receive above market prices. Objectivists see collusion as moral because in their view companies have "every right to collaborate" to "make a more efficient economy." However, that's missing the point -- collusion doesn't create a more efficient economy, it only further distorts markets and harms consumers. Government must be a trust-buster.

Moreover, Rand also (naively) believed that, in a free society, taxation should be voluntary because the "proper services" of a government -- like the police, armed forces and courts of law -- are obviously needed and citizens should therefore be willing to pay for such services.

But, many of today's industrialists aren't as virtuous as Rand might have hoped. U.S. companies benefit from government funded education of their labor force, proper infrastructure, strong property rights, security and rule of law. Yet many of them pay little to no tax.

For example, from 2008 to 2013, the effective tax rate for GE was negative nine percent. Similarly, Boeing and Verizon faced a negative two percent rate. From 2010 to 2012, Pfizer paid no federal income tax and received $2.2 billion in tax refunds. In 2011, FedEx received a $135 million tax refund while it made more than $2.7 billion in U.S. profits. Bank of America received $1.9 billion tax refund in 2010 while it made $4.4 billion in profits and received a Federal bailout of more than $1.3 trillion. And the list goes on.

But perhaps most importantly, strictly free markets are not fair or just because they cannot consider structural barriers to social mobility. Objectivism assumes that hard work is the primary determinate of one's success. However, social mobility is largely predetermined by residential segregation, income inequality, primary school education, access to social capital and family stability. This means that life's lottery -- not simply work ethic -- largely predetermines our ability to succeed.

Of course, there are incredible companies doing their part, and there individuals who are extremely far away from doing all they can to improve their livelihoods. But, we must also consider the hidden (and not so hidden) benefits of large corporations and the structural legacies that still hamper many Americans' ability to rise above their circumstances.

We can all look up to Rand in some way in our personal pursuits, pushing our limits and defying obstacles. But judging others' situations without empathy, as Objectivism seems to suggest, impedes us from understanding and therefore overcoming the complex historical legacies facing our nation.

America is very long way from achieving its dream of equal opportunity. Adopting Rand's ideals of hard work on a personal level can help us get closer to that dream. But applying her oversimplified ideas to policy will only turn us further away because -- unfortunately -- the world isn't as simple as an Ayn Rand novel.