While at a conference in Phoenix recently, I took the opportunity to look into a question that has long been on my mind: Did people in Arizona see a significant economic impact of the state's controversial "show me your papers" law?

One of the most striking stories I heard was about a delegation of Arizona legislators that went to Mexico City to talk about trade relations recently. Mexico is Arizona's biggest foreign trading partner, and state officials wanted to discuss ways to reduce friction between the two economies -- reducing wait time for trucks carrying goods across the border, road upgrades and the like.

What Arizona legislators got was instead an earful about SB1070. "You hate us. Why are you here?" was the first reaction of the Mexican officials, according Catherine Miranda, an Arizona legislator. Eventually, Miranda says, the conversation moved forward, but it wasn't an auspicious start to negotiations.

When SB1070 passed in 2010, it provoked outraged response from around the country. National Latino groups led a boycott, and more than 20 cities passed bans on work-related travel to Arizona for government employees.

Tourism was clearly affected, at least temporarily: The Center for American Progress estimated that the immediate economic loss due to cancelled conferences may have been in the hundreds of millions of dollars.

There was concern about a number of other areas as well. Who would pick the state's lettuce if a crackdown pushed out immigrants, both legal and unauthorized? Would immigrant business owners want to start or expand businesses here? What about people who may employ immigrants? What about young people, college graduates, professionals, who want to live in a diverse and vibrant place? 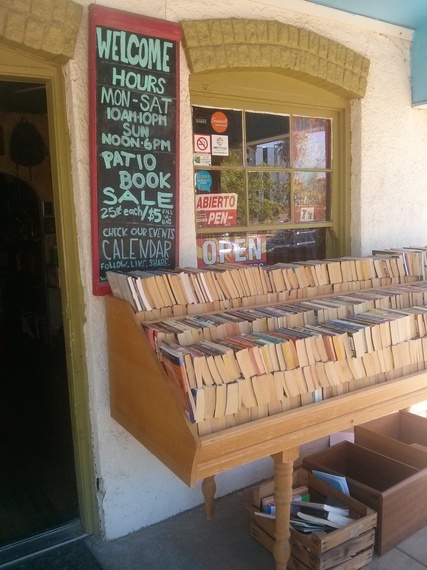 Statistical approaches to measuring these effects would be challenging. One reason is that the boom and bust of the housing market hit Arizona harder than most of the rest of the country, making it difficult to sort out what part of a decline might be due to the controversial legislation and what part to the housing bust.

A good way to start trying to understand the effects, in the absence of a data-based analysis, is to take the pulse of business leaders in Phoenix.

And, what I heard here is similar to what I'd heard in a different context from Riverside New Jersey and on Long Island. The business community came to take very seriously the potential economic impact of gaining a reputation of hostility to immigrants.

When I went to the Arizona Chamber of Commerce's 11th floor office suite (with a startling portrait of Arizona's shock-rock star Alice Cooper hanging alongside more staid-looking Arizona business leaders), Glenn Hamer, the chamber's president, made a point of starting on a positive note.

"Any community that experiences a burst of immigration experiences an economic renewal -- that's almost an iron law," Hamer said early in our conversation.

Hamer didn't want to exaggerate. "People are going to want to come and see the Grand Canyon, no matter what's going on," he observed. But "states that rely heavily on tourism have to be careful with publicity that might be perceived as negative on immigration."

Eager to staunch the damage of SB 1070, he said, "the business community came together and killed five bills that were up in a Republican super-majority legislature." And, after neutralizing some of the negative publicity, the business community tried to shift the conversation to a more positive arena -- Arizona's trade with Mexico.

The fallout was bad, but it could have been worse, Hamer pointed out, reminding me of the Mercedes executive who was taken into custody in Tuscaloosa because he only had a German ID card rather than a driver's license. "We did not have the Alabama stories of executives being pulled over."

At the center of organizing the business reaction to SB1070 was Denise Resnik, who sat with me in the office of DRA Strategic Communications, the firm she started, and told me about beginning her term as marketing chair for the Greater Phoenix Economic Development Council in 2010. The way she sees it, when SB1070 passed a few weeks after her term began, "What I had signed up for changed dramatically."

"Six million media hits, almost all of them negative," she told me, flabbergasted. "What does that do to your brand as a welcoming, diverse state?"

Resnik began to organize a response, and together with another public relations specialist, Lisa Urias, CEO of Urias Communications, formed the Real Arizona Coalition, a group of about 40 business leadership, faith-based and multicultural organizations. The coalition included Goodmans Interior Structures, the Cesar Chavez Institute, the Arizona chapter of the American Academy of Pediatrics, the Tucson Metropolitan Chamber of Commerce -- not just the usual suspects, but a pretty broad mix. The goal of the Real Arizona Coalition was to counter the mental imprint made by "six million media hits."

One strategy was to organize a series of roundtable discussions around the state bringing together people to talk about the problem and solutions. The discussions included representatives from the Tea Party and the National Council of La Raza (NCLR), but the sessions were by invitation only, trying to maintain a civil dialog on a hot-button topic. Retired U.S. Supreme Court Justice Sandra Day O'Connor -- who is also a former Arizona state senator -- supported the effort, and through the O'Connor House co-hosted a collection of related public forums. High profile leaders such as Maricopa County Attorney Bill Montgomery, former chair of NCLR and civil rights advocate Daniel Ortega and the mayors of Phoenix, Mesa and Surprise were among the active participants -- a mixture of Republicans, Democrats and Independents, as well as business leaders from a variety of industry sectors. No media. No grandstanding. Those were the ground rules. Difference of opinion was welcome in a context of civil discourse and solutions-oriented discussion. The process resulted in a platform called the S.A.N.E. solution to immigration reform.

The coalition also put up a website with positive stories about engagement on immigration issues, and it has been very much part of an effort to shift the conversation from local immigration enforcement to trade relationships between Arizona and Mexico -- that is to say, from a controversial topic to an area where there is widely shared agreement.

The coalition could never hope that its message would get anything like the attention that SB1070 did. But, the effort did begin to turn around the local media. And, business leaders who at first sounded reluctant to step into the line of fire -- or even to be quoted in the media -- seem to have rallied.

Any analysis of the effects of SB1070 will have to take into consideration the fact that most of the law was blocked first by a federal district court injunction and then by a major Supreme Court decision. Some of the law's measures, however, have gone into effect, most significantly, section 2(B), the "show me your papers" provision that involves state and local police in immigration status inquiries, has been operative since September 2012.

It is, of course, hard to know how much of the population decline may be due to economic conditions and how much to SB1070. Other factors come into play as well, such as the very aggressive -- many say unconstitutional -- approach to law enforcement of Maricopa County Sheriff Joe Arpaio.

The economic impacts that business leaders point to first, however, is not the parts of the law that were actually implements, but rather the impression of an outburst of nativism and hostility to immigrants. 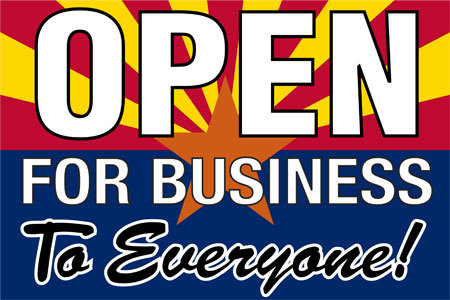 One bit of evidence that business leaders were spooked by the reaction to SB1070 was found in the speed of business interests in reacting to a different issue.

I happened to be in Phoenix just after Governor Jan Brewer vetoed a new piece of controversial Arizona legislation that would have allowed businesses to refuse service to gay or lesbian customers, which was clumsily construed as "freedom of religion" issue. Even after the veto, I still saw signs in stores around the city saying: "Open for business to everyone!" against the starburst backdrop of the Arizona state flag.

Several people mentioned the connection between SB1070, the immigration bill, and SB1062, the bill about service to GLBT customers. When I asked Denise Resnik about lessons learned from the immigration controversy, for instance, she was quick to reply: "Look how quickly business stepped out on SB1062."

She was referring not so much to the signs in local stores -- which, I have to admit, I noticed mostly in the arts district and in hip restaurants -- as to the lobbying efforts of major companies that put overwhelming pressure on the governor and were widely credited as a significant factor in her decision to veto the bill.

We will have to wait for a more data-driven study about the economic impacts of legislation that is perceived as anti-immigrant. In the meantime, however, it would be wise to take note of the concern spreading among business and economic development leaders, not just in Arizona, but around the country.

Senior Fellow at the Fiscal Policy Institute and director of its Immigration Research Initiative.