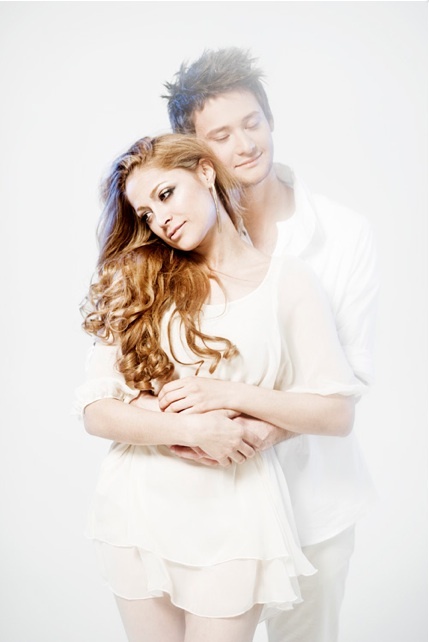 Under the influence of alcohol, you might mispronounce Azerbaijan as aspiration. You wouldn't be far off the mark. A fiery patriotism makes doing well at the Eurovision Song Contest a matter of national importance, and that occasionally leaves competitors scratching their heads. In 2010, as Europe tightened its purse strings, Azerbaijan sunk more than $2 million into teen starlet Safura, whose Eurovision campaign included hiring Beyonce's choreographer. In an even stranger move in 2009, Azeri police seized Eurovision televoting records days after the contest and questioned the 47 citizens who made the unpatriotic decision of texting points to long-time foe Armenia.

Fortunately for Eurovision fans, "Running Scared" bypasses politics and jingoism and heads straight to cheese and schmaltz -- the cornerstones of any good Eurovision ballad. It tells the story of a man and woman frightened by their mutual obsession. Because the moments they share are so perfect and their love so tender, the simple act of breathing could make it all fall apart. How unfortunate that the lyrics require them to run, which often results in panting:

Written by a trio of Swedes, it has a mainstream sound that gets stuck in your head, and it's unlikely you'd complain if you heard it at the dentist's office. But Eurovision takes place on a stage and in front of an global TV audience of no less than 120 million people. Judging from the official preview video, none of those viewers will think the couple are poised to get down on it. Ell's boyishly good looks betray him in a setting meant to be ripe with sweat and sex and passion. At just 21 years of age, he seems overwhelmed by the fantasy of climbing rocks with 30-year old Nikki, who looks like a real maneater. Given that she has a husband and two kids in real life, it's no wonder she seems more interested in the Labrador retriever than in the strange boy taking pictures of her. There are other comedic hiccups, too. At the 1:15 mark, as Nikki belts out a sensual "God, I need you," the camera pans to her dog. And at 1:45 she appears to have lost her pants entirely.

Of course, those small glitches give the video character -- and on the whole it's endlessly better than the original video released in March. In that iteration, Ell & Nikki sat on black cubes and pretended to swim. When she eventually touched him, he appeared to wet his pants. The shrewd Azeris picked up on this, and did well to counter the Mrs. Robinson effect in the new video. To give Ell a bit of gravitas, he grew a beard (or perhaps had it painted on), and even put on a bit of muscle.

Azerbaijan always punches above its weight at Eurovision, having finished in the top 5 at the past two contests. Perhaps it's the other contestants who should be running scared.

Ell & Nikki compete in the first semi-final, and the bookies have them down as the 2:1 favorites to win it. Their only real competition at this stage of the contest comes from Hungary's Kati Wolf and Norway's Stella Mwangi. Deciding between the three will come down to genre. Ell & Nikki offer a contemporary ballad. Kati brings "What About My Dreams?" -- an 80s-inspired dance number about stepping out from your man's shadow. And Stella has dreamed up "Haba Haba" -- an English-and-Swahili ode to her grandma, and one of the most out-of-the-box entries of the year. Regardless of how they stack up against each other in the semis, all three will qualify for the final without a hitch.

At least two factors suggest Ell & Nikki have a leg (four legs?) up on Kati & Stella in both the semis and the final. First, boy-girl duets that don't make your ears bleed have a tendency to do well. Azerbaijan achieved its best-ever result -- third in 2009 -- with a duet, and duets from Romania and Denmark placed third and fourth last year.

Second, ten former Soviet republics are competing in Düsseldorf -- and the bookies feel that Azerbaijan has the strongest entry of the lot. Given the region's long history of bloc voting, Ell & Nikki could automatically receive top marks from eight of its old allies. (Unfortunately, there are few comrades to be found in Armenia, the other former Soviet state, as a result of the ongoing Nagorno-Karabakh conflict. Expect null points from Yerevan.) Add to that the ever-helpful Turks, who have given Azerbaijan the maximum 12 points every year Baku has fielded a contestant, and you have the recipe for a Top 5 finish -- and a potential win.