As an older(ish) parent of three kids, I'm usually a reluctant listener to rap music. My kids have taught me to appreciate some rap songs, especially those that express heartfelt anguish such as "Cleaning Out My Closet" and "Thugz Mansion" or address social injustices such as "God Bless Amerika" and "Fight the Power." And who can forget the radical yet lyrical critique of the drudgery of working for the man in "9 to 5"? Wait, that was Dolly Parton. Never mind.

For all its angsty artistry, I have to ask of rappers, "what about my needs?" where "me" means "wonderer at the intersection of philosophy, science, and religion."

You can imagine my delight when I discovered Baba Brinkman at this very intersection. Brinkman -- a Canadian rap artist, award-winning playwright, and former tree-planter -- is a pioneer of the genre of lit-hop (literary hip-hop; for all I know, which is admittedly not much, Brinkman is the world's only lit-hopper). 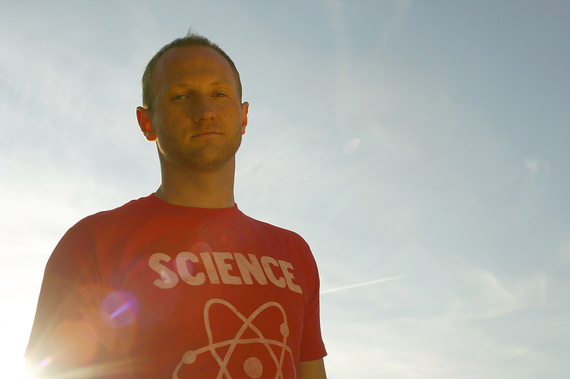 I was introduced to Brinkman's "The Rap Guide to Religion" at an academic workshop on religion and the puzzle of human cooperation. In "Religion Evolves," "Supernatural Punishment," and "Sapiosexual" (had to look that one up), Brinkman shows that he knows a lot of philosophy, science and religion and, frankly, expresses what he knows in rap better than what most of us scholars express in excessive and abstract prose.

I know what you're thinking: What is the puzzle of human cooperation? While it's not hard to explain intolerance and selfishness (among beings ruled by survival of the fittest), it is hard to explain how intolerant and selfish human beings, way back in our evolutionary past, first began to live together in peace. Selfishness -- easy; cooperation -- hard.

Suppose you are a slave on a Greek galley ship, one rower among forty. You cultivate the ability to sweat profusely, earnestly wrinkle your brow, and flex your sinewy muscles. All the while minimizing your output. The other thirty-nine, after all, are pulling their weight. Because you work less hard than your fellow rowers, you burn fewer calories and require less sleep. You eat your allotted gruel, the same amount as the rest. When they, fully expended and exhausted, fall into a deep sleep, you sneak some additional food. Because you work less and eat more, you are healthier. Some of your overworked and underfed partners are too sick to mate; some just plain die young. But you, in full vigor, enjoy the port city nightlife, spreading your seed widely. Your selfish genes are passed on while their cooperative genes are removed from the gene pool.

Of course, every time the galley master stares at you, whip at the ready, you work just as hard as everyone else. And when the food stocks are monitored throughout the night, you miss your evening snack. But, when you're not being watched, you freeload on the good will of your compatriots.

It's easy to see, from this example, the evolutionary puzzle of cooperation. Selfish freeloaders, giving less and taking more from a group of otherwise decent cooperators, are more likely to pass their (selfish) genes on to succeeding generations. And so, we should expect, evolutionarily, dispositions to selfishness to overwhelm dispositions to cooperation.

Maybe God is like the galley master but even more vigilant and cracking a sharper whip.

Early humans who were in communities that affirmed an all-knowing, perfectly just God would have believed that they could never escape detection: God always knows what you are doing. If you believe in God, it is never rational to think you can be immoral and get away with it. With God always looking over your shoulder, it is a good idea to play by the rules. In short, belief in God can rationally motivate cooperative behavior. Thus, God (really, belief in God) solves the puzzle of human cooperation.

.....a byproduct of several other mental capacities
That evolved independently and separately function adaptively
Like agency detection systems triggered hyperactively
Or theory of mind, which means reading people tactically

Agency detection and theory of mind proved their evolutionary worth by, among countless other things, keeping us from getting gulped by lions and helping us to identify possible mates. The agency detecting device, which scrupulously assigns agency to just about any slight or sight or sound, sees faces in clouds and fears predators lurking in every bush. Theory of mind ascribes purposes to those agents ("reading people tactically") so that we can respond appropriately. Keep at it long enough and you get from human faces to faces in clouds to cloud gods and, then, from cloud gods to Big Gods who see everything and kick butt when we're bad.

And, yet, Brinkman queries in "Byproduct to Benefit," is there "nothin' adaptive about it?" Perhaps religion has some adaptive benefits, after all. Here's the religion as accidental brain fart part:

What's the original origin of religion?
Is it teleology? Agency detection?
Theory of mind, or anthropomorphism?
Those are byproducts of common social cognition
So there was no benefit, huh? No function?
Just a random bunch of intuitions and hunches
Just mental eruptions in a population of primates
Tryin' to keep track of each others' changeable mind states

Couldn't religion have "taken a turn for the beneficial and become an adaptation?"
Here's the adaptive part: Religion, some cognitive scientists suggest, got people to cooperate:

Small scale societies surviving in the Pleistocene
Had a strong incentive to unite like a hive of bees
Religion is a device for binding people tribally
And if you're in my tribe, well then I'll die for you and you'll die for me

This be some serious cooperatin'!

Religion, Brinkman argues (rap rebel that he is), is more like a feather than a belly button. Like a feather, it may have accidentally evolved and initially served no useful purpose, but, given time and changing circumstances, it allowed increasingly cooperative humans to fly.

Baba Brinkman's terrific and informative new album "The Rap Guide to Religion," is now available for streaming and download. 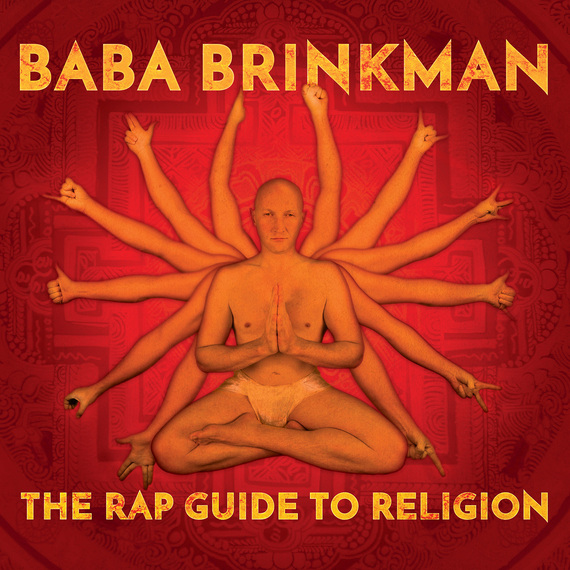