Our high-pitched human baby talk may not be so unique after all.

It turns out that bonobos -- a species of great ape most closely related to humans and found only in the Democratic Republic of Congo -- communicate just like human infants do, according to a new study.

"Although humans are unique in terms of our amazing speech and language capacities...the foundations underlying these abilities appear to be already present in the last common ancestor we share with great apes," Dr. Zanna Clay, a primatologist and psychologist at the University of Birmingham who led the study, told The Christian Science Monitor. "The findings suggest the existence of an intermediate stage between fixed vocal signaling seen in most primate calls and fully fledged flexible signaling in humans."

What is flexible signaling? It's the ability of human babies to use a single noise in different situations to express positive, neutral and negative emotions. For instance, babies' coos may sound the same while they are eating, playing, or sad -- but we sometimes can tell the difference in their communication based on context. Scientists previously thought this complex communication was unique to human infants.

But it was recently in the Congo where Clay was studying bonobos and she heard their similar complex communication -- which she described as high-frequency "peeps" made with their mouths closed. Just have a listen in the video below.

To compare the peeps to human babies' vocalizations, Clay and her colleagues studied a community of 37 wild bonobos, 18 of which were juveniles and infants.

The researchers recorded peeps during feeding and grooming, as well as responses to predators -- which represent a mix of positive, neutral, and negative contexts.

After analyzing the sounds, the researchers found that, even though peeps during negative contexts were acoustically distinct, those made during positive and neutral interactions did not vary acoustically. This means that listening apes can not only understand the sounds, but also the context in which a peep is made -- and that requires a high level of intelligence.

The researchers concluded that their study may shed new light on the evolution of speech, as bonobos' peeps -- much like babies' coos -- may be similar to the vocalizations that our early ancestors used to communicate with one another, especially as speech evolved from "functionally flexible vocalization" to modern human vocalizations.

What do other scientists think of the study?

Dr. Simon Townsend, an evolutionary biologist at the University of Zurich in Switzerland, who was not involved in the study, told BBC News that the new research fits into an expanding view of the sophistication of primate "language" and bonobos' cognitive abilities.

"This is really important data," he said. "Non-human primates... seem to have quite good pragmatic inference abilities -- and they need these, as a way to differentiate the meaning of the calls."

For instance, Townsend explained, a bonobos ability to distinguish between similar sounding positive and neutral peeps may be the same ability that humans use to figure out whether the word "bow" refers to a knot or a weapon.

The study was published online in the journal PeerJ on August 4, 2015. 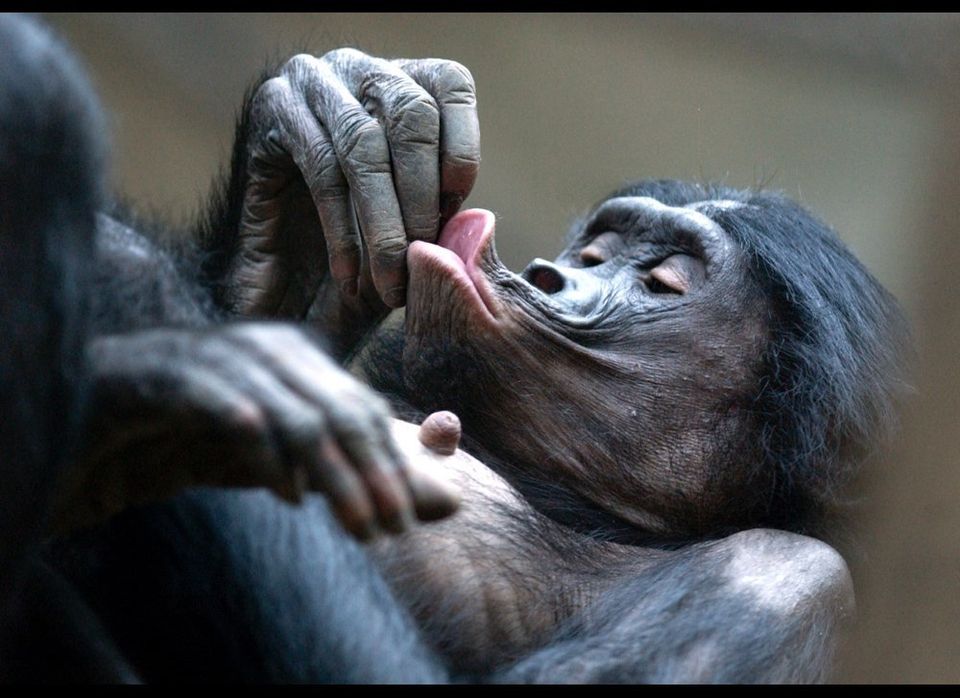