Every year from August 1-7, more than 170 countries from around the world celebrate World Breastfeeding Week (WBW) to promote the health of babies and mothers.

Breastfeeding is not a lifestyle of choice, but a natural process that comes with various known benefits.

Studies show that breastfed babies are less likely to have ear, sinus or throat infections later in childhood. This is due to the transfer of passive immunity through the mother's milk to the baby. 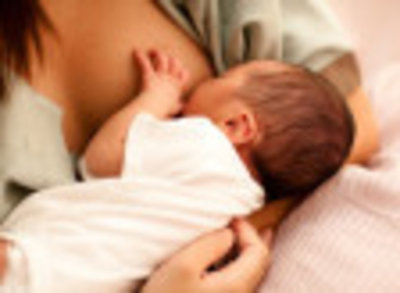 An infant feeding on mother's milk

An infant's immune system has not developed and so the transferred ready-made antibodies from the mother are essential in providing 'protection' against diseases and illnesses.

Further findings by one study indicated additional long-term benefits of breast-milk to the baby's immune system. The study showed that breastfeeding has a unique capacity to stimulate the immune system of the offspring possibly with several long-term positive effects.

In addition, breast-fed infants often experience less vomiting and diarrhea because breast milk is easier to digest than formula.

The advantages are not just limited to babies, mothers benefit as well. Breastfeeding helps the uterus to shrink to pre-pregnancy size. Research shows that breastfeeding reduces the risks of breast and ovarian cancers as well as osteoporosis.

Employers have their share of gains as well since mothers who breastfeed are likely to have reduced absenteeism from work. This is attributable to the fact that breast-fed babies, unlike formula-fed infants, are usually healthier and require few visits to doctors.

So, if there are many such benefits of breastfeeding, why isn't it encouraged by many and why still, do breastfeeding mothers have to scramble for filthy bathroom spaces and dusty 'fitting rooms' to do something that obviously benefits the entire society?

There has been some progress regarding breastfeeding in public. Forty-nine states, the District of Columbia and the Virgin Islands have laws that specifically allow women to breastfeed in any public or private location.

However, there is still not enough accommodation and support by employers, governments and communities, for mothers who work outside of the home.

There is an essential need to assure mothers of job securities and non-discriminatory practices based on breastfeeding.

Lack of flexible work schedules, break times and nursing rooms for breastfeeding, forces many mothers to temporarily or permanently interrupt, or forgo breastfeeding.

Sometimes, health education is lacking due to shortages of health workers. Many mothers from around the world are not fully conversant with the benefits of breastfeeding.

The commercialized promotion of breast-milk substitutes e.g. baby formula, lure many mothers away from breastfeeding.

Lack of maternity legislation in many parts of the world means that many mothers are faced with the decision to either stay at home to breastfeed their babies or skip breastfeeding all together in order to work outside of the home.

Many working mothers who must work outside of the home, resort to 'pumping breast milk', but not everyone finds this effective. Societies should approach breastfeeding with the level of priority that it deserves. Women who choose to breastfeed should be able to do so without the fear of losing employment or being ridiculed for breastfeeding in public.