In Monday morning's New York Times, Bill Keller goes after baby boomers for not getting behind entitlement reform. As his many links confirm, this is a common argument and while I can't speak to the anti-boomer part (I was born smack in the middle of the boom, so one must recuse oneself), the economics of this debate are as often muddled as not.

The issue of sustainably of Social Security and Medicare -- I fear that the word "entitlement" feeds into the frenzy -- actually has little to do with greed and is largely a function of our uniquely inefficient system of health care delivery, as that's from where our real long-term fiscal problems derive. And this goes well beyond the public sector -- private sector health spending is also unsustainable and, unless we slow it down to a rate closer to overall economic growth, will eventually crowd out too much of the other things we want and need.

We can and should achieve solvency in Social Security, but sacrifices by baby boomers don't get you very far, as I'll show in a moment.

Keller's main point seems to be that boomers, particularly affluent ones, should stop being so self-centered and accept lower benefits in Social Security and Medicare. But if that's your view, you shouldn't write a piece like this without pointing out the following:

The median income of both Social Security and Medicare beneficiaries is about $25,000.

That tells you two things relevant to Keller's argument. First, most recipients really need the pension and health protection of Social Security and Medicare. Second, if you want to protect low and middle-income elderlies, as Keller does, you're not going to find the revenue you need to make a difference by just lowering the benefits of high income households.

My colleague Kathy Ruffing cites a CEPR report on this:

...a new analysis...confirms that means-testing would yield very little in savings...unless we took benefits away not only from rich retirees, but also from many who are solidly middle-class.

Paul Van de Water, in a piece that acknowledges that Medicare should contribute to deficit reduction, offers a similar analysis (see second figure below on the share of Medicare beneficiaries by income; note that this is not the same as the share of benefits by income level, but conveys the same message re the importance of considering income levels). And not only do these beneficiaries have relatively low incomes, they spend a lot more of it out-of-pocket on health care than higher income folks with more comprehensive coverage.

If you fail to grasp the reality of the economic conditions of most elderly families and the critical role that social insurance plays in their lives, you will be drawn towards reasonable-sounding "reforms," like those proposal by Bowles-Simpson, which Keller endorses. But as Kathy and Paul explain here, that plan fails to protect vulnerable families from economic harm.

So how do we achieve sustainability in our social insurance programs? I offer some ideas re Social Security here that call for both higher revenues (raise the salary cap) and benefit cuts (shifting to the chained CPI), so maybe I'm not such a greedy boomer after all!

But regarding health care, we've got to give the cost-saving mechanisms in the ACA a chance to work. If they don't, then it's back to the drawing board, but every other advanced economy is spending a lot less per capita and insuring their full populations with health outcomes that are as good or better than ours.

Of course, it's actually a lot harder to achieve efficiencies in our health care system-where powerful people's salaries depend on the status quo-than to moralize about those annoying boomers with their sense of entitlement. But only the former will work. 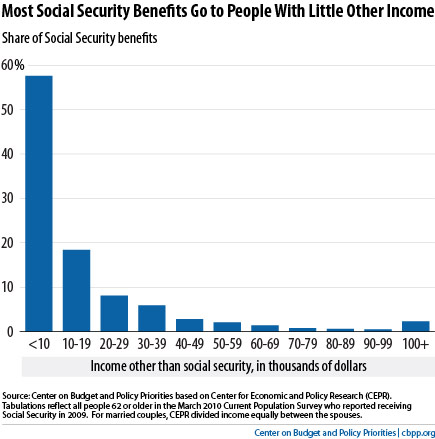 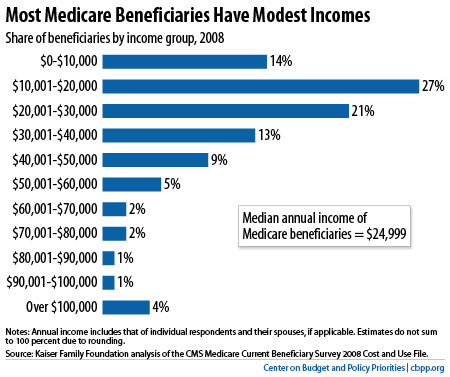