Who knew baby chameleons were so adorable?

Taronga Zoo in Sydney, Australia, just welcomed more than 20 baby Veiled Chameleons to the zoo's family recently. The hatchlings, native to Yemen and Saudi Arabia, measure just 5 centimeters long and are the first born at the zoo in over five years, according to a press release from Taronga. 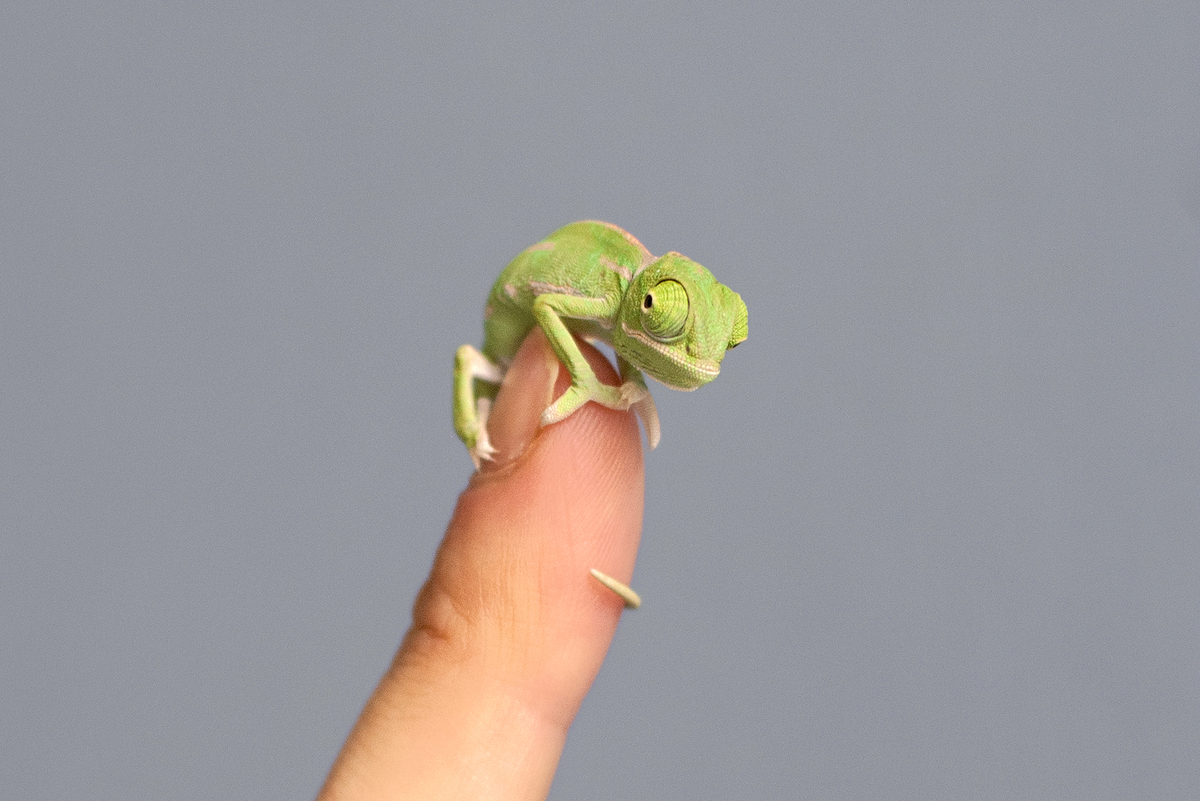 They have been living in the temperature-controlled Reptile World enclosure at the zoo, munching on crickets and showing off their color scheme. Within a year, they will mature and be able to showcase a rainbow of shades.

“You’ll see shades of green, yellow, aqua and even very dark brown or black depending on their temperature, mood and reproductive behavior," Michael McFadden, reptile supervisor, said in the release. "However, they don’t change color to match a particular background like you see in cartoons."

The zoo announced their arrival in an Instagram post Tuesday. "They may be small enough to sit comfortably on a fingertip, but our new Veiled Chameleon hatchlings are already making a big impression!" staff wrote. "Taronga’s Reptile World has welcomed more than 20 baby chameleons, with the last of three clutches of eggs hatching this week."

Paul Fahy, social media relations officer at Taronga, told The Huffington Post the chameleons have not been named yet. Check them out below: