Just look at his mouth. 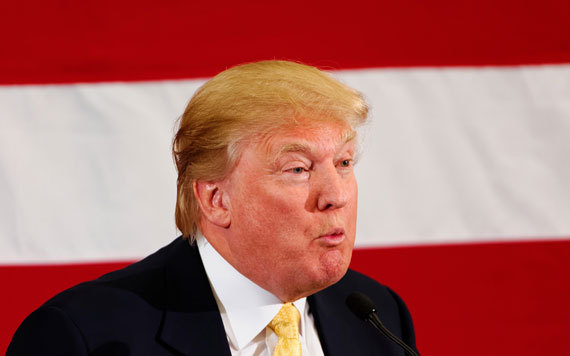 It's the mouth of a hungry baby, lips permanently pursed for a nipple.

Now look at his hands. See how they flail about -- they're not just the size of baby hands, they move like the hands of a baby in distress.

Back to the face. Flushed, yelling, eyes screwed shut.

Parents who put their children on a pedestal and shower them with endless praise can plant a seed of narcissism, a recent study found...

Then again, the opposite is true, too. Children who are ignored or abused tend to be self-centered almost as a survival instinct.

Whether, as an actual baby, Donald Trump got too much nursing, or not enough, we can't know. But in grownup Baby Donald, we see the symptoms all too well. As a textbook case of narcissistic personality disorder, Baby Donald will:

We don't have to give him the presidency.

Just give him his bottle.