Anyone who hasn't ever seen a baby giraffe should be sure to pop by the Bronx Zoo.

That's where the Wildlife Conservation Society is welcoming a new female Baringo giraffe that was born earlier this month.

Next week, the newborn giraffe will make its public debut in the zoo’s "African Plains" area, according to a media release from the Bronx Zoo.

Approximately 6 feet tall and weighing more than 100 pounds at birth, it could eventually grow to 16 feet and as much as 2,600 pounds.

Though the baby has not yet been given a name, the Bronx Zoo names all of its giraffes in memory of Mr. and Mrs. James Carter, benefactors for the Carter Giraffe Building, where the calf is currently resting with its mother.

Giraffes are native to central, east, and southern Africa, while the Baringo, or Rothschild’s, giraffe is found in western Kenya and eastern Uganda.

While giraffe populations are thriving in many places, overall worldwide population is decreasing. It also doesn't help that scientists report only a quarter of infants survive their first year of life in the wild.

WCS is working to protect giraffes in key African landscapes like Zakouma, Chad; Murchison Falls, Uganda, and in the Sahel of South Sudan.

James Marjani was the last giraffe to be born at the Bronx Zoo in October last year.

And just last week, another baby giraffe was born at Zoo Miami.

Check out photos of the Bronx Zoo's newest tenant below, courtesy of Wildlife Conservation Society: 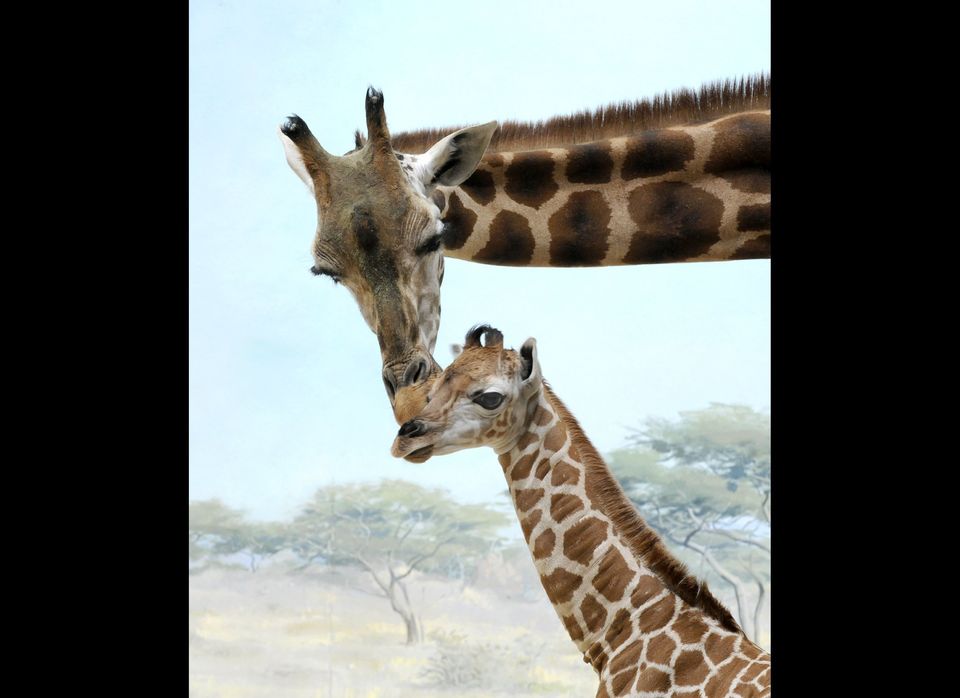