The trafficking of baby gorillas in the Democratic Republic of Congo (DRC) is reportedly growing at an alarming rate.

The most recent incident last week, MSNBC reports, involved the arrest of three poachers allegedly trying to sell an infant Grauer gorilla for $40,000.

As part of an undercover operation, five rangers from DRC's Virunga National Park posed as buyers after receiving a tip that a baby gorilla was for sale.

The incident is the fourth baby gorilla to be saved this year, the highest rate on record, Virunga National Park said in a blog statement.

The park's spokeswoman LuAnne Cadd told MSNBC the culprits could be linked to zoos in India and Russia, along with independent private owners looking for pet baby gorillas.

Rangers and park officials fear there could be more they aren't saving.

"If four have been caught since April, the question is how many have been missed?" park spokeswoman LuAnne Cadd wrote to Mother Nature Network. "How many more are being captured and sold? Are we just getting better at catching them, or has the trafficking increased? We don't have answers for this, but four in seven months is far too many."

Jan Ramer, a veterinarian with the Mountain Gorilla Veterinary Project, who treated the baby Grauer gorilla, said the gorilla was healthy, but stressed after surviving in a small backpack for a month. The animal clutched Christian Shamavu, the park ranger who led the rescue.

Ramer writes in her blog:

The baby was curled into a tight ball in Christian’s arms and was looking fearfully at his new surroundings...Despite being visibly stressed, the infant appeared to be in good physical condition.

There are two subspecies of eastern gorillas that live in DRC and qualify as endangered species, the Grauer gorilla with a population estimate of 2,000-5,000 and the mountain gorilla at 786. Though little is known about the Grauer gorillas, the Dian Fossey Gorilla Fund International believes they're declining at a much faster rate than mountain gorillas thanks to poaching, hunting and conflict.

WATCH a video from Virunga National Park moments after the baby gorilla was rescued:

Correction: This article previously stated the correct mountain gorilla population, but did not include the Grauer gorilla, the other eastern gorilla species that lives in DRC. This has now been updated and includes both figures, as the Grauer gorilla was the type of gorilla saved in this story. 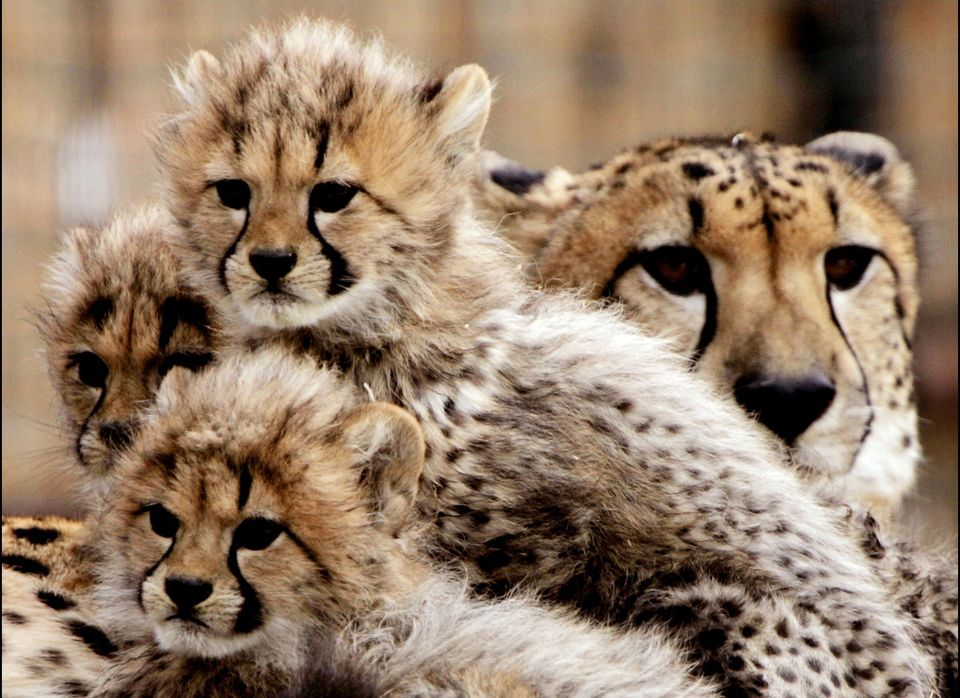