The recent rescue of a hamster family by firefighters in Lacey, Washington, just goes to show that good things sometimes come in tiny packages.

Called to a local mobile home on Sept. 26 to put out a fire, which apparently began in the laundry room, the Lacey crew first beat back the flames and then set about saving the hamster family they found in the living room. 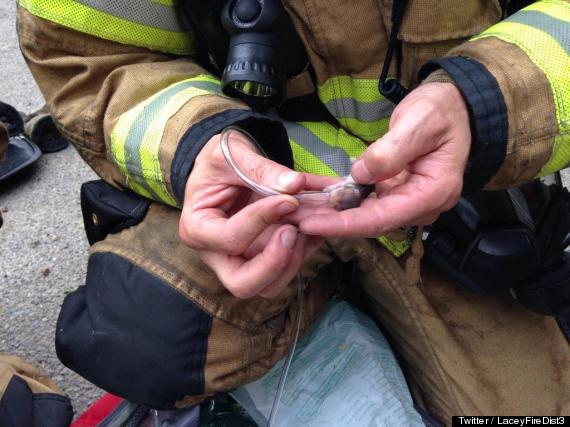 Lacey firefighter Eric Bamer cradles one of the hamsters in his palm as he holds a breathing tube steady.

Once safely outside, the firefighters administered oxygen to the family via breathing tubes, which pressed up against the hamsters' noses like teeny, tiny oxygen masks. All but one of the five hamsters survived.

The hamsters were then returned to their human family. 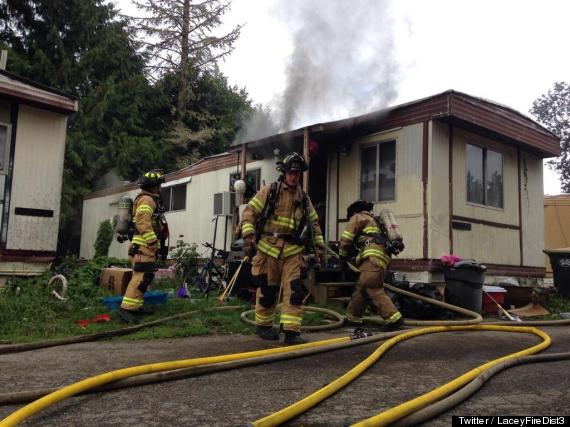 "As a matter of fact, the owner carried one of them inside her shirt pocket while we were finishing overhaul of the fire and caring for the babies. ... The two adults and two remaining babies looked pretty good, considering what they had been through," Lacey Batallion Chief Tim Hulse told The Huffington Post.

The crew's prior training with a local veterinarian crew helped them execute the successful hamster rescue, as did their copy of the Pet Emergency Pocket Guide. The department's firefighters are also outfitted with a first aid kit and specialized equipment geared toward pet rescue. 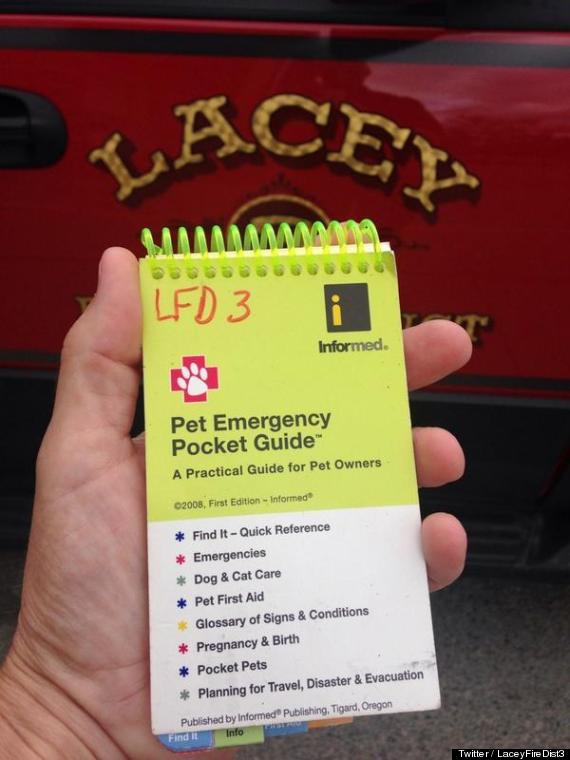 The Guide on display in front of the Lacey insignia.

"We see people most often when they are having a terrible day. We go out of our way to try and turn that around. It might be a cardiac arrest save, or when their house catches fire, [or] taking care of the family pets. Sometimes it's as simple as taking someone's groceries to their home after they are in a bad car accident," Hulse said.