What's cuter than a lion cub? How about seven lion cubs? Last Saturday, the National Zoo in Washington, D.C. showed off two litters of cubs born this fall.

After much deliberation all seven cubs have been named - John, Fahari, Zuri, Lelie, Baruti, Aslan, and Lusaka. According to the zoo, Fahari means "magnificent" in Swahili, and as the largest cub with the biggest appetite, keepers felt that the name suited her. Lelie is the winning name chosen by a first-grade class in Virginia through the Name a Cub: Cam Contest. Lelie is Afrikaans for "lily," which are a common flower at Kruger Park, a South African national park that protects 2,000 African lions. As for the cub named "Aslan," actors in The Chronicles of Narnia movies named the cub after the lion in their films.

Beyond caring for these cubs, the zoo works on conservation efforts to protect all lions. The zoo sponsors an Adopt-A-Litter program to help with lion conservation efforts. The African lion is considered "vulnerable" on the IUCN Red List of Threatened Species, due in large part to habitat loss. While these lions used to be found across the globe, they are now mostly located in Africa. Lucky for those in the D.C. area, African lions can be found right in their backyard. (Don't worry, not their actual backyard.) 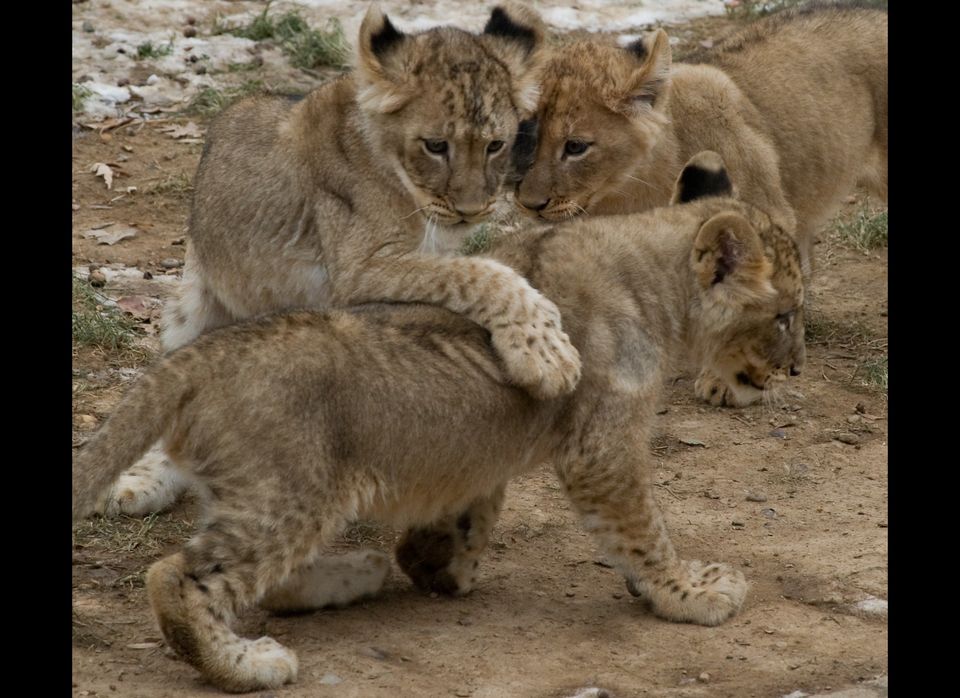 1 / 16
Three of seven lion cubs born to two sisters in August and September plays with one of the females at the National Zoo in Washington on December 18, 2010 as they make their debut at the zoo. Both litters were fathered by Luke, the zoo's sole male lion until the birth of the cubs, who are the first to be born at the zoo in more than 20 years. (NICHOLAS KAMM/AFP/Getty Images)
Getty