Mom-To-Be: Dominique Panganiban, 35
Dad-To-Be: Eric Kilan Brown, 33
Hometown: Norfolk, Va.
Due Date: October 1, 2013
How many months were you at the time of the shoot? 5 days shy of 9 months
Boy/girl/it's a surprise? A boy. I couldn't take the suspense!

Mom: How did you tell him you were pregnant?
I called him in a panic at work. Not the best method in retrospect, but at the time, I was acting on impulse.

Dad: What were your first thoughts when you heard the news?
That we did it. WE are parents.

What are you looking forward to most about being a mom and dad?
Dominique: Seeing his personality.
Eric: Teaching him. Having a a little person that is a part of us, and seeing what his personality will be.

What's your biggest fear about parenting?
Eric: No fear. What is there to fear?
Dominique: Nothing at all, besides the overwhelming task of being a "good" parent in general.

What's the worst advice you've gotten about being pregnant? Best advice?
Eric: So far no bad advice. Best advice, load up on diapers.
Dominique: For me, the worst advice I've gotten so far was about breastfeeding actually. I was told by an older co-worker not to eat acidic foods, like tomatoes, while I was breastfeeding, because it would "spoil the milk." The best advice I've gotten has been from my mom and dad. My mom told me to enjoy my pregnancy and not to get stressed out, and my dad told me (after we had rejected a couple of name suggestions he gave us for our baby) that in the end, the only thing that matters is that our baby grows up to be a good person, that loves Jehovah [God].

What message do you want these photos to convey to your baby to be?
Eric: That his mother and I are good together, we are a team, and he was is, and will always be a part of that.
Dominique: That he is wanted and loved. That we had been waiting for him. And that once, before he was born, we were cool. 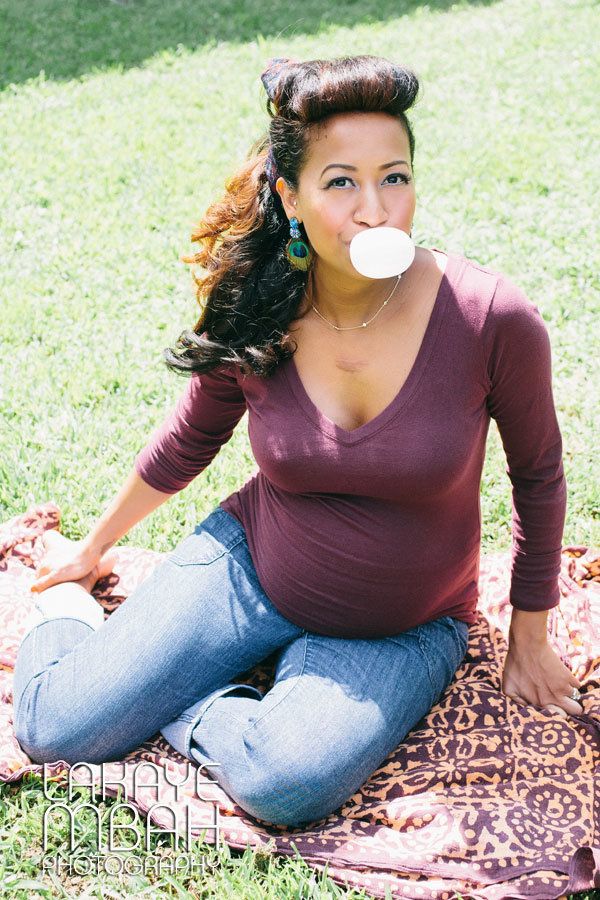