With translucent bodies that look almost like exotic blown glass, baby opalescent squid -- each about the size of a grain of rice -- are a sight to behold, especially when viewed up close.

In March, the Vancouver Aquarium started raising around 400 baby opalescent squid, called paralarva. Like infants of other species, the paralarva needed a bit of special care. For instance, according to the aquarium's website, the squid had to be fed constantly while they learned how to eat.

Although they start life small, opalescent squid --also known as market squid -- generally grow up to be about one foot long.

The pigment blotches on the bodies of the squid are called chromatophores. According to the Vancouver Aquarium website, adults control these pigments to attract mates and confuse predators.

According to the BBC, opalescent squid breed off the coast of California and can be found anywhere from the coast of Alaska to Mexico. They are also an important link in the food chain, feeding on small fish and crustaceans, and serving as prey for larger predators such as sea lions, dolphins and tuna. 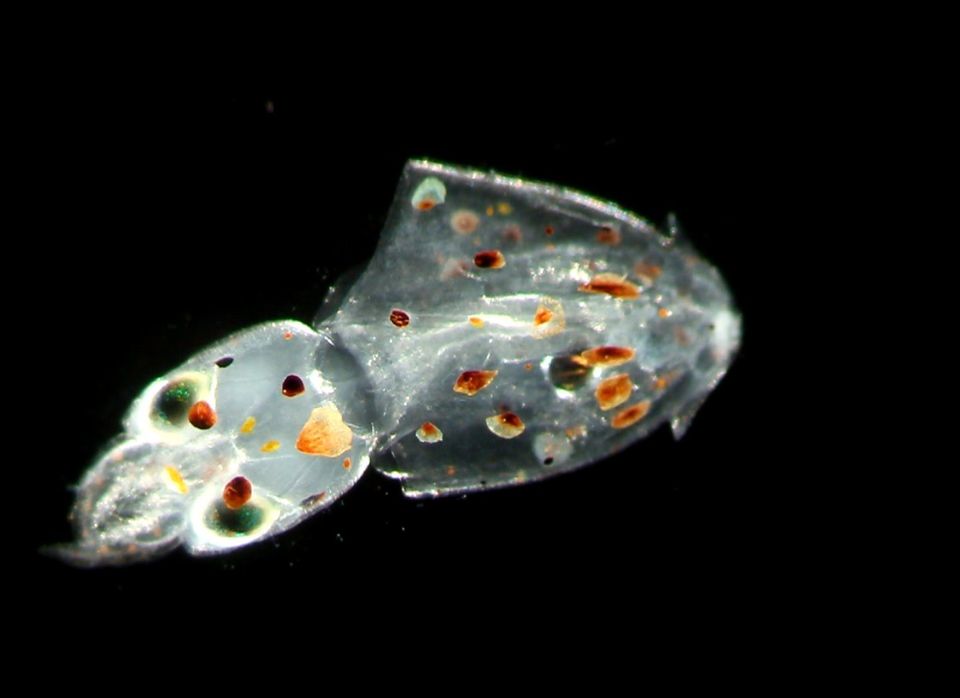