A 234-pound baby walrus is coming to town!

According to the Associated Press, an orphaned 15-week-old walrus named Mitik, who was rescued from the ocean off Alaska earlier this year, will arrive in the city this Thursday, where he'll be making a new home at the New York Aquarium. 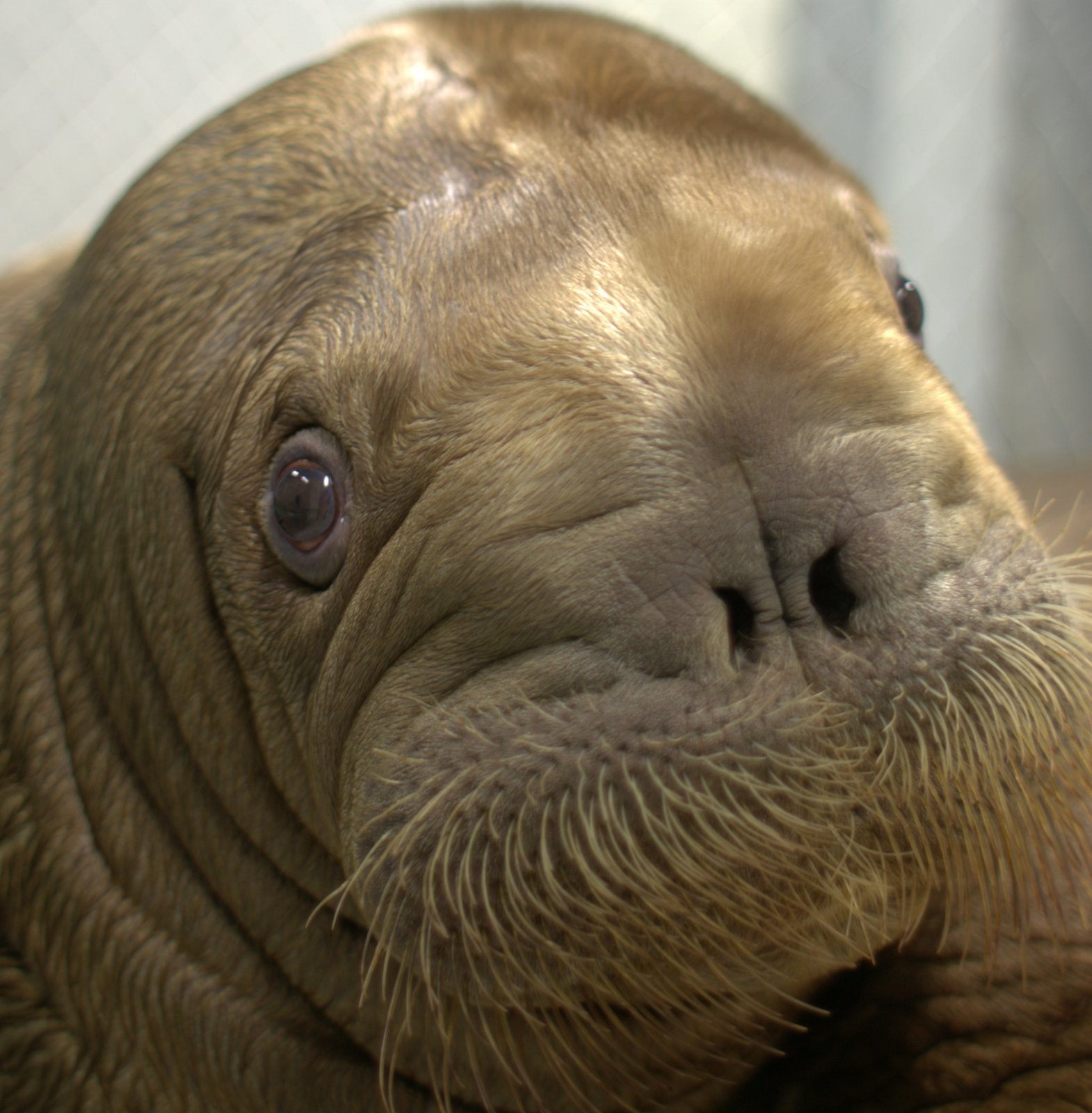 Mitik will arrive at an important moment for the Brooklyn aquarium. Situated just off the Coney Island Boardwalk, the aquarium, part of the Wildlife Conservation Society, is one of only several institutions in the United States that exhibit walruses. One of its two walruses, Nuka, is 30, an old-timer by walrus standards.

Because walruses are such social animals, the aquarium would be hard-pressed to keep the other walrus, the 17-year-old Kulu, were Nuka to die.

“Our concern is that our very elderly walrus could pass away, as these things go and that would leave us in a pickle because we really wouldn’t want to have a solitary animal,” aquarium director Jon Forrest Dohlin told the Times.

According to a press release obtained by The Huffington Post, two unrelated walrus calves were discovered by local fishermen about a week apart in July. They were both said to be "badly dehydrated and in poor health."

The baby mammals (dubbed "Mitik" and "Pakak") were brought to the Alaska SeaLife Center where they received medical care and rehabilitation.

SCROLL FOR VIDEO OF THE PAIR

Both calves are now ready to move on to new homes. While Mitik is headed to the East Coast, Pakak will be making his way to the Indianapolis Zoo. 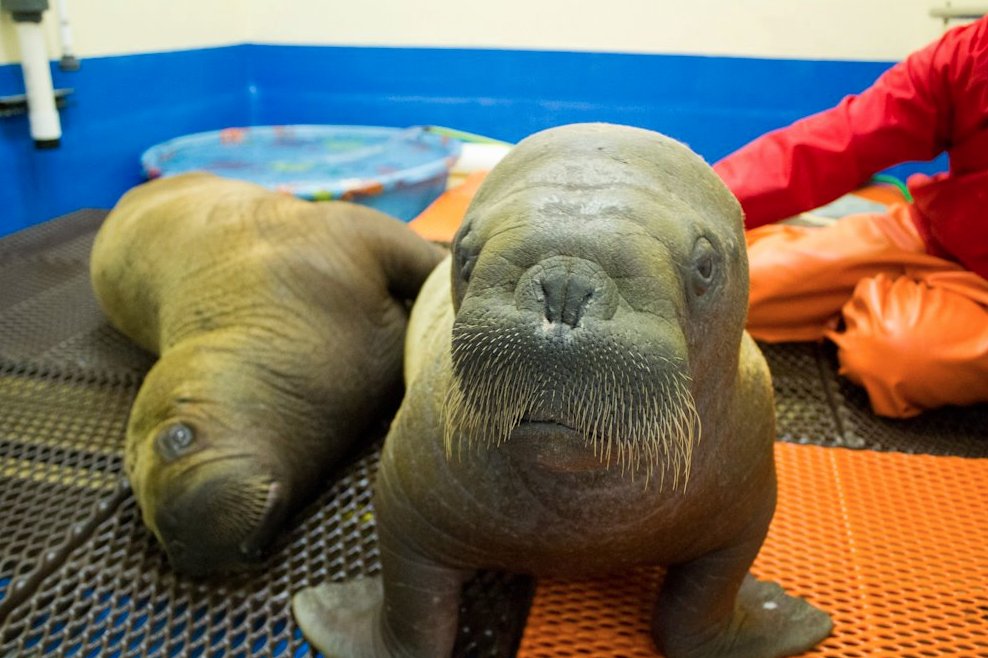 “If Mit is resting with his head on my lap, sucking my fingers, looking sweetly into my eyes, and Pak comes anywhere near us, he pops up, yells at Pak and tries to head-butt him,” she said. “Then he’ll turn to me and be all cuddly again. We say he is small, but scrappy -- the perfect New Yorker.”

The Associated Press writes that Mitik -- who has suffered from a number of health problems -- will be spending the first month at the aquarium in quarantine before he is introduced to the other walruses.

Aquarium staff say they hope the baby walrus, who is currently under 24-hour watch and is being hand-raised and bottle-fed, will soon make a full recovery.

It is also hoped that Mitik will make his public debut sometime next spring.

In its press release, the aquarium notes that "walruses are facing environmental threats in their Arctic habitat. Because of the lack of suitable ice, more and more walruses are congregating on land. Overcrowding in these areas may be playing a role in spreading disease among populations."