Parents can be very protective of their kids, including foster parents -- or penguin parents, for that matter.

This two-week old macaroni penguin chick being sheltered by foster dad, Tubby, is one of the newest additions to the Detroit Zoo.

The chick's real mom and dad, 25-year-old Needles and 8-year-old Diego, built their nesting spot too close to the habitat pool, so zookeepers decided to make a switch in the interest of safety. They pulled the chick's egg and hatched it using artificial incubation. After inspecting the baby penguin to ensure it was healthy and strong, they put it back in the egg, sealed it with tape and placed it in its new foster parents' nest.

Tubby and 30-year-old Purple Girl, its foster mom, took to the baby penguin and treated it like one of their own brood, according to Detroit Zoological Society Curator of Birds Tom Schneider. 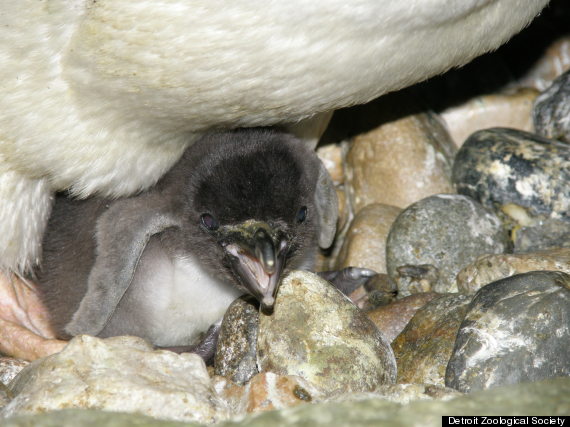 “The foster parents seemed a bit surprised by it all, but their parental instincts kicked in right away and both have been observed feeding ‘their’ baby,” he said. “The chick appears to be thriving and we are very encouraged and excited.”

Typically, penguin babies are reared for three months by zoo staff outside the exhibit, so Schneider said right now is a "rare opportunity for our visitors to see penguins rearing a chick."

The penguin chick, whose gender has not yet been determined, weighed 4.6 ounces at birth. That makes it the zoo's largest ever macaroni penguin chick. There are a total of 27 macaroni penguins at the Detroit Zoo, including its newest arrival. The institution is one of only seven in North America that is home to macaronis. 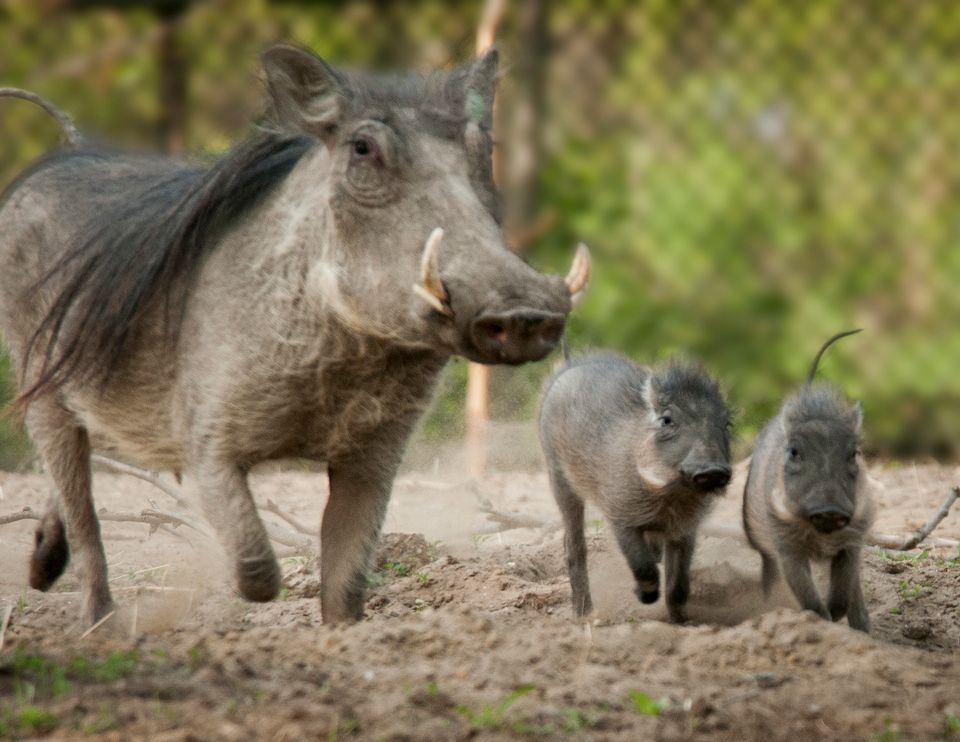 1 / 29
Warthog piglets Daphne and Violet were born to parents Lilith and Linus on April 7, 2013 at the Detroit Zoo.
Mark M. Gaskill / Detroit Zoo