Last week, about 100 Evanston residents were introduced to their town's newest celebrities: Marigold and Gribley, the ninth generation of peregrine falcons born atop the Evanston Public Library.

Specialists from the Shedd Aquarium stopped by to take blood samples, run genetic tests and band the two babies, who were named by a public vote from children's suggestions, according to the Chicago Tribune.

Peregrine falcons have been longtime residents at the library, and for the past seven years a pair named Nona and Squawker have returned to raise their young, according to Evanston Patch. They've become minor celebrities in the Chicago suburb over the years, enough to warrant the installation of a "falcon cam" that livestreams their day-to-day activities.

(For more on the library's history with falcon residents, visit Evanston Patch.)

Check out photos of the newest hatchlings' debut before a crowd of Evanston children: 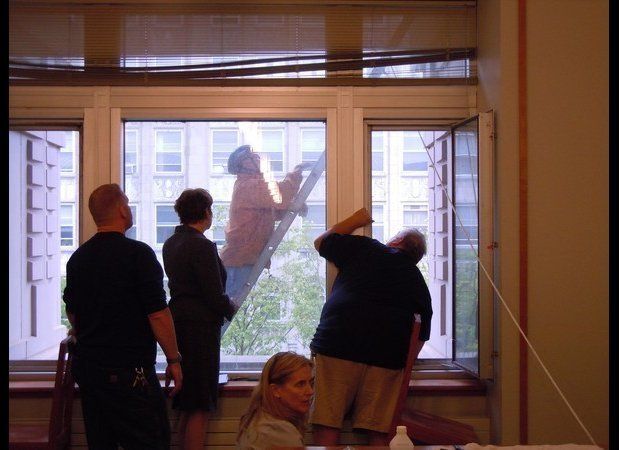