New Zealander Annette Swoffer got the surprise of her life when she found a baby seal in her kitchen, who later began to snooze on her couch, the New Zealand Herald reports.

According to the report, the seal wandered from the bay waterfront, through a residential area, across busy roads, under a gate, through a cat door, and up some stairs before he was found at around 9:30 p.m.

"I thought 'I'm hallucinating, this is just wrong,'" Swoffer told the paper. "Then it looks at me with those huge brown eyes. It was so cute..."

Swoffer then called the Society for the Prevention of Cruelty to Animals (SPCA), who called the Department of Conservation. According to a report by Stuff.co.nz, the department was already looking for the pup.

When biodiversity program manager Chris Clark came to pick up the animal, he told Swoffer he'd been looking for the seal all afternoon and that it had likely just been weaned from its mother.

Department of Conservation's Katrina Knill elaborated on the state of the New Zealand fur seal population in an email to The Huffington Post:

"NZ fur seal populations are starting to recover in the western Bay of Plenty, and are believed to be breeding on Motuanau (Plate) Island, which is approximately 12km offshore.

At this time of year, young seals are dispersing from the rookeries. Seal pups may often spend days at a time alone, whilst the mother is away foraging for food.

Seals usually occupy rocky shores in places that have some protection from heavy seas and are often found resting on Bay of Plenty beaches.

Occasionally they travel inland (usually via estuaries and waterways). When on land they can become disoriented and have been found on previous occasions in unexpected places such as backyards, drains and streets.

Seals are wild animals and the Department's policy is to return them to the care of their natural habitat."

Knill went on to write that seals can carry infectious diseases and injure humans, so members of the public should contact authorities (0800DOCHOT in NZ) if they see a seal in trouble or in an odd location. Click here to learn more about New Zealand's fur seals.

Check out the photos and video below of the baby seal on the couch. Photos courtesy of Department of Conservation Te Papa Atawhai/Christopher Clark: 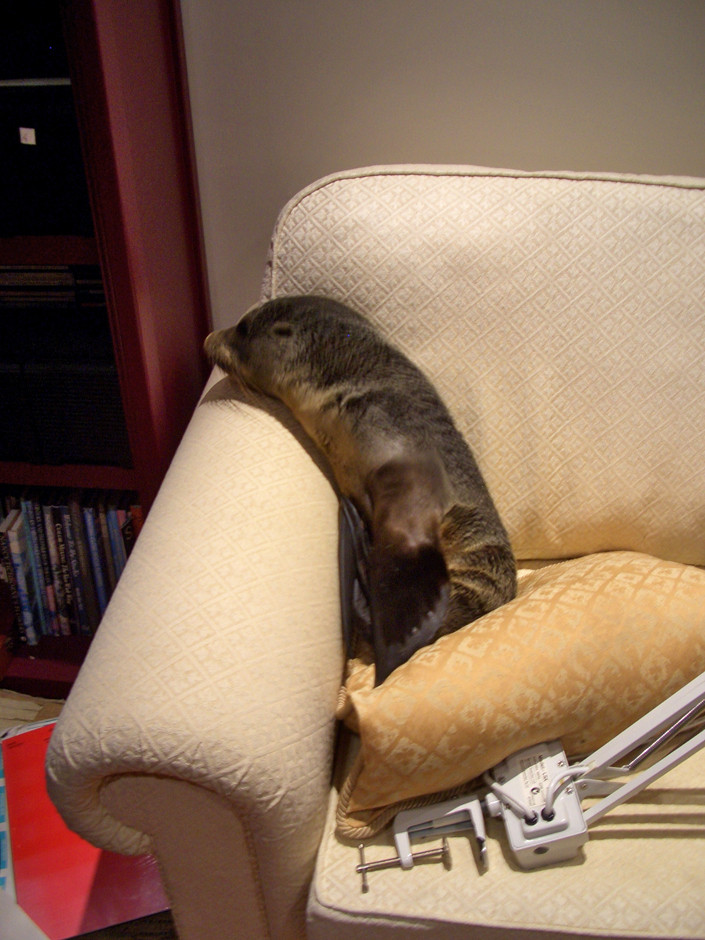 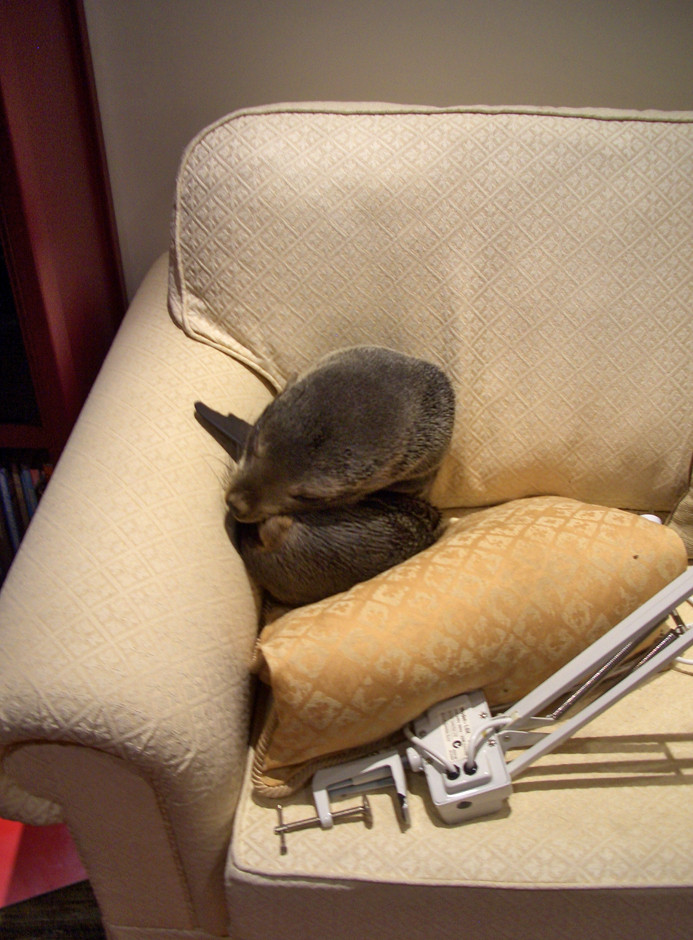