A one-year-old infant cheated death not once, but twice, in a recent car crash in Russia.

The video footage of the Jan. 20 collision, captured by another driver's dashboard camera, shows the baby being ejected from a smashed Mitsubishi SUV and landing in the path of oncoming traffic. Seconds earlier, the SUV had been struck by a truck after skidding across the icy road and into the wrong lane.

As seen in the video, the SUV attempts to pass the driver with the dash cam, loses control of the vehicle, and crashes into traffic on the opposite side of the road. After the oncoming truck hits the back of the vehicle, the force of the collision thrusts the baby out of the backseat window and into the roadway. The Telegraph notes that the baby was seated on a blanket behind the driver's seat, rather than being strapped into an appropriate car seat.

Lying in the road, the baby narrowly avoids being hit by another approaching truck. Traffic slows to a standstill as the driver, identified as 53-year-old Dmitry Aliev, rushes to pick up the infant, while the backseat passenger clears the debris from the roadway.

According to Sky News, the baby was taken to a local hospital and treated for minor cuts and bruises.

Child road safety has become a hotly debated issue in Russia as activists seek to increase the penalties for drivers who fail to strap children into car seats. Konstantin Abramov, first deputy director-general of the All-Russian Center for Public Opinion Research, cited statistics to bolster the proposal, noting during a December news conference that "only a third of our population uses the car seat." 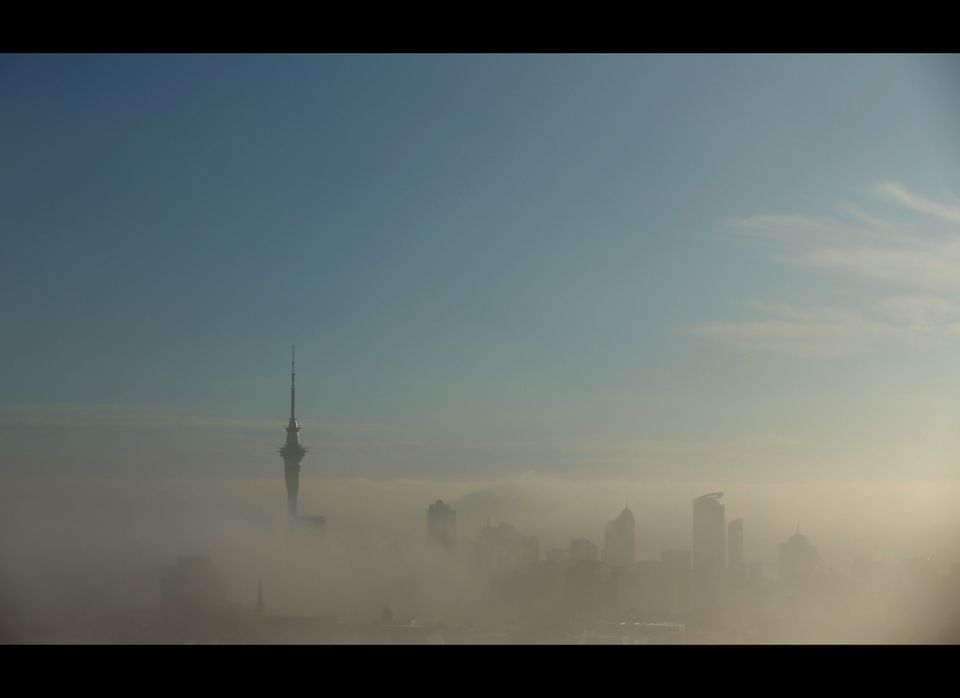