An Unnamed Baby: Secrets and Judgments About Adoption

As an adoption medicine specialist I have reviewed thousands of pre-adoption referrals both internationally and domestically. This past holiday, I experienced one of the most excruciating cases in my adoption medicine career. It involved the birth of a baby who was drug addicted and remained in the hospital for weeks without a loving parent and he was not given a name.

A baby boy was born in a big city hospital somewhere in the US. The birth mother had carried the baby to term, but had no intention of parenting the baby. The pregnancy was the result of one sexual encounter. The baby was born drug addicted from maternal oxycodone abuse and developed Neonatal Abstinence Syndrome (withdrawal from drugs) and suffered during three weeks of treatment with morphine. Some of the symptoms for babies with drug withdrawal are irritability, seizures, poor feeding, fever, vomiting, diarrhea, high-pitched crying, and increased muscle tone. This little guy had nearly all of these symptoms immediately at birth.

The birth mother decided to not be engaged in the care of the baby and to leave his care to medical staff at the hospital. She had engaged a lawyer just before delivery because she planned to place the baby for adoption. She had no intention of having an open adoption which would have involved some connection to the adoptive parents.

Members of the birth mother's family came to the hospital and cried, and expressed their feelings of disappointment about the baby being adopted and this was observed by the adoptive parent. The birth mother had worked with a lawyer to sign release papers so that the adoption could proceed. A prospective adoptive couple visited the baby for a couple of hours, a few days after his birth and they decided to not adopt him because they feared the long term effects of his drug exposure. That couple contacted me for some guidance about the science of drug exposure for infants. I don't tell people what to do in such circumstances, but rather act as a medical guide and interpreter.

A single parent stepped up to adopt him at about a week of life and she contacted me. The baby was on morphine all that first week and had no name. He was in the Neonatal Intensive Care Unit (NICU) and was struggling, but stable medically due to the superb care of the medical staff. The adoptive parent retained me to help understand the medical issues for this little boy. Even after it was known that there was an adoption plan in place, the hospital doctors, nurses and social workers were ignoring the legal process. Adoption papers were filed by the lawyer for the birth mother and the lawyer for the adoptive mother, but the baby lay in an isolette in the NICU receiving the highest level of medical care without the benefit of a caring parent. The hospital staff ignored the adoption plan information on the baby's chart. I left a phone message with the social worker at the hospital and that call was never returned. I was in touch with the adoptive parent daily by phone or email as she became more and more involved with the baby. There was no advocate to make decisions for this baby. Doctors and nurses were there to perform meticulous medical care, yes, but the baby was essentially all alone, abandoned and nameless and the adoptive parent was never consulted.

The adoptive parent was frightened and paralyzed emotionally because of her fears about the drug withdrawal symptoms and its possible effect on the future for this baby. The nurses took the baby away from the adoptive parent during some visits because they were not clear on what her rights were as a parent. The papers were there, but no one was following the law. The hospital was in violation of the adoption law in that state and they violated the rights of the adoptive parent and the rights of the child. This baby had no guardian in charge of his welfare. All medical care decisions were made by the nurses and doctors without any discussion with a parent.

I was in touch with the adoptive parent by email and phone to help guide her process. I gave her medical advice based on the records which were finally released by the hospital after two weeks. The baby was essentially in withdrawal from an unspecified opiate, probably oxycodone. I knew that this withdrawal would resolve finally, but mostly what I cared about was the rights of the baby-- the right of the baby to be parented and not just medically managed. I wanted someone to love the baby, hold him and caress him and call him by a given name. I wanted both the birth mother and the adoptive mother to meet and have a moment of transition and the beginning of resolution. I wanted the rule of law to prevail so that the child could have a parent advocate.

The injustice depicted here was completely preventable. There are laws in all 50 states to manage adoption plans. This is not a unique circumstance. Thousands of babies are born to drug addicted birth mothers in the US. Legal releases are signed, transfer of care occurs from birth mother to adoptive parents, and babies in withdrawal survive and go on to live decent lives.

This baby was not protected because judgments were made and secrets kept. There was fragmented psycho-social support for the birth mother, the baby, and the adoptive parent. The lawyers were powerless. The baby was finally named by the adoptive mother at three weeks of age and the adoption papers were filed by the attorney. The birth mother has 60 days to "change her mind" and the adoption can be final by 6 months. He went home with his adoptive parent after 26 days of hospitalization for drug withdrawal. Last week he had his first pediatric visit and he was gaining weight and peaceful.

I wonder if anyone at the hospital is thinking about this baby. I hope that the medical staff became attached as they cared for him. This sweet baby boy needed swaddling, holding, commitment, an adoption plan, and a name at birth.

It appears from my discussions with adoption attorneys that this situation is not uncommon. In 2015, adoption is still treated as a secret and there is shame and stigma attached to it. The process is traumatic because of these secrets and judgments. The birth mother, adoptive parent and the baby need support from the social workers, doctors, and nurses, and the lawyers needed to be able to implement the laws that exist to protect all parties. Judgments are not humane.

Babies who are foundlings all over the world are judged as well and likely the secrets and judgments are at the heart of why these babies are not adopted or fostered in the community and why millions of orphans are institutionalized. Why judge a baby? Why judge an orphan?

My work as the CEO of Worldwide Orphans puts me in touch with these very issues daily. Orphans are stigmatized and judged and that is part of the reason why communities struggle with taking responsibility for these innocent and precious lives.

I share with you a very sad moment in our legal system. There is a new law in Tennessee to prosecute birth mothers for taking drugs during pregnancy; this law is heinous. Drug exposure for a baby is unhealthy, but criminalizing the drug exposure will never be the answer. The birth mother needs counseling, education, support and love, not jail. The baby and the adoptive parents need support and love and an open environment where healing can occur, especially in a hospital setting. 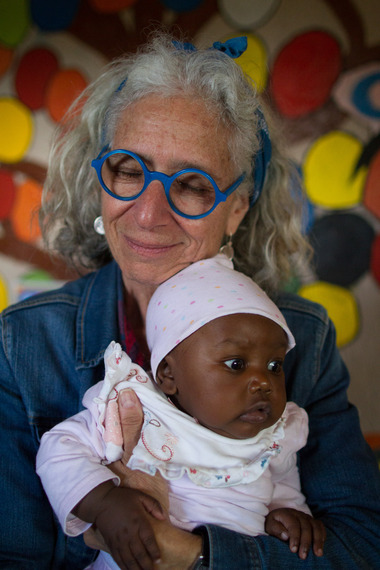