Michele Bachmann's presidential campaign may have hit some recent bumps, but at least one part of her is doing well.

Bachmann-Eyezed, an app that adds her signature stare to any photo, is now available for iPhones and iPads. Just pick a photo, place the tracer over the general ocular region and the app will replace your eyes with hers. Voila, instant Bachmann!

"Want that special, extra-intense look? Just slide the 'craziness level' up and see what happens," the app's description reads. The GOP congresswoman and her intense gaze were recently featured on the cover of Newsweek. The magazine took a lot of heat for the pic, but editor Tina Brown defended it.

The app also allows users to save the pic for easy sharing. For even more updates, follow Bachmann-eyezed on Twitter.

Here's a preview of the app, courtesy of the App Store: 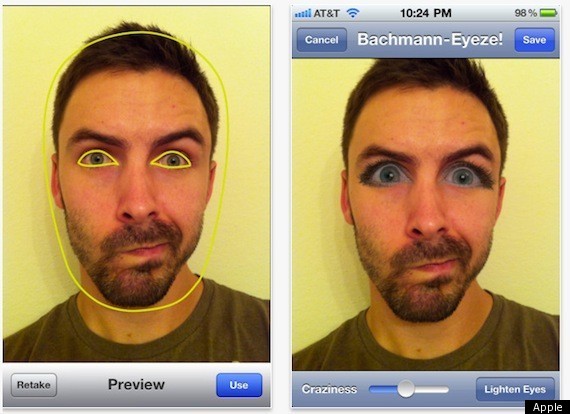