Because of my recent trip to Africa, I now understand how the Clinton family continues to serve. With my son, I had the privilege to travel to five of the eleven initiatives of the Clinton Foundation in Africa. On the trip, I saw first-hand the quiet appreciation on the faces of President and Chelsea Clinton when they observed the real-life results of their work: 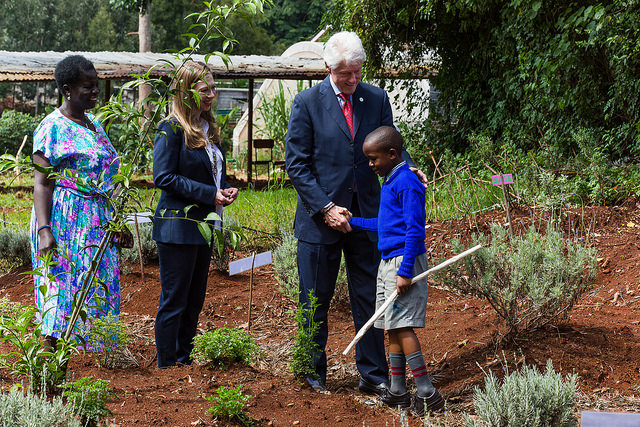 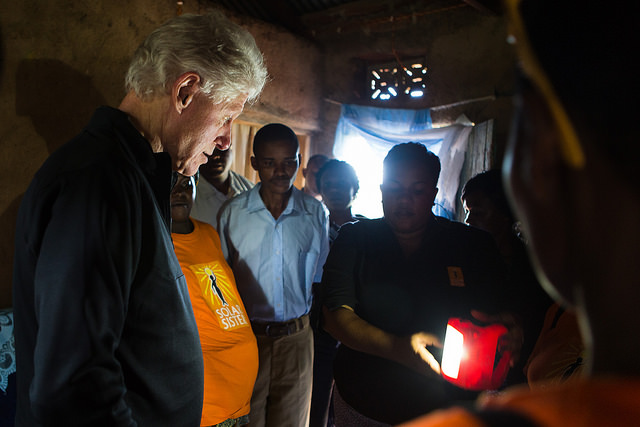 The young woman who walked six hours with her baby to the only medical facility for 60 kilometers, radiating with relief that her child would now live a long life 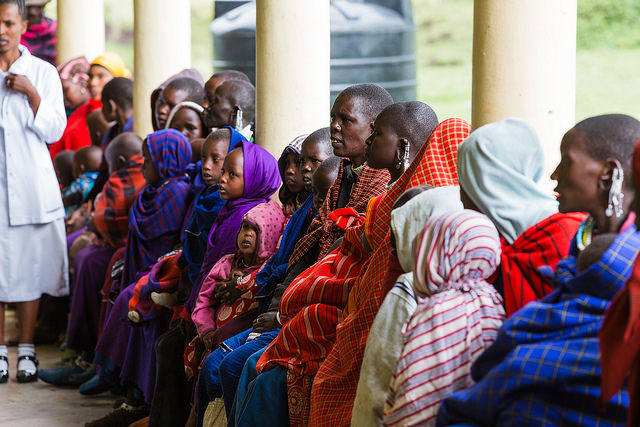 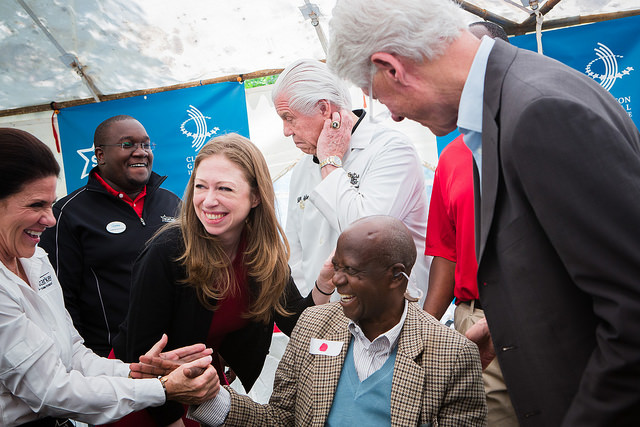 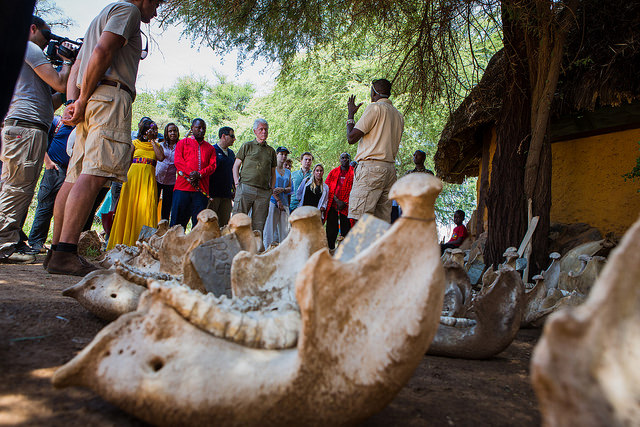 And the 5,000 teenagers cheering in unison their thanks to the Clintons and their partners for "giving us wings to fly".

After seeing firsthand the hope the Foundation gives to all these people who had been forgotten by the rest of the world, it is clear that the truth about its work and the Clinton family is being muddied, eclipsed or blatantly ignored. And yet, the good work continues because of the commitment, inspiration, leadership and execution skills of the Clinton Foundation and the extraordinary staff they have assembled. This commitment is necessary for the work to continue, but it is not sufficient.

The programs are possible only because of the partners and donors from around the world who support them. I traveled with wonderful people to Africa. We have become a kind of band of brothers and sisters by this point. The people whose lives have been changed for the better because of the Clinton Foundation filled all of us, from the donors to the staff, with the same humility and determination to do more to keep the work going and to keep producing results.

The media has incorrectly reported that people were invited to reward political donors -- which is demonstrably false. Joining the trip, for example, were Bill and Tani Austin, founders of the Starkey Hearing Foundation, which has committed to provide over a million hearing aids to poor people around the world (they currently give away 100,000 hearings aids each year) and have donated generously to the Clinton Foundation. They are lifelong Republicans and have no intention of voting for a Democrat - but have joined the Clintons to help improve lives around the world.

It was also truly inspiring to see the tireless energy and commitment that President Clinton himself brings to the work of the Clinton Foundation. Each day, we'd begin at an early hour -- sometimes as early as 5 a.m. -- and President Clinton was ready and excited to see the programs in action, and speak with people who were profoundly impacted by the Clinton Foundation's work. By the end of the day, sometimes late in the evening, he was still excited, talking about the work that he'd seen -- and more importantly, how to make it work better and how to increase its impact. For two weeks he had the stamina and the drive through Africa, and this is the level of energy and commitment that has made his Foundation's work so successful and so impactful.

We should also applaud the staff of the Clinton Foundation. I have spent quality time with many of them and all could have lucrative jobs in the private sector. Instead, they have decided to dedicate their lives to helping others. None of them are overpaid, though they work ungodly hours and have families to support. These hard working, self-sacrificing people committed to serving others are the so-called "overhead" of the Clinton Foundation. In truth, the Foundation is extremely financially efficient. The Clinton Foundation spends 88 percent of its budget on programmatic work, helping people around the world.

Recent polls have shown that despite the unfair and distorted attacks on the Foundation, the American public has a clear understanding of the Clintons' strong leadership qualities and commitment to helping people. The Clintons can weather political storms. But what about the real people they are helping? What happens if donors who crave privacy back away in order to avoid the cross-fire from the media? I know what will happen. All the people I saw in Africa could lose the only lifeline they have ever been given. They are the true beneficiaries of the Foundation, and they are being ignored by reporters. They have no voice to be heard in our media outlets. For purely partisan political reasons, Secretary Clinton is the target of the attacks on the Foundation, but the victims would be the striving, constructive and hopeful people I met. And THAT would not be right or just.

As a result of our trip, our family is going to give more to the Foundation. If we want justice, health and a decent life for all the beneficiaries of the Clinton Foundation's work, all the donors, partners and supporters need to step up, stronger, bigger and bolder. I am hoping this will happen.