In the United States, back pain is one of the top complaints people bring to their doctors. What is the cause of this back pain that is so prevalent in our culture?

First, some basic anatomy. The human spine is called "the segmented bone," meaning it's a bone that the body recognizes as one bone, in the same way it recognizes, say, the femur (thigh) or humerus (biceps), but unlike those bones, it is segmented, a bone in parts, and those parts are called vertebrae. That said, when it comes to function, the body does not recognize the individual parts of the spine; it stimulates and responds to the spine as if it is a single unit, a lone bone.

But a really flexible bone. That flexible spine is why, regarding range of motion, humans have more capability than all other vertebrates. The monkey, the zebra, your pet dog -- you name it, they all have spines whose vertebrae do not allow for the full range of motion that our vertebrae allow for. This is a quintessential case of the whole being greater than the sum of its parts. But there's one catch: For that full range of motion, our spine must be in the shape of an "S" curve. 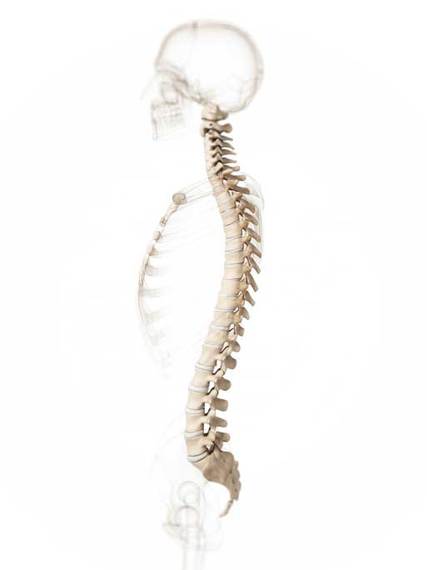 When the spine is an "S" it is considered in neutral position, and its load bearing is distributed evenly among all vertebrae. As a result, people with the "S" spine have no restrictions on their range of motion, no matter what they're doing -- standing, sitting, walking, lying down, surfing, playing volleyball, gardening.

People with back pain don't have that full range of motion, at least not without some pain of degrees ranging from minor to debilitating, and that's because their spines are no longer in an "S" position. They've been contorted into various forms, some going from being an "S" to a "C" (which, among other downsides, is a far less popular letter on Wheel of Fortune).

Related: The Interesting Way Your Feet Reveal Why You're in Pain

When that spine is not an "S," the load that it bears is no longer evenly distributed among all vertebrae. Some vertebra are doing more work, more load bearing, than they were intended, and that's when the various forms of back pain come in.

But how did the spine lose its "S" shape? That's all about the alignment of our four load-bearing joints -- the shoulders, hips, knees and ankles, four to each side, eight joints in total. When these joints are properly aligned, they sit directly on top of each other, and all vertical and horizontal planes are straight, and the spine remains an "S." 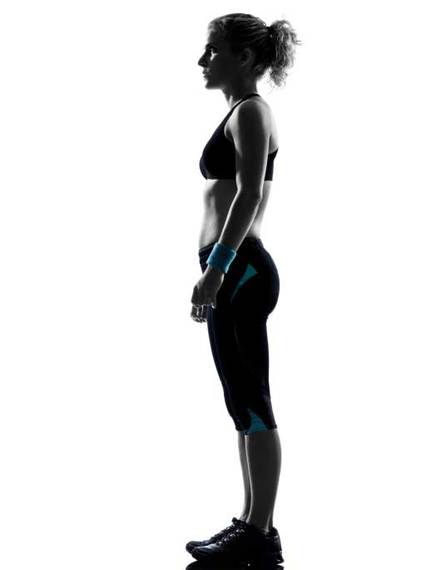 But when those load bearing joints are not aligned, that's when the best laid plans of our human design go awry and our spines become "Cs" or some other shape and acquire any range of problems that cause the load bearing of the spine to be distributed unevenly.

Back pain, and everything it represents, is nothing more than the body telling the host that he or she cannot load the spine the way the spine was designed to load in the position of the "S" curve. Why? Because the body is not aligned. So the spine reacts by altering its shape to compensate, and in that compensation comes pain. (All of this refers to most common back pain and does not include bodies that just suffered a major trauma.)

Related: The #1 Move to Do for a Pain-Free Body

But here's the thing. The human body is so amazing that that pain from compensation is the body doing exactly what it's supposed to do. Discs herniate because they can and, in fact, are supposed to when the spine is being compromised. But that herniated disc isn't the cause of the problem.

And a great number of back surgeries today do not address the problem; they address the symptom, regrettably leaving the original problem in tact.

The way to address the problem is to rebalance the body into proper alignment. (You can watch an incredible tutorial on how to fix back pain at home here.) Once you do that, then your muscles will tell your spine to return to an "S" curve, and any back pain you felt will be alleviated because all the weight that the spine is loading will again be distributed evenly among all the vertebrae. And then you can get back to doing all the things you used to do that the rest of the mammal world, with its less flexible spine, simply cannot.

Known as the Father of Postural Therapy, Pete Egoscue has helped relieve thousands of people from their chronic pain, including many of the world's leading athletes. For more information on Pete and any of his 25 clinics worldwide, go to egoscue.com.

Find more articles from Pete and other wellness experts at Sonima.com.