My partner Ken Hertz and I recently hosted the 16th installment of our Big Bang Forum, with the timely theme of: Back to Reality - The Latest on VR, AR and MR.

Big Bang was designed to showcase compelling new ideas that we think people should know about, whether they originate from major companies or brand new companies disrupting the status quo. Over the years, we've covered just about every major new technology as it pertains to media, music and entertainment. This time, we focused on the latest developments in the VR, AR & MR (mixed reality) industries.

Many in attendance were already keenly aware of and eagerly awaiting the arrival of the practical applications of VR, AR & MR. Our guest speakers provided new perspectives on the next steps in the emergence of these technologies; the perceived timeline for their development and mass market acceptance; and scenarios for viable business models.

Our opening speaker was Linc Gasking, the cofounder and CEO of 8i, a technology company that makes it possible to easily create and experience human holograms in virtual and augmented reality. Linc has been a pioneer at the intersection of media, technology and startups for the past 20 years.

Linc demonstrated his company's current technology, and previewed some of the things 8i is working on across not just VR, but also augmented and mixed reality. Early on, Linc gave an indication of how quickly the technology is evolving, talking about what's possible today vs. what's going to be possible in the near future. "A year ago," he said, "it took 24 hours to render a 3D image. Today it takes 15 minutes." He then showed us examples of what he was talking about with VR holograms. 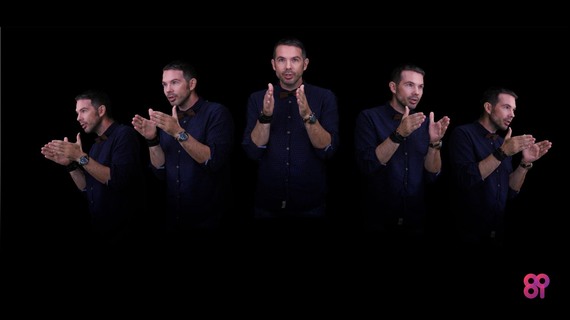 He mentioned some simple, practical uses around mixing holograms with reality and sharing it with friends. "We're looking," he said, "at creating practical, everyday experiences, such as allowing grandparents, aunts and uncles to experience a child's first steps, as if there in person."

Later, after demonstrating a number of examples of what 8i has produced, he talked about the obvious applications of this technology to gaming, as well as the key interest of many of the attendees, "We can create a concert experience that occurs in a public venue, but that can be delivered anywhere you want."

Linc also pointed out what was proprietary about their technology: "We can create a realistic human hologram and play it back in 3D form that works on devices that people already have."

He finished with a discussion of possible business models, a theme that each of the presenters addressed. Linc indicated that he can see scenarios for both subscriptions and ad-based solutions, although it's not clear which might end up dominating.

Our 2nd speaker was Ravé Mehta, founder of Mehta Labs, and an award winning tech entrepreneur, musician, producer and bestselling author. Ravé is the recipient of the Tesla Vision Award by the Tesla Science Foundation and is a former board member for the Florida Space Agency.

Ravé is also known as a VR pioneer with over 18 years of experience in the field. His first VR company in the late 90's, developed VR simulation and training systems for the military to create sophisticated accelerated learning environments that exponentially increased knowledge transfer. His current company, Mehta Labs, focuses on creating technology and immersive experiences that help people access enhanced mental, emotional and physical states and essentially train people to be superhuman.

Ravé opened with a discussion of the psychological aspects of how people learn, perceive and process information. He also introduced the concept of "flow states" and how there are three primary things that drive flow - presence, novelty and challenge. Flow can be characterized as a state where one is completely present and immersed in their activity, which makes them stronger, faster, smarter and hyper-intuitive. VR can be a great tool for setting up these types of experiences to enable flow. "We're focused on creating full body immersive VR and MR experiences to help capture and move these enhanced flow states from our mind into our body," he said. "We want to leverage our body's muscle memory to help access our enhanced flow states more easily and consistently." 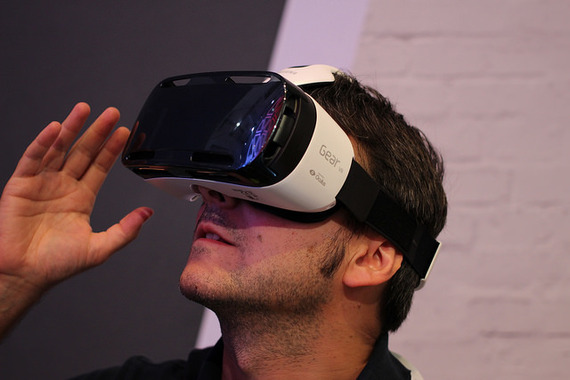 Another psychological phenomenon that Ravé has researched and studied for the past 15 years is fear. I asked him how fear enters into the picture. He responded, "The opposite of fear is trust. Creating experiences that help us exercise more trust is essential to opening people up to more flow and transcending fear."

Ravé talked about the 2 basic kinds of VR: live action and CGI (computer-generated imagery), giving examples of both. Live action is based on 360-degree video capture that gives people a single point from where they can view the world. CGI, like in many video games, allows us to create a world where participants can move around more freely with out being restricted to single points of view. Live action VR with 360-degree video can create a more real-world feel, but if we are trying to give people experiences of higher degrees of freedom, than CGI is the more effective approach for now.

Ravé also speculated on the expected growth of the VR industry in terms of revenue projections over the next few years, as well as the industries that will apply it most successfully.

In response to the question "Is this going to be like the evolution of video, moving it from an arcade experience to a living room experience?" Ravé replied, "There may be some aspects of that, but since no one knows how VR content will be distributed and monetized yet, we are more focused on developing and selling access to superior mind-bending experiences that incorporates VR and MR. In the end, the experience is king."

Responding to another question, Ravé discussed applications of VR, AR & MR in education, health and medicine (to manage pain and anxiety disorders) and other non-entertainment contexts.

Our final speaker was Chris Hewish, an award-winning interactive executive with over 25 years of experience in designing, producing, marketing and publishing games. Chris is currently partnered with Survios, a cutting edge VR company.

Survios is aimed at a different segment of the market, Chris told us, "We're focused on premium games on premium headsets: HTC Vive, Occulus Rift and PlayStation VR. And, after a lot of hype and a lot of promotion, it's nice to see it actually hit the market." 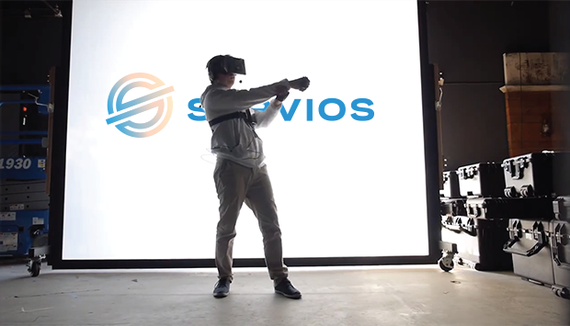 PlayStation VR, which just launched on October 13th, could be a turning point for the VR industry. Chris said that PlayStation VR will have 2 advantages: "Lower price (at least for those with PlayStation 4), and the fact that there's more content available."

He continued to talk about the development and adoption of VR in gaming, "We're about 24 months away, a couple of hardware cycles away from being able to have practical products and breaking out from just the hard-core gamer market."

Chris stressed that, "Freedom from the current restraints will drive wider adoption." Then he detailed the biggest obstacles. One of them, for platforms like PlayStation VR, is being tethered to the console. A second restraint is that, "A minimum of 90 frames per second is necessary to avoid cyber sickness." Cyber sickness is a phenomenon that has plagued the early stages of VR. It's similar to motion and simulator sickness, and it's exacerbated by low-resolution images in VR.

In the final portion of his presentation, Chris gave his take on monetizing VR: "Nobody knows what the business model will be. Historically, the business model has emerged after the technology hits the market and matures." He gave examples of how mobile revenue sources turned out to be somewhat different than what many had predicted.

He continued, "VR is a catch-all phrase for a bunch of different segments: console-based VR, mobile-based augmented technologies, etc. It's possible, if not likely, that each platform will have its own business model and revenue streams."

It was a fitting way to wrap up the presentations. VR, AR & MR are poised to be a part of a wide variety of experiences and industries. And the introduction of new consumer devices brings these technologies close to widespread adoption.