As a journalist and writer, you get to meet and interview your fair share of people from all walks of life.

So when my friend and Global Twitter Marketing Specialist, Keith Keller, offered to introduce me to Back to the Future star Claudia Wells, I jumped at the chance. 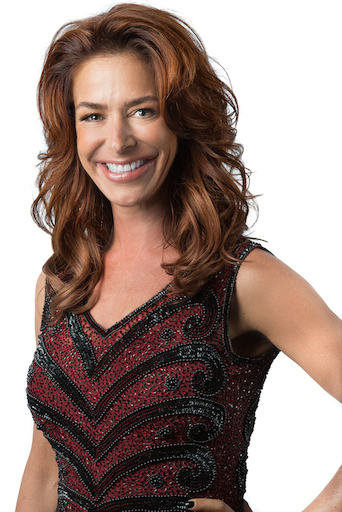 After all, it's not everyday you get to connect with and interview a Hollywood star who had a major role in such an iconic movie.

Beyond that, it's not everyday someone like me gets to interview someone whose spirit takes the conversation to a deeper, more meaningful level. After forty minutes spent chatting with Claudia, I looked at my notes and felt as though I'd just had a casual conversation with a good friend.

Wells played Jennifer Parker in the original Back to the Future movie. The word 'iconic' doesn't really do the movie justice.

As you can imagine, after forty minutes, Claudia and I talked about a lot of different things and this thought really sat with me: this incredible woman is so much more than Jennifer Parker from Back to the Future.

Prior to landing the role that was destined to change Claudia's career forever, she was a stalwart when it came to TV, having shot over 50 episodics prior to the Back to the Future craze.

When asked what it was like to work with the incredible Michael J. Fox, Claudia couldn't praise Michael enough: "wonderful, upbeat, funny, compassionate..." All words used to describe Michael who of course, played Marty McFly in the movie. 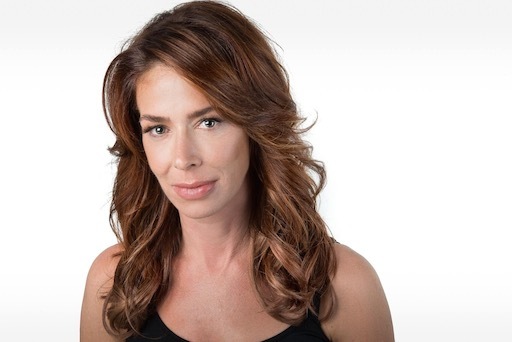 It's been 8 years since Claudia and Michael's paths crossed briefly at a speaking event in San Francisco. But come this July, that's all about to change thanks to the biggest Back to the Future reunion ever that's all set to take place in London at Collectormania from July 17 to 19.

Amazingly, even though Claudia and Michael's encounters have been so brief, Claudia recalls the feeling of seeing him again being similar to a 'time vacuum'. Almost as though no time at all had passed.

To me, what's most fascinating about talking to Claudia about this incredible phase in her life, are the stories behind the stories. So often, we underestimate the power that movies, TV shows and other mediums can have on people's lives.

For some, Back to the Future wasn't just a movie: it helped them to face each day and even played a role in carving out their own futures.

There's the story about the letters Claudia received from a man who wrote to her, telling her the movie prevented him from committing suicide. At the time of the movie's release, this man was just 8-years-old and he'd watch Back to the Future each night. Marty McFly and Jennifer Parker were his family... the people who drove him to just keep on going each day.

And then there's the scientist who Claudia met at another event who yearned to become a scientist largely thanks to her love of the film. She went to college, earned a Masters and today, she's helping to make the world a better place with her invaluable research.

Claudia never reprised her role in any of the Back to Future sequels because her mother was gravely ill at the time the sequel came around. As a bystander, it's incredibly easy to assume that such a decision was hard for the actress but Claudia told me: "My mother had fourth stage lymphoma... I had so much happening personally that deep down, I never considered reprising my role and deep in my soul, I knew this was the right choice for me."

Fast-forward 15 years and in the lead-up to Back to the Future Day (celebrated on October 21st of this year), Claudia is amazed how the love for the movie and her character has never waned and continues to deliver her with incredible opportunities that take her around the globe.

But don't think for one second that this is the end of the story.

Claudia is the only original board member of Kids in the Spotlight, a not-for-profit organization that's been helping to build a creative purpose for foster kids for 6 years now.

"These foster kids are left out on their own and so many of them never leave their foster homes until they're ready to embark on the next phase of their life. What about them?" says Claudia.

This fantastic initiative provides a 10-week program to various foster homes. Kids learn how to act, write a script and work as a team so that they're able to channel their pain into a creative outlet.

Once the scripts are written, the kids themselves vote as to which ones are going to be made into movies before professional directors, camera men and so on, are brought in to film. At the end of this process, every child receives a certificate from the Writer's Guild but the real fun kicks in at the yearly gala event hosted by the organization.

For just one night, the foster kids are treated like real celebrities: fully outfitted in terms of wardrobe and make-up, surrounding by celebrities, food... it's like a fun spin on Oscars night. Their movies are shown on full screens and appear on billboards and DVDs. Incredible!

"It's amazing to play a part in changing these kids' lives forever. Once they've completed the program, they can envision a career in the movie industry and have real hope for the future," says Claudia.

Oh, and if this all didn't mean Claudia had enough on her plate, she's just recently celebrated 23 years and 6 months in business. Her high-end designer re-sell shop, Armani Wells, caters only for males, enables fashion-forward men to wear renowned labels such as Versace, Prada, Canali and so on, at an affordable price.

"I love giving men the opportunity to uplift themselves and feel good about what they wear and how they look," Claudia says.

So, after forty minutes chatting with this incredible woman, I came away thinking: wow, this is someone who's living life to its fullest and helping others as much as she can along the way.

Now, that's what a real story is all about!

Back to the Future Day will be celebrated on October 21st of this year. Don't forget to keep your eyes out for a special article we're organizing for this landmark event.

Founder and Editor-in-Chief - This Woman Can