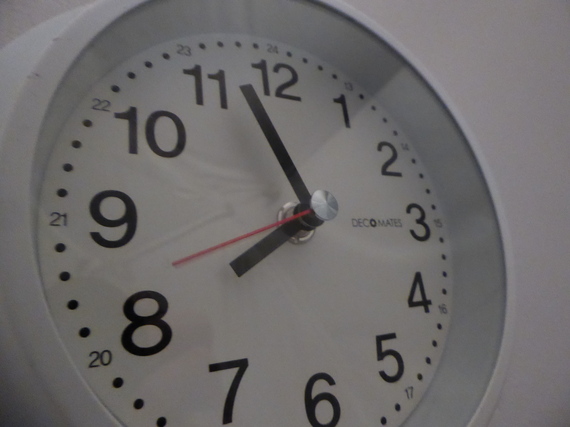 Oct 21st, 2015 - Thirty years to the day after Doc Brown took Marty McFly to the future - I'm in a dome practicing for a trip to Mars. Sadly, we are doing this without the assistance of hoverboards (for now). Happily, our pockets are still in our pants. Strangely, the six of us simulated astronauts are not really space travelers. Instead, we are time travelers.

In many ways, our external clocks stopped on August 28th, 2015. We haven't seen a movie that has come out since then - including, ironically, The Martian. Most of us haven't heard any music released after that date. News? We get some occasionally. It's mostly science-related (or medicine-related in my case. Yes, I am that geeky: I gotta read those flu shot recommendations even in space). With the kind assistance of ground control, some of us watch a TV show now and then (mostly John Oliver's Last Week Tonight). As for the rest... memes? What's taking over the internet right now? The latest iPhones? The year's hottest Android apps? Policy changes, presidential races, protests, mass petitions, Academy Awards, fires, floods, drought, disasters, marriages, divorces, reformation, reconstruction. These events live exclusively in your present, vibrant and humming with gravitas for a moment before they flicker into the past. At the same time, it's all in our future. We'll hear about it, see it, be amused or horrified about it sometime after August 28th, 2016.

It's kind of fun to imagine the world you all are living in - most especially, the ways in which it will surprise me ten months from now. I've had a taste of this before. To my complete surprise, it doesn't take long - no more than a few weeks, in fact - before you can find yourself living in the past. 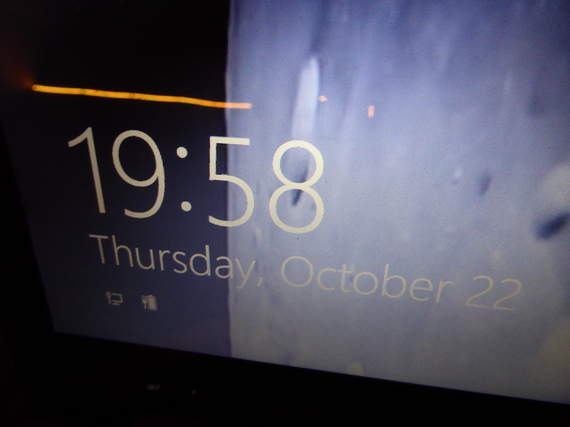 I'll give you an example. In September 2012, I went to Canada to train in kidney care at Halifax's Dalhousie Hospital. I was in Nova Scotia for a month. Near the end of that tour, I flew to Naples, Florida, to attend a friend's wedding. When I arrived, everything seemed normal. People were doing what people usually do at parties, at weddings in particular: laughing, having a few drinks, swaying to the music.

The predictability of the scene it was somewhat reassuring. Sure, I had been on an island off the coast of Maine, living in the quaint capital of a small province, but, in that time, nothing significant had - HOLY COW WHAT THE LORD'S NAME IS ALL THIS?! I jumped out of the way and hugged the wall as the entire assembled crowd started jumping around, galloping as if on horseback, and screaming in Korean. After about 30 seconds, I fled outside. There, I inquired of a gentleman too busy smoking and checking his emails to be likewise gyrating to, "WHOOP WHOOP, WHOOP-WHOOP!" what it was, exactly, that might be causing everyone to go temporarily insane.

One look from him told me that it was I, in fact, who was nuttier than a fruitcake. He glanced up from his emails just long enough to drawl, "How do you not know this?" before taking a long drag, followed by a smoky, exasperated exhale. He looked down again. A few meters away, 100 people were riding invisible ponies, but it was me who was out of place. I may as well have just run into a diner in 1955 wearing yoga pants and carrying a Nalgene.

By now, you've probably put the pieces together: I left the U.S. for a few weeks and missed "Gangnam Style." Missed it completely. 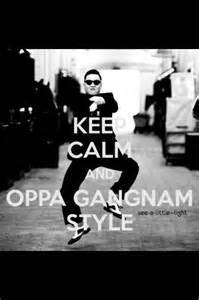 I also would have - should have - missed the Clint Eastwood talking-to-an-empty-chair meme. However, my Canadian colleagues at Dal found the entire episode spectacularly hilarious. They watched it on repeat the same way you might play, and then replay, the most hilarious moments from How I Met Your Mother. A week after that fateful Republican national convention (also, by happenstance, in Florida), I walked in on a group of them crowded around a computer, tittering and snorting. When they saw me standing there, they put their guffaws on pause. Lowering their eyes in sync with the laptop lid, they cleared their throats one by one, then, in unison, said, "Gosh. We are SO SORRY, Shey."

Canadians. They are so polite, eh. 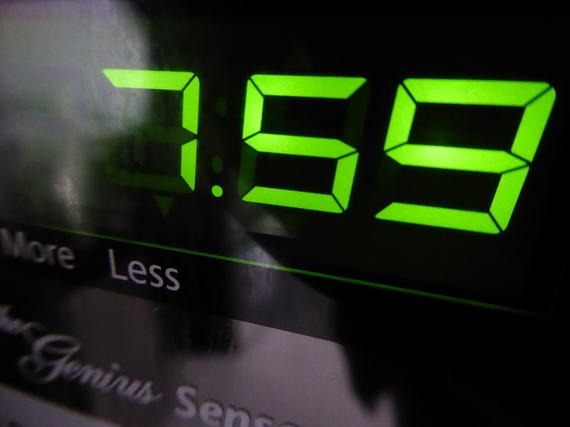 Time travel. It happens to us all at some point. We get busy - at work, at home, at school - and wake up sometime later in the midst of our own lives. The longer it's been since you looked up from your desk, your steering wheel, your kid's playpen, the bigger the shock it's going to be.

For me, the biggest jump in time definitely happened during medical school. It's pretty common, especially when you're living, again, on an island, sleeping a few hours a night; cramming physiology, anatomy and biochemistry down your throat during all your waking hours; doing cartwheels in between classes in the hopes of compressing the information bolus down and being able to jam in just a little bit more in before passing out again. That routine goes on for years.

After just such a year, I headed to Sweden to work at a hospital in Upsala, about 45 minutes north of Stockholm. On the way there I stopped in London to see a good friend from college (UC Berkeley). He suggested that we go see the new Star Trek movie. I had heard that one was being made, but I had no idea that it was finished, much less out in theaters. I definitely didn't know who was in it.

Which is why, about 10 minutes into the film, I leaned over to Aaron and said, "Hey - you know that guy we both went to school with, Chris Pine? The guy playing Kirk looks exactly like Chris."

Chris Pine had been a student of mine in a senior English seminar at Berkeley. I have to admit, he was one of my favorite students. In part, this was because he wrote well. In part, it was because he was a complete nut. The last time I had seen Chris, he had run up to me in Aroma cafe in LA, a few days after the end of the semester in May 2002, begging to know his final grade. At the time, I was cupping a latte in one hand and trying to hold a poker face. It lasted about 0.68 seconds. 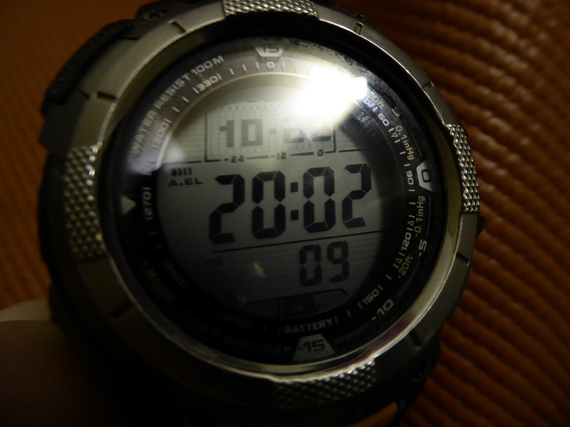 "Hi Chris," I took a sip. "It's nice to see you, too." I looked around to see if anyone was there to witness me revealing a grade before the official end of the term. The coast looked reasonably clear, and Chris seemed SO eager to hear his grade. I lost the battle and broke out in a grin. "Oh, and I'm pretty sure you got an A." In an instant, the man who would later be James Tiberius Kirk was jumping up and down, doing a frenetic fist pump and shouting, "Yes! Yes! WHOO HOOO!" at the top of his lungs.

So much for keeping a low profile. It's not Chris' bag, I guess; and, in truth, it's not really mine, either.

Flash-forward to 2009. I'm sitting in that London theatre whispering, "That guy on the screen looks at lot like Chris Pine." Aaron giggled, checked to see if anyone had heard him, and whispered, "Shey - that IS Chris Pine."

"What?" I said. Had I been on another planet? How could I have missed this?

Then it was my turn to stand up and scream, "NO WAAAAAYYYY!!!!" while pointing to the screen. In case you've never done this in an IMAX, allow me assure you, it's quite effective. Your voice CARRIES.

If that's not time travel, I don't know what is. The world keeps turning. You remain fixed in place. At some point, the discrepancies between what you consider reality and what the majority of the world would agree upon as reality come into conflict, and the game of catch-up begins. Or doesn't, and you remain fixed in your mental, if not your physical, time and space. 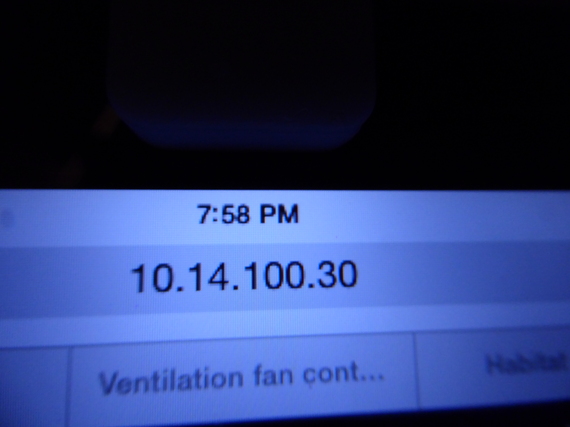 As we go to further and further into the galaxy, this is going to happen, more and more frequently. The Earth we leave will not be the Earth we return to, nor can it ever be. So it is whenever we leave home, but, unlike summer camp and freshmen year at college, leaving the planet entirely for years at a time raises some very interesting questions. For one: how to keep humanity on the same page when we physically occupy two different planets. Is that even possible? Should we bother trying? If so, how? The Martian day is 40 minutes longer. Between the two planets, you can't even synchronize a watch. Communication from one place to the other travels through a vast span time and space. Messages arrive from 20 minutes in the past. We deal with this every day on sMars. You come to expect the delay, the way that you might expect, say, a momentary pause in a radio transmission before the line is clear and you can speak again. You anticipate it, but I can't say that you ever get used to it. 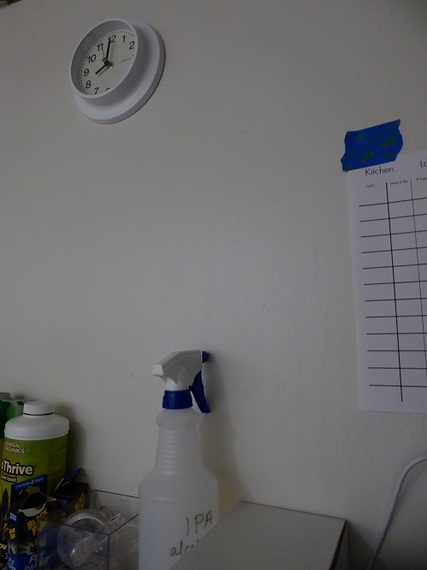 At the same time, there are distinct perks to being a time traveler. Ten months from now when I send a text message and receive a near-instant reply, I'll probably end up hugging a wall again, or shouting, "NOOOO WAY!!" Maybe what time travel is really good for. Apart from making bets on baseball games, buying lottery tickets, and rebooting movie plots, a gap in time can rekindle your sense of wonder at everything that exists here in the Now. The people jumping up and down at Eric's wedding to "Gangnam Style" seemed so happy to be doing it. Watching them, I was awestruck. Out of nowhere, like magic, there was my crazy student on the big screen.

This would all be just a miraculous if I had kept up in time. But I hadn't. I had fallen behind by weeks and months, and, with the space that time grants, gained perspective enough to look forward, and backward, and say, with the profound respect that the world always deserves, "Gee Doc - that's heavy." 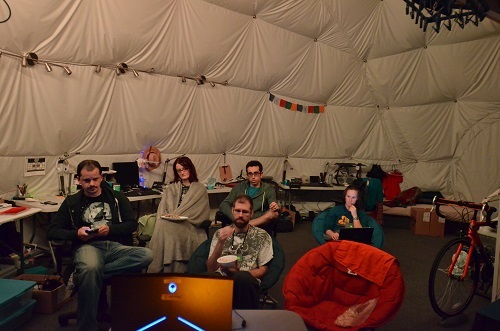 A year from now, I'll walk into the world of the future fully prepared to be amazed - and to remain standing. If Back To The Future teaches anything, it's this: surprise from time travel is all well and good... right up to the point where you pass out.