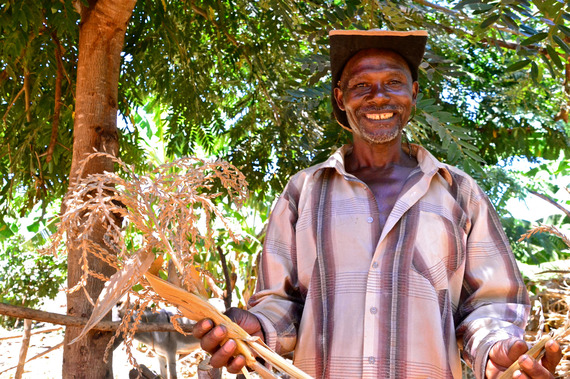 Despite getting explicit mention in the original climate change treaty, agriculture has never been amongst the key issues at subsequent climate negotiations. Quite a surprise considering the headline facts and figures. As a source of greenhouse gas (GHG) emissions agriculture is significant: around a quarter of the global total when factoring in the wider food chain and indirect impacts. Second, the most recent assessments of the best scientific evidence available indicate that agriculture is already affected by climate change, with negative impacts set to increase in the coming decades. Looking forward, meeting the needs of a growing and more affluent global population, which by some estimates would demand a 50% increase in total food production over today's levels, will require that the agricultural sector to reconcile being both a culprit and victim of climate change.

It is troubling, then, that this critical sector is not been more upfront in deliberations over a global climate agreement. But this is now changing, and we are seeing welcome progress: within the global UN Climate Change process, agriculture-related topics are being examined by one of the convention's main subsidiary bodies (SBSTA), which met last week in Bonn, Germany. SBSTA, which is tasked with providing advice on scientific and technological matters, is unique in the sense that it is able to draw in, digest and present the latest scientific findings and options from experts, whilst sitting at a distance from the politicized atmosphere of the COP. During the conference, countries considered issues relating to agriculture in two dedicated workshops. Agriculture groups hope that formal consideration of these issues by the SBSTA will raise the profile of agriculture more generally in the formal process at climate change negotiations and improve the state of, and access to, scientific understanding amongst parties.

Fueling the SBSTA's progress is salient scientific evidence. Fortunate then is the timing of the latest publications from the vanguard of climate knowledge, the Intergovernmental Panel on Climate Change (IPCC) in its Fifth Assessment Report (AR5). The second installment of AR5 came in 2014 and included for the first time a dedicated chapter on food security. This chapter characterizes the potential future effects of climate change on agriculture, identifies knowledge gaps and recommends increased urgency for adaptation within the sector. A dedicated chapter on food security such as this underscores the increasing importance of the subject, a point seemingly reflected in the evolution of chapter titles relating to food and agriculture through the Assessment Report back-catalogue. (Second Assessment Report: 'Vulnerability to climate change'; Third Assessment Report: 'Ecosystems and Their Goods and Services'; Assessment Report 4: 'Food, fibre and forest products'; and Assessment Report 5 'Food Security and Food Production Systems'). These Assessment Reports represent the current state of knowledge and global scientific consensus on climate change drivers, impacts, adaptation and mitigation; a feat achieved by synthesizing the latest peer reviewed literature.

So what kind of science is informing the IPCC's Assessment Reports chapters on agriculture, food security and land use? A pertinent question for CGIAR, a consortium of research organizations involving some 10,000 scientists, aligned to a goal of achieving a food secure future. A recent analysis of IPCC citations comparing the 2001, 2007 and 2014 IPCC Assessment Reports, revealed a notable jump in the absolute number and relative share of total citations from CGIAR researchers in relevant chapters of the latest Report. These results are encouraging because CGIAR focusses its work on developing countries and smallholder farmers, and has in its mission a focus on poverty alleviation and food insecurity. Getting more evidence about impacts and options for smallholder farmers is crucial as the literature is dominated by work in developed countries. We hope that the scientific contributions will aid decision makers worldwide to effectively and fairly integrate the interests of smallholder farmers into a global climate agreement.