GoDaddy is facing strong backlash over their latest Super Bowl ad. The ad stars a puppy who gets lost. When the puppy finally makes it home, the owner is thrilled. Why? Because she'd just sold the puppy online using a website she built with GoDaddy. 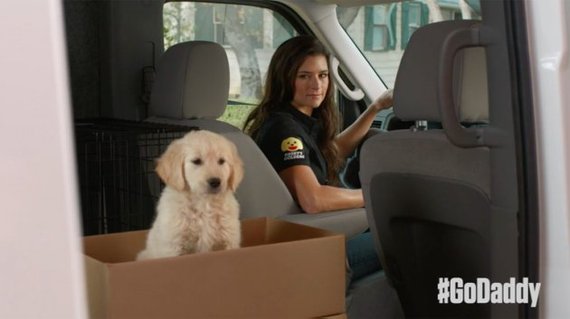 Viewers of the commercial immediately lashed out at GoDaddy online. Many found the ad to support and make light of puppy mills.

"Whether or not this was meant to be satirical, it's offensive," the petition states. "Essentially, Go Daddy is encouraging private breeding/puppy mills while shelter animals wait patiently for their forever homes or worse -- to be euthanized. ... Animal rights are no laughing matter and to portray them as such is cruel and irresponsible."

GoDaddy truly should have known this is a sensitive matter, with many animal activists fighting the good fight. Instead they opted to poke fun, hoping it would result in more sales for them.