Oscar Mayer stands by its new bacon so much, or so the company says for its newest advertising stunt, that they think it can send actor/comedian Josh Sankey across the country with it and nothing else. Specifically, 3,000 pounds of its new thick cut bacon that they're touting as "worth its weight in gold," and therefore ought to be used as currency, according to the campaign's logic. For Sankey's journey that means no cash, credit cards or anything else. Sankey plans to visit 12 American cities until his experiment concludes in Los Angeles on September 23.

Tom Bick, director for integrated marketing communications and advertising at Oscar Mayer touted the new product as a "massive, awesome bacon," to the New York Times. So far, the bacon is "awesome" enough to get Sankey a couch to sleep on in Hagerstown, Maryland for 24 bricks of bacon and tickets to a New York Jets game.

While we've seen countless displays of people's love for bacon in recent years, the Bacon Barter is perhaps the only quasi-experiment that sort of quantifies it. You can follow Sankey's escapades on BaconBarter.com or on Twitter at @BaconBarter. 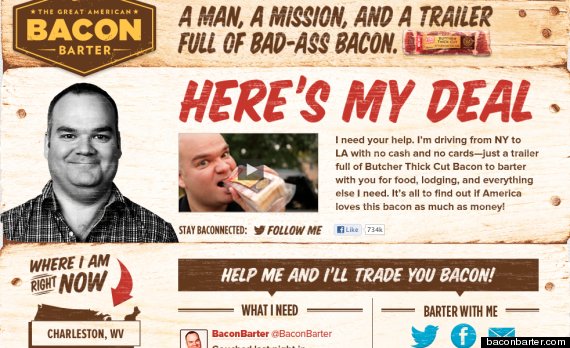 See some of the first few videos below:

Correction: The post originally stated that some bacon bartering was planned ahead of time. Instead, most of it will be planned on the fly via Twitter. 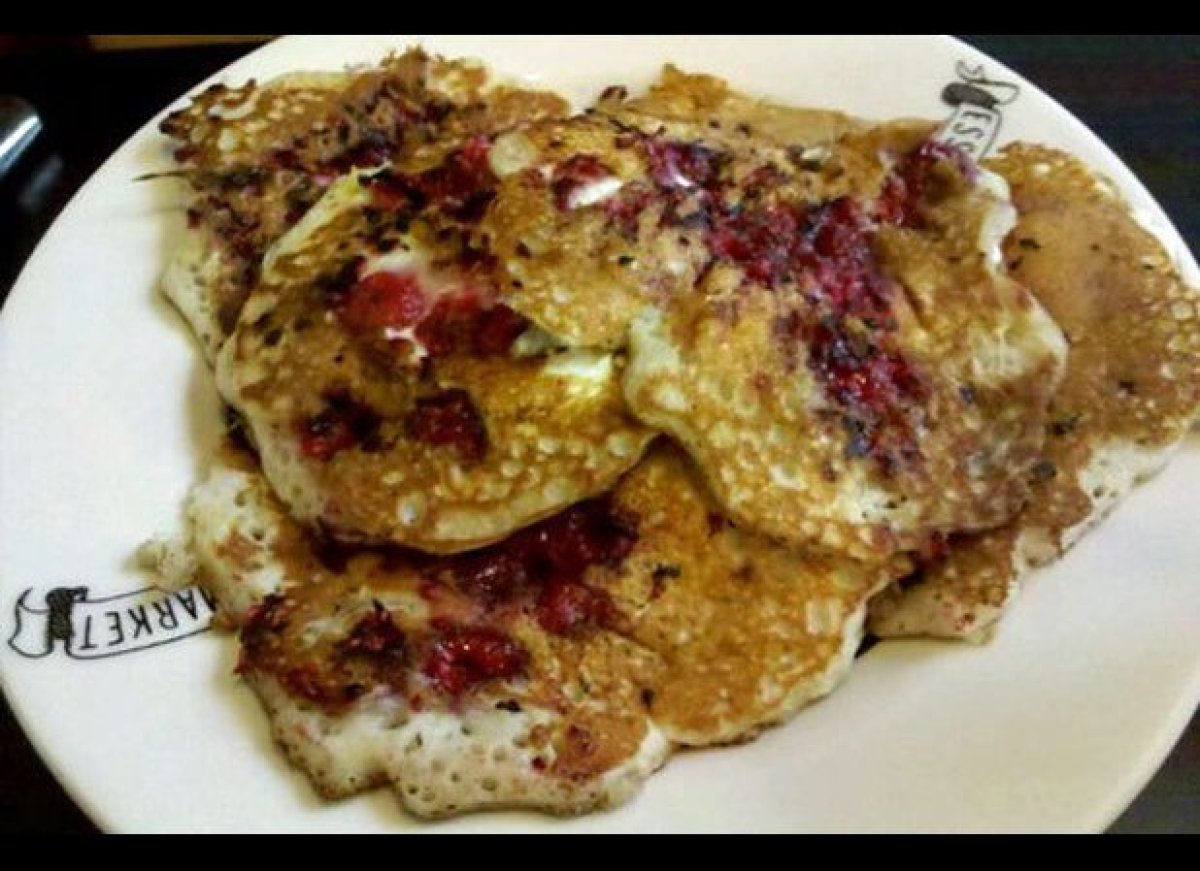 1 / 9
Melba Pancakes – Shopsin, New York City
The menu at this restaurant has more options than you can possibly imagine, so to save the time and effort of sifting through the lengthy affair, just go ahead and order the Melba pancakes. These pancakes are topped with a combination of lime, raspberry, and peach preserves as well as crispy crumbled bacon and cream cheese.  <a href="http://www.thedailymeal.com/subway-breaks-world-record?utm_source=huffington%2Bpost&utm_medium=partner&utm_campaign=bacon%2Bdishes" target="_hplink"><strong>Subway Breaks World Record</strong></a> <em>Photo Credit: © Yelp/Kevin C.</em>