It appears Philadelphia, the tried-and-true cream cheese brand, has made an effort to solve this catastrophic situation by combining bacon and cream cheese into one refrigerate-able tub.

Cream cheese with pieces of bacon tossed in the mix. Dreams really do come true is right. According to Ad Age, it took 18 months to perfect the product, but it will only take you about a minute to transport it from tub to toast and feel a lot less hungover. Kraft launched this bacon cream cheese in August 2014, and you can find it at most major U.S. grocery stores.

One might consider getting a little untraditional with the bacon cream cheese and try using it in a different kind of recipe -- like as icing for carrot cake (whoa), or as a layer in 7-layer dip (hey). There is limitless potential.

If you're more of a bagel and lox guy or gal, Philadelphia has something for you, too. A schmear of smoked salmon cream cheese spread could probably get the job done: 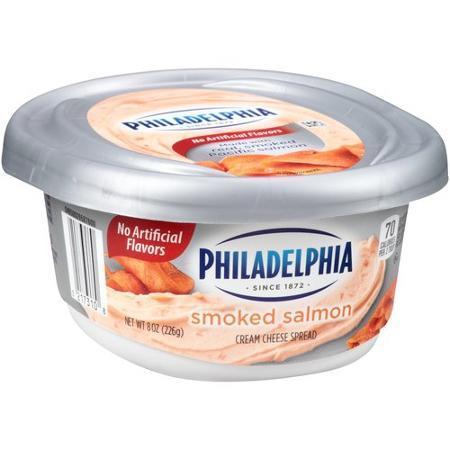 Bacon Wrapped Caramelized Sesame Asparagus
How Sweet It Is
Get the Bacon Wrapped Caramelized Sesame Asparagus recipe by How Sweet It Is
Buttermilk Bacon Pralines
Ezra Pound Cake
Get the Buttermilk Bacon Pralines recipe by Ezra Pound Cake
Bacon Wrapped Shrimp Toast
Joylicious
Get the Bacon Wrapped Shrimp Toast recipe by Joylicious via Food52
Breakfast Tacos
Macheesmo
Get the Breakfast Tacos recipe by Macheesmo
Chocolate Bacon Bark With Peanuts And Apricots
Not Your Mommas Cookie
Get the Chocolate Bacon Bark with Peanuts and Apricots recipe by Not Your Mommas Cookie
Angels On Horseback
Simply Recipes
Get the Angels on Horseback recipe by Simply Recipes
More:
cream cheeseTaste Baconbacon recipeshplifestyle
Newsletter Sign Up
An essential daily guide to achieving the good life
Subscribe to our lifestyle email.
Successfully Subscribed!
Realness delivered to your inbox