A microbiology technician stuck her son's hand in a petri dish, and reminded the Internet that we're all covered in germs. And that's not a bad thing. 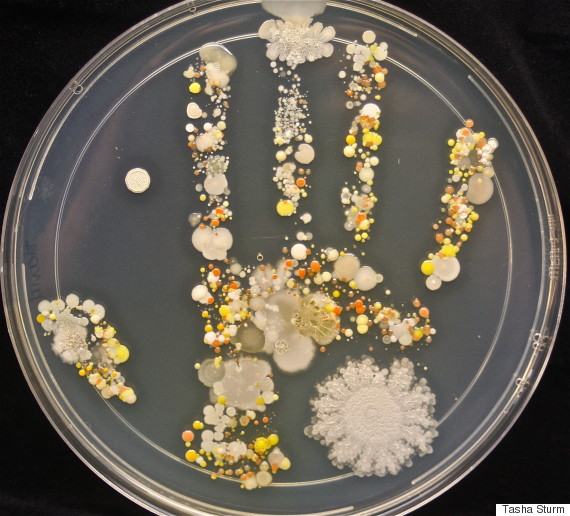 Tasha Sturm, a microbiology tech at Cabrillo College, told The Huffington Post that she had her 8-year-old son make a handprint in a petri dish filled with agar jelly.

Next, she put the plate in her lab's incubator. Warmed to body temperature and fed by agar jelly, the bacteria and fungus on her son's hand grew into the cultures you see above. The picture has been viewed 2 million times on Imgur.

“There’s nothing on that plate that was horrific," Sturm explained. The blotches are all likely common bacteria, she said.

“Bacteria is everywhere. We get a healthy immune system from things like this," she added. “There’s too much hysteria about bugs."

And her son? “He thought it was the neatest thing on the planet," she said.