Is it a cola transparently trying to capture a sense of new possibilities?

Is it a Big Pharma company reaching into the limbic system to restore its reputation, with emotionally charged images of babies, mothers and families?

It's understandable if Hillary's Clinton's "I'm running for president" video feels like you've seen it before. That's because you have. It's epically generic lifestyle branding. For those who haven't seen it, the video - called "Getting Started - is a collection of scenes showing diverse Americans who are all, in some way, "getting ready to do something new."

But the imagery and storylines are so carefully selected, so consciously manipulative, and so drearily familiar, that the candidate and her message sink to the same level of old ideas and rehashed sentiment.

Direct from the pantry of advertising clichés comes the mom going back to work, the black couple expecting a baby, the Latino brothers starting a business, the kid in the school play, the two men who profess their love, the lesbian couple, the older dude starting a new career -- at a family run business, of course.

And all those people speak directly to the camera -- a very old-school commercial technique in an era when commercials are far more naturalistic, organic, and documentary style. Dated production values are signifiers of a dated candidate.

Of course, there's a transparent attempt at narrative sleight-of-hand operating here. All these "doing something new" vignettes are clumsily designed to set up Candidate Clinton's appearance, which comes one minute and 32 seconds into the spot, when she declares, "I'm getting ready to do something, too. I'm running for president." This is an ill-conceived strategy and execution; the minute she appears and connects her candidacy to the previous examples of fresh starts, the whole artifice comes crashing down in an epiphany of manufactured falseness.

The total lack of imagination is striking; the video even defaults to the hoariest shot of all -- the concerned candidate listening to an older man in a coffee shop is trotted out at 1:33. Now, freeze your player. What do you see? Mrs. Clinton is wearing a warm coat; the older gent, just a shirt. What does that signal? She dropped in for a quick video shoot, and didn't even care enough about the conversation to take off her jacket. Shame on her media team.

Next, study the location. There is nothing on the walls, no props on the table. The place looks and feels fake. Local coffee shops and diners are visually rich, deeply local, and powerfully evocative. They could have put the candidate in a setting that communicated the rawness, reality and authenticity that she so desperately needs. These rich details communicate non-verbally; compare the thin texture of this spot to Reagan's famous "Morning in America" commercial.

The copy is no better than the visual story; it's just one flaccid sound bite after enough. Consider:

"You can do more than just get by.
You can get ahead, and stay ahead.
Because when families are strong, America is strong."

There's no inherent logic behind the syntax. The third sentence doesn't derive from the first two, yet it begins with "Because" to trick you - to create the illusion of a thesis, when it's just a random parade of bromides.

Everyone says that Mrs. Clinton is warm, funny and deeply empathetic in person, and that her public persona doesn't do justice to the real her. Well, in this commercial she exhibits none of those qualities and is not given the opportunity to let her personality shine. Her media team has done her a disservice but plopping her in front of the camera and giving her one canned line after another. 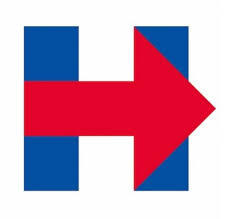 It's still early, but last time her badly run campaign botched what was widely seen as an insurmountable lead over Senator Obama.

Will history repeat itself? Could it be that this time around, despite what Candidate Clinton says, she's not doing something new, but something that's eight years old?