We love our smartphones, tablets, apps and whatnot, but we have to admit, we've noticed technology has made the world a slightly ruder place. Stores now have signs at the checkout requesting shoppers not be on the phone while they check out. Certain restaurants have even banned cell phones, because what chef wants people paying more attention to Angry Birds than the dish they've served up?

We got to thinking about other commonplace behaviors that once upon a time were considered to be rude, rude, rude. Our Facebook fans weighed in and pointed out numerous things that are no longer considered to be in poor taste. We're not sure why our culture has become so much more lax about these things, but some of them sure annoy the heck out of us. Check out our list below and make sure to add your own thoughts in comments!

According to manners expert, Emily Post, men and women alike shouldn't be wearing caps at coffee shops, libraries or the movie theater -- not to mention at church or during the national anthem. Some of our readers were bothered by the lax approach to hatiquette, while others were indifferent. It's safe to say most of us have seen the our fair share of hats indoors.

2. Wearing skirts above the knee -- everywhere.

We've long passed the days where modesty was the norm and it was a total scandal for a woman to wear a skirt above the knee. But there are some places where we might still expect someone to dress a little more conservatively -- we're talking funerals, places of worship and the like. But ask anyone and they've probably seen someone flashing a little too much thigh when they probably shouldn't have been. Even the future queen, Kate Middleton, has had a penchant for showing off her impossibly thin legs (and we would probably too, with that figure). It's rumored that the duchess was advised by the queen to seriously reconsider her hemlines during future royal appearances.

3. Contacting someone after 9 p.m.

Remember when we relied on good old landlines (some of us still do) to actually talk? Yes, people used to do that. We used to chat on the phone in the evenings with our friends, talk about what happened at school and make plans to hang out. That was before texting, snapchat, gchat and emojis did all the talking for us. And back then, it was taboo to call a person's house too late. If you were a kid calling a friend or boyfriend/girlfriend, their parents would surely pick up and inquire as to why you were calling at such a late hour. Or, even as an adult, you risked waking up an early sleeper who had already gone to bed and didn't want to be bothered. Nowadays, it's totally common to send emails, texts and whatnot at all hours of the day, when it's convenient for the sender, not the receiver, thanks to the mute button on our phones.

The art of the invitation just isn't what it used to be. Rarely do people call each other to invite one another over for dinner, plan to meet up or schedule a coffee date. It's all texts, emails, evite and Facebook events. Before technology made invitations a piece of cake, it took a little more to cancel on someone than just the click of a button. How many times have we bailed on an event just because we were too lazy and it was just too easy to back out? Nowadays, we can opt out last minute, with the click of a button or a quick text. Heck, Facebook even allows you to answer an invite as a "maybe" for those of us with commitment issues. Real helpful. The non-confrontational stand-up just makes it all too easy to flake out.

5. Paying more attention to something besides the person in front of you.

The rudest of all behaviors, many of our fans said. The sad thing is, we're so addicted to our phones that many of us have probably done this without even realizing it.

"It bugs the heck out of me when friends I'm with are texting non-important messages to their family and friends. It's just plain rude," said reader Teresa Ciulla.

"It's interesting watching couples together at a restaurant and instead of talking to each other they are both on their phones texting!" said Matt Randall.

If you're out with a friend while you're reading this, please put it away. We beg you. 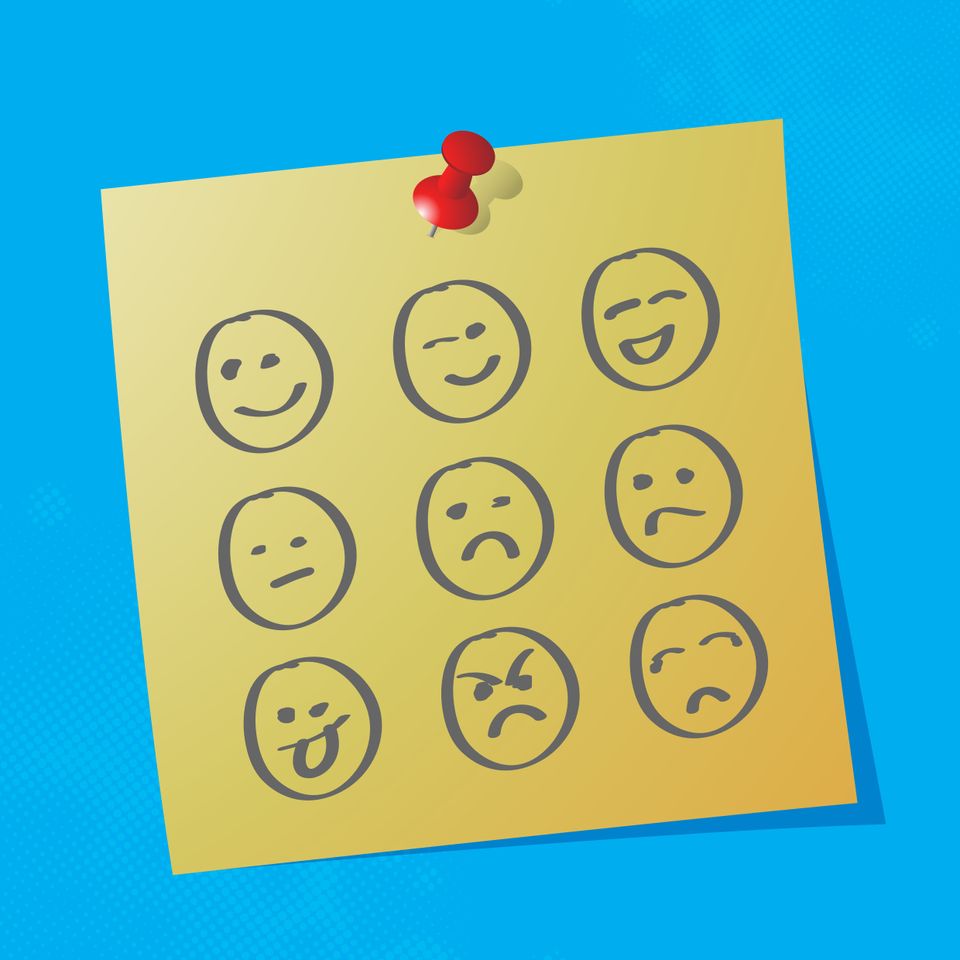 1 / 5
You never use emoticons
What are you, some kind of robot who FEELS NOTHING?
Shutterstock