As the debut of Taylor Swift's highly anticipated, star-studded music video approaches, Lockhart Brownlie shares what life is like being the handsome backup dancer whose swift transition from one star to another resulted in all the bad blood between Taylor and Katy Perry. 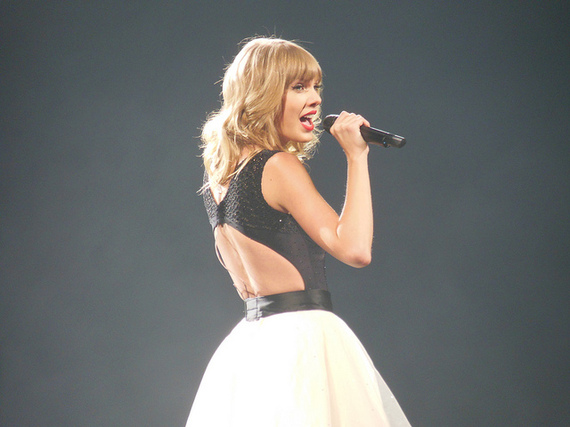 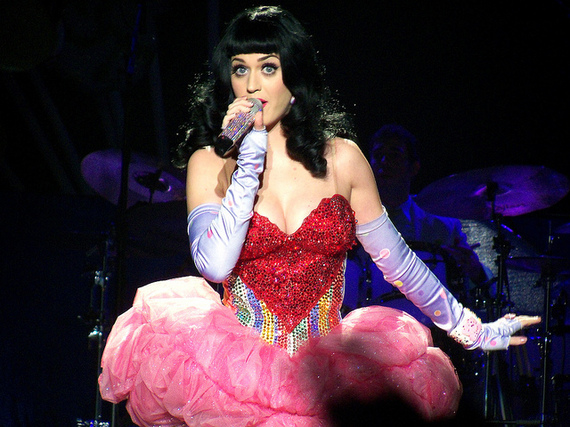 If you've spent any time on the internet the past week chances are you've caught wind of the buzz surrounding Taylor Swift's music video for her hit song "Bad Blood" which will be making it's debut at the Billboard Music Awards at 8pm ET. The making of the video quickly gained hype and has been driving swifties (Taylor Swift fanatics) crazy because Taylor and her team have released several cinematically designed promotional posters for the video featuring sneak peeks of the "cast" which include over a dozen of her closest friends: everyone from supermodels Karlie Kloss and Cara Delevingne to rap star Kendrick Lamar and even actresses Ellen Pompeo (Grey's Anatomy) and Mariska Hagirtay (Law & Order: SVU).

Rumors have been circling for months that Katy Perry is the target of Swift's song, in which the seven time grammy winner sings about being stabbed in the back by a friend, thus creating bad blood between them where there used to be "mad love." In her Rolling Stone interview that followed the release of 1989, Swift admitted to being pissed at another female star, stating, "she tried to hire a bunch of people out from under me...she basically tried to sabotage an entire arena tour," referring to the enemy she declined to name, though Katy Perry was the supposed culprit. The rumors rang true when three of Taylor's dancers were confirmed to be working with Perry and joining her on her Prism world tour after leaving Swift's Red tour six months in.

Apparently, relationships between singers and backup performers are hardly exclusive, but it's got to hurt when someone snatches your crew away mid-tour simply because they can.

Jake Sasseville, host of the Jake Show and Editor-in-chief of Profoundly Human, is known for his gritty and personal interviews with those who dwell behind the scenes. On his radio show, he's had both high profile and hilarious guests from Beyonce's publicist to comedy writer Sarah Colonna, who worked beside Chelsea Handler for years. This week, he got an exclusive one-on-one with Lockhart Brownlie, the lead backup dancer who found himself at the center of the Taylor-Katy controversy.

Although the Tasmania-born performer is no stranger to spotlight, he's incredibly down-to-earth and easy to talk to. He began dancing at a young age and was one of the only boys in his town doing so, he admitted. He faced his fair share of bullying, but I'm sure anyone who gave him sh*t regrets it now. Lockhart Brownlie, or just Locky to pals, has gained great success and heaps of media attention (focused both on his talent and his physique) in the past few years, but he doesn't let the fame go to his head as he genuinely enjoys what he does and works hard at it. Brownlie told Jake Sasseville that he felt the beat inside of him at just two years old.

What's more, Locky has been on hit shows such as Glee and True Blood, as well as a dancer in the Australian production of Wicked. As for working beside America's pop princesses, Locky told Jake that the "vibes and relationships" existing backstage are important to him as a performer when considering who to work with. He previously confessed to the Examiner that Katy is "like family" to him, so when she contacted him and the two other dancers, their loyalty to Perry proved absolute. Locky explained that although he enjoyed working with Taylor Swift and had a lot of fun when he did see her, she is much more "protected" and "untouchable" than Katy Perry.

Despite the reasoning behind Brownlie's decision to leave Taylor Swift for Katy Perry, or Perry's perceived agenda to "sabotage" Taylor's shows, I think it's safe to say Swift has successfully assembled a bigger and badder crew than anyone could've predicted. Featured in the "Bad Blood" music video are 18 stars recruited from all over the stardom map, clad in black leather with badass aliases. At this point I wouldn't be surprised if she shocked us with more unannounced cameos come the debut, but if we can bet on one thing it's that Locky Brownlie and Katy Perry are two big names we probably won't be seeing among the Bad Blood posse. 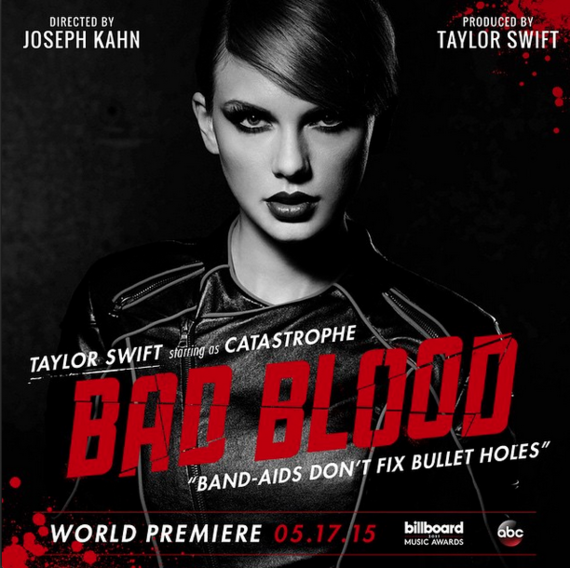