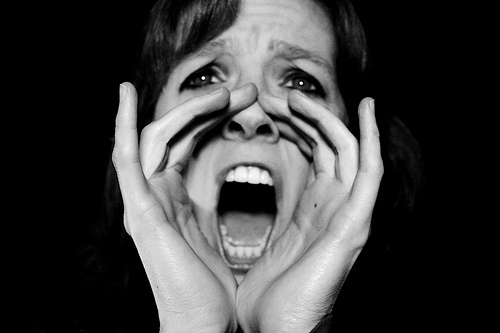 Bosses are like pets and toddlers. They need to be taught appropriate behavior. Bosses are not born knowing what behavior we need from them.

So if you want to end up with a good boss, you'll have to train him. Here are some suggestions for how you could help your boss improve:

When your boss asks you to do something for him, you could say, "How 'bout you do it yourself?"

Instantly, your boss will realize that you believe he's capable of doing the work himself and he will be flattered by the compliment. Everyone likes compliments and everyone feels good about themselves when people openly acknowledge their capabilities. In addition, it will teach him self-reliance which he will need to do this assignment by himself.

When your boss asks you to do something for him, you could say, "Do you really think that's a good idea?"

Asking the boss to rethink whether the assignment is a good idea that will hone his critical thinking skills. The question will allow him to articulate why he's asking you to do the task and give him an opportunity to re-evaluate the efficacy of that assignment. A slightly annoyed tone in your voice will subtly remind the boss that he should have considered this before barging into your office and interrupting your nap.

When your boss asks you to do something for him, you could say, "Kiss my minimum wage ass!"

Studies have shown that women are paid less than men for doing the same job because they don't ask or demand to be paid more. Bosses can't be expected to remember everybody's salary so this response will remind the boss that you are being paid as little as legally possible and you would like to be paid more.

When your boss asks you to do something for him, you could say, "How 'bout no?"

When your boss asks you to do something for him, you could say, "Over my dead body."

No one likes to be reminded of his or her mortality but there are times when the boss needs to envision your death on the job and consider the potential subsequent legal actions that could arise if you were to die on the job. No one likes to pay exorbitant amounts of money to lawyers and wrongful death lawsuits require lawyers. Perhaps the boss could find someone else at the company to do the task.

When your boss asks you to do something for him, you could say, "I don't know. Maybe. But right now I have to take a crap." Then roll your eyes heavenward, heave a big old sigh and head out the door.

This will remind the boss that you are a human being and not a robot. It will also remind him that your bodily functions take time away from the amount of time you have to perform his assignments so perhaps he will take that into consideration next time he allocates a period of time for performing a task. Time allocation is a skill you can help him learn.

When your boss asks you to do something for him, you could say, "I'll think about it."

This will impress your boss with your sober reflection on the request and teach him patience. He wants what he wants when he wants it because he has the big office and owns the company but he needs to learn patience. No one gets everything they want when they want it. You can help him learn this valuable lesson while simultaneously showing him that you are a thinker.

When your boss asks you to do something for him, you could say, "Nope."

Brevity is always appreciated in an office environment, as is honesty and clarity. There is nothing long-winded about "nope." There is nothing dishonest or ambiguous about "nope." You haven't wasted a lot of anyone's time listening to you when you answer "nope." Bosses need to learn that no one likes to hear anyone drone on and on about what they want and what they need, even if they're hearing it from the boss.

So no need to complain about your boss, anymore. Take control and change him! Teach him!

Just remember, there is no such thing as a bad boss: only an untrained one.

photo credit: shout it out. via photopin (license)